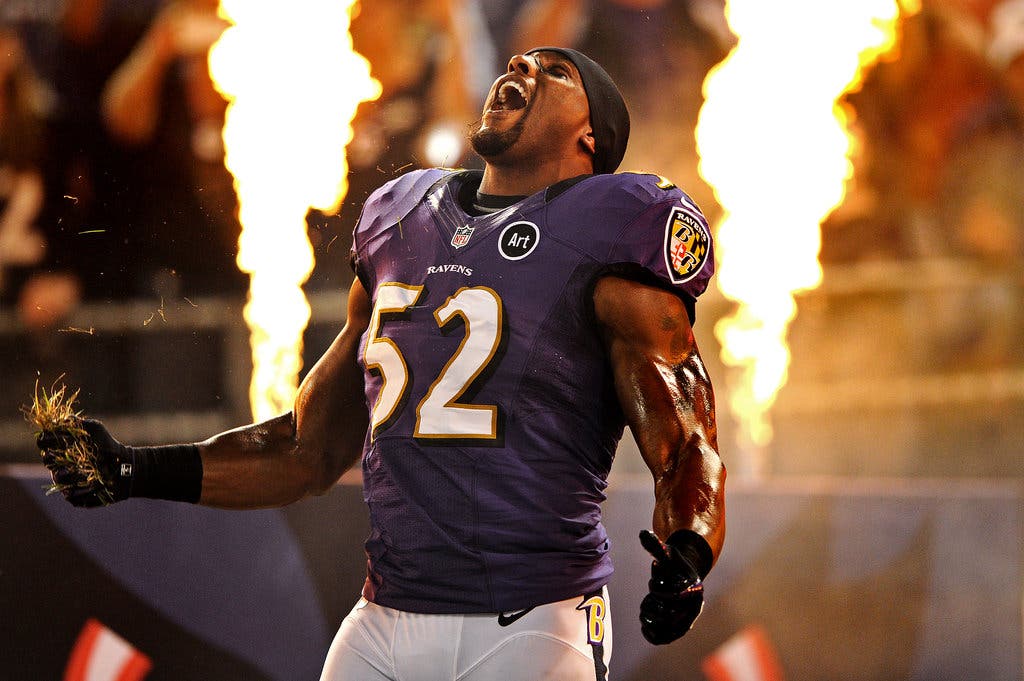 The Baltimore ravens have had a long history with highs and lows, and these are (in my opinion) the best players in ravens history.

Lamar Jackson is a great QB, but his big game play is not nearly as good as playoff named "January" Joe Flacco is. It is hard for Ravens fans to forget the Mile High Miracle, but he has not shown that talent in the regular season. 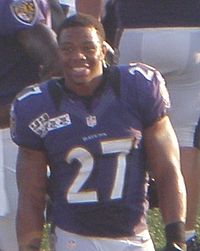 There is no doubt that if the Running Back position was just about running the ball, Jamal Lewis would be the starter. But Ray Rice was an amazing receiving back, and one of the top plays in Ravens history was "Hey, Diddle, Diddle," when Ray Rice took a six yard pass on a 4th and 29, Chargers 13, Ravens 10, and turned the play into a thirty yard gain, just long enough for the first down. Ray Rice's career was also cut short because of an assault allegation, but during the time previous, he had over 1,100 yards rushing in four straight seasons, and could have had it in six if he was given more carries as a rookie, and had not been injured in his last season.

Leach was the best of the Ravens many great fullbacks.

Anquan Boldin was an extremely reliable receiver, who stepped up at all the right moments, was arguably the Raven's best receiver, and Steve Smith Jr made a comeback with the Ravens after leaving disrespected from the Panthers.

Derrick Mason was more known for his tenure with the Titans, but he proved to be a reliable veteran for the Ravens. He also leads the team in receiving yards. Jacoby Jones was a great return specialist, and is most well known for scoring the best play in Ravens history: The Mile High Miracle.

Torrey Smith was undoubtedly the best receiver the Ravens have ever drafted, with strong hands and trusty legs. Rashod Bateman is an unproven receiver, but he looks like he has a lot of potential. 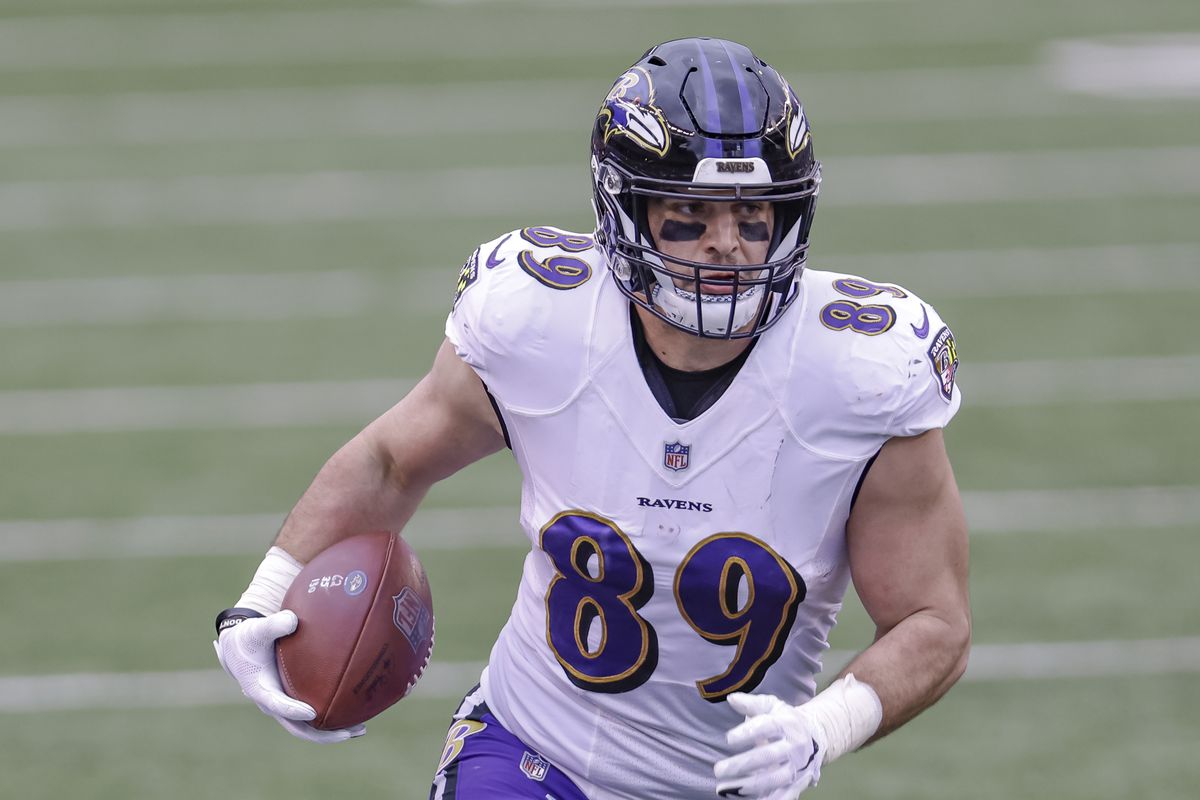 With all due respect to every other Ravens tight end ever, Mark Andrews is the best. He is is coming of a season where he had a ravens-record 107 catches for 1361 yards, also a ravens record. Pitta was an a tight end who didn't have the greatest YAC, but when the time came, he would catch that ball in the end zone.

This is is perhaps the most obvious spot on the roster, with both being reliable tackles, and Ogden being a Hall of Famer. 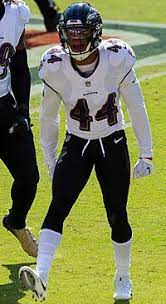 Marlon Humphrey is the best Ravens corner after six years. He isn't an elite ball hawk, but he can do his fair share when needed. Marcus Peters has the most interceptions of all active players in the league right now.

Chris McAllister is the best Ravens corner. Ladarius Webb was a decent ball hawk, and you could trust him to make a play where it mattered most.

Adams shut down the run like no other. It's a shame the Ravens didn't have his talent for longer.

Ngata is a ravens legend, and the best Raven to ever play DT.

He has the third most sacks of any Raven. He is a DT.