Black Monday 2016: Could Mike Pettine make a Return to Baltimore?

As the Black Monday, and in this year's case Sunday, casualty list rolls in, the Ravens could consider yet another released head coach to take their defensive coordinator spot--one with history with the team.

Share All sharing options for: Black Monday 2016: Could Mike Pettine make a Return to Baltimore?

In the undeniable trend that Coach John Harbaugh has formulated a plan over the last few years of hiring former head coaches for his coordinator and assistant spots. Because of that, there lies another possibility if the Ravens were to part ways with defensive coordinator Dean Pees: freshly fired Cleveland Browns head coach Mike Pettine.

Pettine spent a significant part of his career coaching in Baltimore, under tutelage of then-Defensive Coordinator Rex Ryan.  He is very familiar with the mantra of playing like a Raven and the attacking style of defense that comes along with it.

Pettine may not have been the quick fix that headship in Cleveland wanted, but he had some shining moments there.  His Cleveland team beat both Pittsburgh and Cincinnati by 21 points in 2014 and at one point was in the division lead with a 6-3 record.  He managed the comeback win against the Ravens in Baltimore earlier this season.  He has 5 years of defensive coordinator experience, all of them ending up with Top 10 defenses, including the #1 defense overall with the Jets in 2008 (although Rex Ryan purportedly called the plays that year).

The large drop in run defense rank may have been part of the reasoning behind the Jets allowing for Pettine's contract to expire.  That trend would not work in Baltimore, where everything is predicated on stopping the run.

The Browns never had that statistically good of a defense once Pettine stepped in and hired Jim O'Neill as his Defensive Coordinator.  There are a plethora of reasons why Pettine did not remain as coach, ostensibly, and one could be the release and injury of key members of the defense whom had helped mold the unit into a respectable one before Pettine's time.

Pettine has a general reputation of being a player's coach; he comes from a player's coach's tree in Rex Ryan.  His handling of the Johnny Manzel circumstances this season did not seem overly authoritative but seemed supportive while firm.  He would probably get along with the players because of that and his history with Baltimore.

The main question would be Pettine's relationship with Harbaugh.  Rex Ryan wanted the Ravens job after the 2007 season, and when he didn't get it, he spent one season under Harbaugh's authority.  While most accounts have him getting along with Harbaugh that season, he also has been quoted as saying the teams's hiring decision was "B.S." Pettine proved to be more in the Ryan camp, leaving with him for New York instead of staying for potential Ravens promotion.  Yet, 4 years later he opted to be on Doug Marrone's Buffalo Bills staff rather than stay with Ryan. It was reported that Pettine "wanted to get out of Ryan's shadow." Therefore, he might not have conflicting brand loyalty when it would come to Harbaugh, especially if the man pursues Pettine to employ him.

Perhaps these postulations will be moot after Black Monday and the Ravens' season-ending press conference.  For now, the speculation is entertaining. 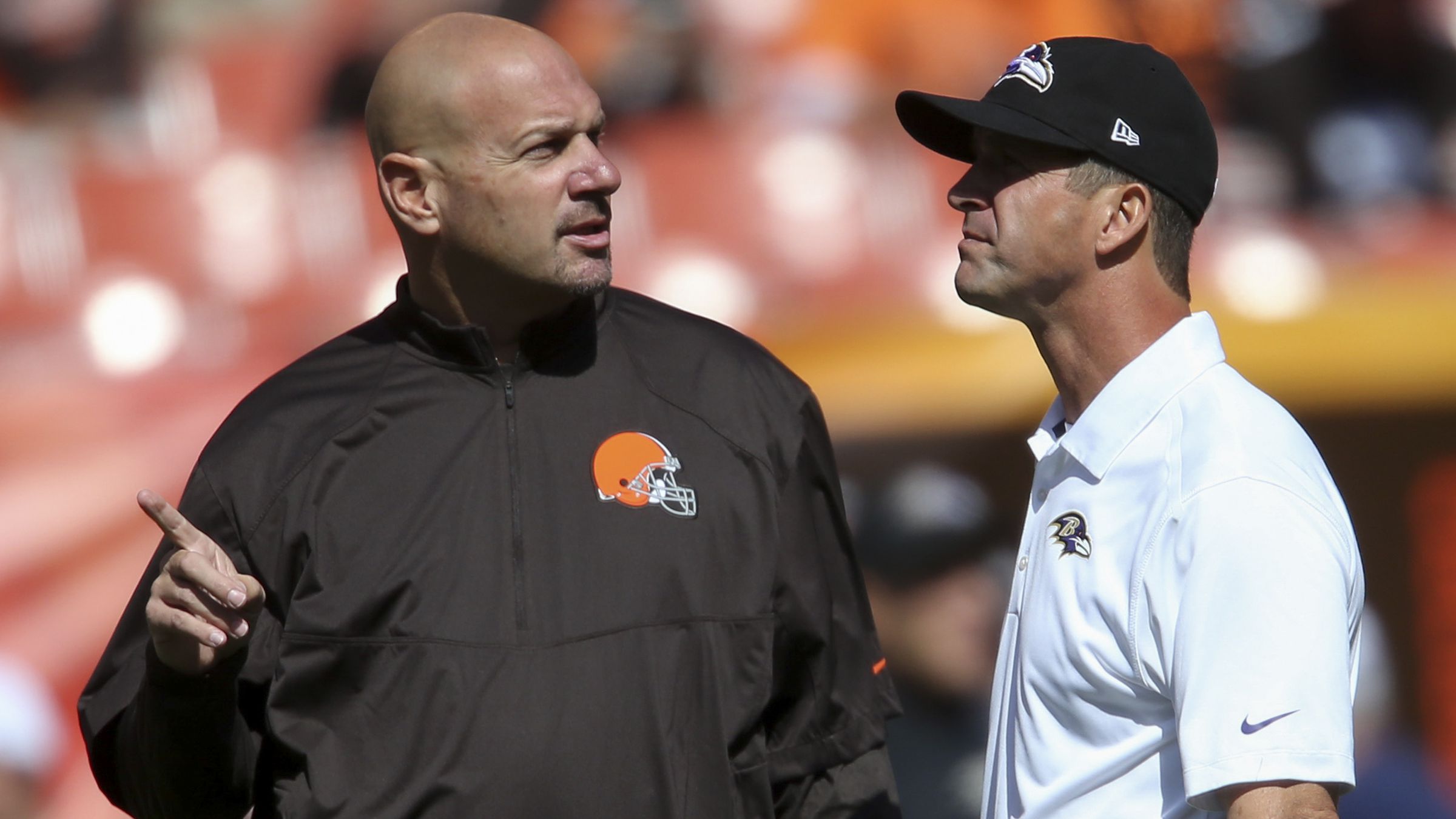 Even better would be the reality of a return to dominance for the Ravens defense.  Pettine has the right DNA.