Losing sucks. Losing twice in a row is even worse. Starting the season with back-to-back losses is not how we expected to start this new year and it stinks. 0-2 looks hideous and how we got there eats you up. There is a lot of uncertainty surrounding this Ravens team after two very different performances and that, above all else, is what's making me (along with so many others) uneasy. First, the offense was flat while the defense balled out but then, in the next game, the offense was no longer a burden yet the defense looked like it was the world's worst traffic cop as it couldn't stop Carr from driving all over them. It was baffling and maddeningly frustrating.

Then I thought about it, took a deep breath, calmed down, and told myself: It's just two games. Yes, that's right. Our season isn't over as it has only been two. games.

I know that's an obvious thing to say and doesn't answer any of the uncertainty surrounding this team but there's a comforting feeling in knowing there are 14 games left to play with a real chance to win every one of them. We were not uncompetitive in our losses and we certainly didn't get blown out. That we weren't embarrassed in our defeats like the media darlings Colts and Eagles were should be a source of relief. That, despite all of our eneven play, we were so close to being 2-0 or 1-1 should speak volumes on the makeup of this team. I have extreme confidence that this squad isn't going to lose its spirit or motivation this early and that, despite his flaws, we know Harbaugh can keep a team together and focused through trying times. There will be tweaks coming and even the smallest fix could be huge.

If that doesn't help make you feel any better, here are 8 other teams who also lay at 0-2:

There are some good teams on that list. Some were early favorites to make the playoffs and even the Superbowl. How we all got to 0-2 is different, and the teams are not equal, but that's not the point. The point is we're not alone at the bottom and even talented teams lose games and sometimes even twice in a row.
To try and put things more in perspective, here's a list of teams who have 1 win:

That's 14 teams that have only 1 more win than the Ravens currently. That means 22 other teams in the NFL have 1 win or less right now. There is fear that we're going to take too long in joining this group and go 0-3 or even 0-4 and while that is a very real possibility, I just don't believe that it is going to happen. Now, maybe we don't win a high seed or even the division, but as long as we make the playoffs again-- I couldn't care less what the record was. This team is talented enough to beat anybody and it hasn't even reached its full potential yet. 10-6 will probably be good enough to make the wildcard and I think we are certainly capable of 7 home and 3 road wins... don't you?

Bottom line is this: I have confidence in our coaches, players, and this team. Let's get our first win by kicking some Bengal butt this weekend and put some of these fears to rest.

But can we just stop doing this, please? 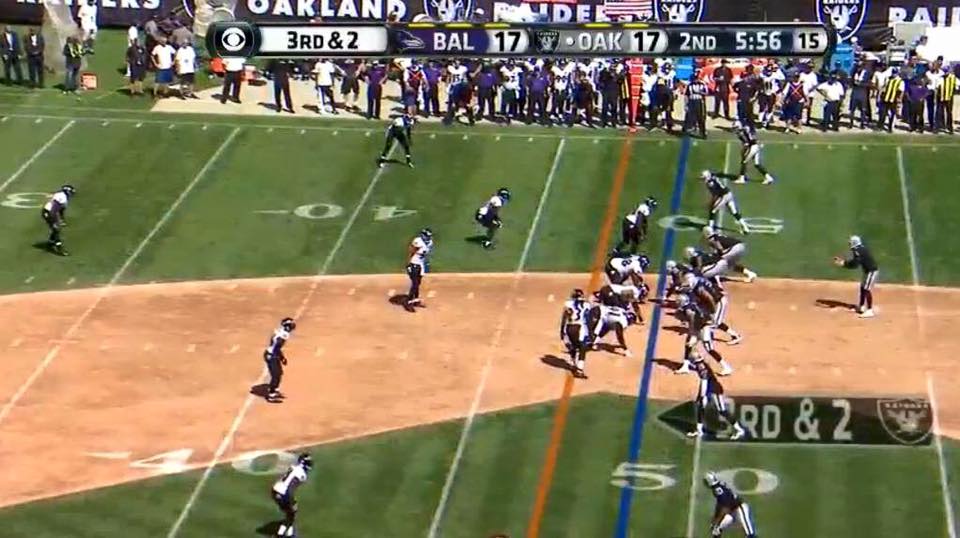 I don't think anyone would lose any sleep if this was the first thing to go.