#Chuckstrong Not For Long; Pagano Reportedly to be Released by Colts

This story has incredulously been brewing all season, and his relationship with the GM in Indianapolis has been boiling. What could be next for Coach Pagano?

Share All sharing options for: #Chuckstrong Not For Long; Pagano Reportedly to be Released by Colts 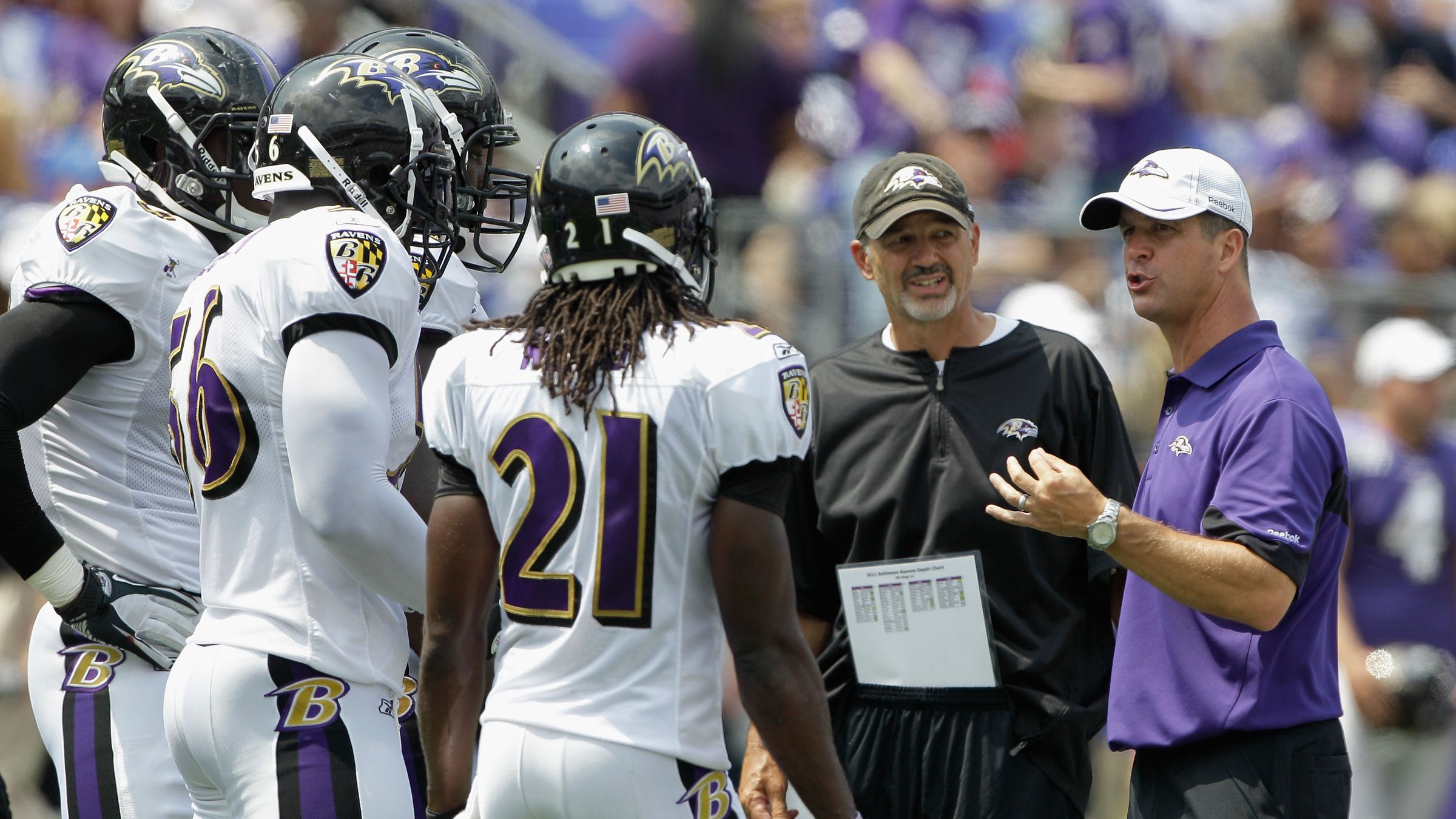 Pagano's Colts have suffered through a nightmarish season of injuries and offensive dissonance, the latter leading to the firing of Offensive Coordinator Pep Hamilton after week 8.  Currently, they are on the proverbial outside looking in at the playoffs, and need help from literally a quarter of the league in order to qualify.  The reports have it that if he does not make the playoffs, he will be released.

Pagano said, exactly one day ago at a press conference, that he is going to "Fight (his) a** off" in order to keep the job.  This belies rumors early in the year, where reportedly, people close to him said that he did not see himself able to keep the job another year.  Then, on Monday Night Countdown in conversation with Baltimore's own Ray Lewis, Pagano said that he hopes this "is my last job...I'm not going nowhere."

That's a double negative, folks, literally meaning that he IS going somewhere.

It would not be a surprise to see Ravens fans begin clamoring for the return of Chuck to Baltimore sidelines.  His attacking defense in 2011 was one of the league's best, finishing 3rd in overall defense, 2nd in rushing defense, and 4th in pass defense.  The players loved him, flourished in his system which was not too hard to grasp, and played hard for him.  It was the attacking style defense that is a trademark of Baltimore football.

But the question remains, would he truly retire if fired?  Reports of a contentious relationship between he and General Manager Ryan Grigson may have tainted this season and left him wanting to finish more properly.

So, as NFL Nation awaits the final regular season Sunday to see how everything and everyone falls into place, here is a completely biased list of three ways to get Pagano back into Baltimore:

1) Send Ray Lewis to talk to him. They were very tight and Ray can be very convincing.

2) Send Ravens Owner Steve Bisciotti, Coach Harbaugh and GM Ozzie Newsome to find him the day after the season ends. I realize that this would be very difficult for Harbaugh, a loyal boss; perhaps the caveat could be that Pagano is wanted for a space on the staff until things can be clarified concerning Dean Pees.  Or, release Coach Pees in the morning and fly out in the evening.  Pees will find another position.  The Ravens badly need to retroactively define their defense.

3) Give him the title and pay of Co-Head Coach. Harbaugh is not threatened by this, he has done it before.  Should some silly thing surface like the rumored Philly approach of Harbaugh, now or down the road, Chuck would be a good fit.  Yet, the true purpose would be to get a ring WITH Harbaugh.

And then #Chuckstrong could go out the way he would like. 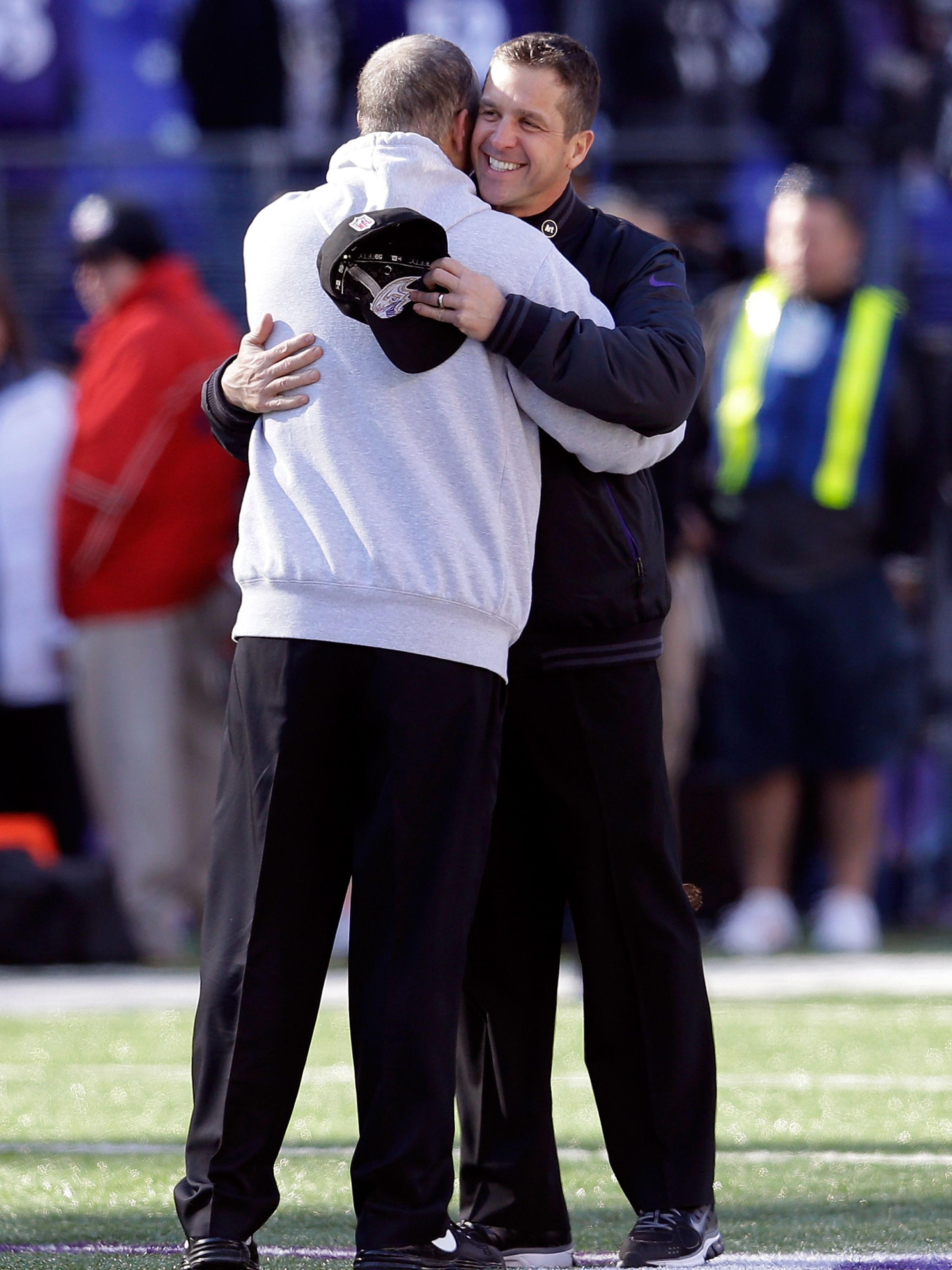