When Joe Flacco signed his $120.6 million contract this past summer, there was a lot of debate over the "real" Joe Flacco - was he the quarterback who had a historic playoff and was the Super Bowl MVP?  Or was he the inconsistent Joe Flacco from the regular season?

It remains to be seen how Flacco will play for the remainder of his contract. However, 2013 was undoubtedly one of the worst seasons in Joe Flacco's career. His QBR and touchdowns thrown were the lowest since his rookie year, his passer rating was a career low, and he threw a career high 22 interceptions.  In short, the dream that Flacco's playoff run from 2013 would become the new normal never materialized.

But why exactly did Flacco regress in 2013? And can those reasons be fixed? Below, I review what I see as the top three reasons for Flacco's subpar regular season.

The biggest reason for Flacco's subpar year was his regression in the deep passing game. Flacco's calling card so far in his NFL career has been his cannon of an arm and his ability to hurt opposing defenses with the big pass.  That's why the Ravens passing offense is designed for deep passing plays that heavily feature speedy wide receivers like Torrey Smith and, on occasion, Jacoby Jones. Flacco has ranked in the top 3 in deep passing attempts since 2010, and it remains a vital part of the Ravens offense. When the Ravens complete three or four deep passing plays a game, they're really tough to beat. 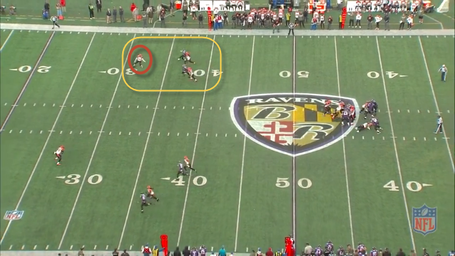 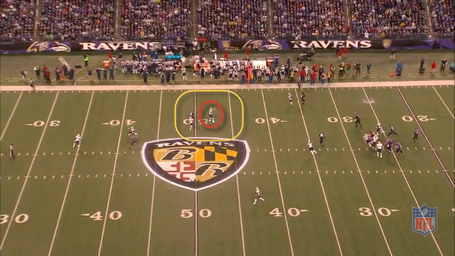 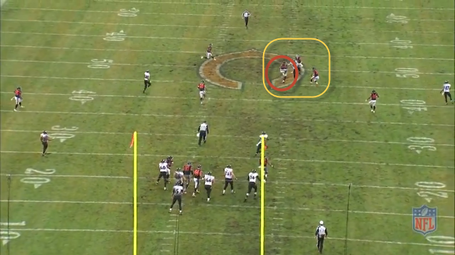 Flacco deep ball problems weren't limited to reading the defense and trying to force balls into double coverage. He also had a tendency to underthrow his receivers this year, which also contributed to the rise in interceptions. Again, I've outlined three examples where Flacco underthrows a receiver deep, leading to an interception. Against the Browns, Flacco underthrew the ball so badly I had to use a different camera angle for the screenshot. 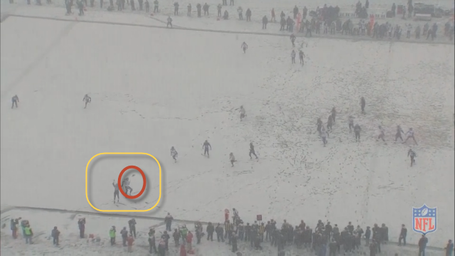 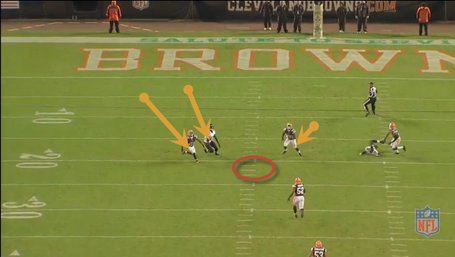 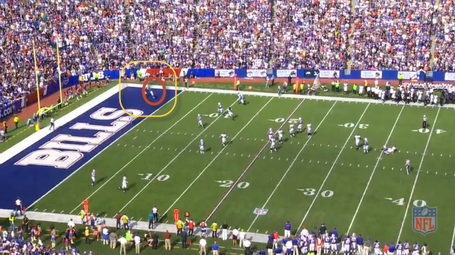 The most distressing part of Flacco's regression in the deep passing game is that with all the Ravens difficulties replacing offensive personal from 2012 (more on that in a bit), Flacco's primary deep targets in Torrey Smith and Jacoby Jones were still on the team.  If Flacco is going to live up to the contract that the team gave him last summer, he's going to need to return to improve his deep passing numbers back to where they have been for the rest of his career.

After the Ravens traded Anquan Boldin and Dennis Pitta dislocated his hip, there was every reason to believe the offense would suffer. Both players run crossing patterns that stretch the defense and open up the run game, and their improved play in the 2012-2013 postseason was a huge reason the Ravens were able to make a Super Bowl run.  Read this excellent MMQB piece from the start of the season that predicted many of the offensive problems the Ravens faced this year as a result of the injury and the trade.

But even the most pessimistic Ravens fan probably wouldn't have predicted just how much other parts of the offense would struggle this year. Traditionally, the Ravens have been a run-first offense that uses a deep passing game to open up the run game. But this year, the Ravens were one of the worst rushing teams in the league. According to the advanced stats site Football Outsiders, the Ravens ranked 31st in the NFL in rushing DVOA, which adjusts for the strength of the opposing rush defense.  With the run game struggling, opposing defenses then adjusted their defenses more to stop the pass, which contributed to Flacco's struggles.

Not only that, the Ravens offensive line was awful the entire year. There really isn't enough space in this article to talk about how horrific the Ravens offensive line was this past season, but there is a lot of evidence that the extra pressure hurt Flacco. According to Pro Football Focus, Flacco threw 10 interceptions while under pressure in 2013, up from just 3 interceptions in 2012. And many times, the protection was so bad the defenders were able to get to Flacco while he was throwing, resulting in an interception. Below, I outlined to examples where just that happens. 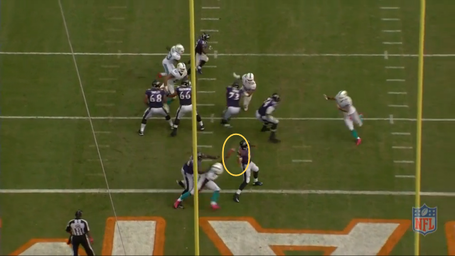 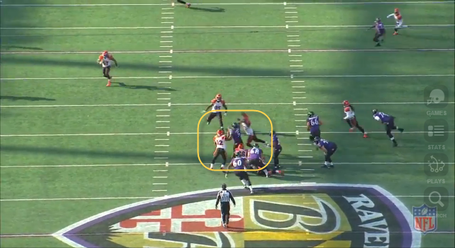 I'm a big Joe Flacco fan. I think he's the best Ravens starting quarterback I've had the pleasure of watching and he has led the Ravens to one of the longest periods of extended success in our franchise history. And in many ways, it's understandable that Flacco had the year he had. With one of the worst offensive lines and rushing attacks in the entire year, opposing defenses knew that they only had to stop Flacco to stop the Ravens offense.

But just because his supporting cast wasn't up to snuff doesn't mean Flacco should get a free pass on the year. The one area of stability on the offensive end, his deep threat wide receivers, was the area he struggled the most in 2013.

But more importantly, Flacco was paid like someone who can be successful despite a flawed team around him. And so far, it appears he's not there yet.