Share All sharing options for: X's vs. O's: Ravens-Broncos matchups to watch

The Ravens are about to take on the Broncos for the third time in their past eight games.

That alone has left both teams extremely familiar with each other. The Broncos won the first meeting 34-17 in Week 15 of the 2012 regular season. The Ravens won the more important second meeting in the divisional round of the playoffs, 38-35 in double overtime.

Both teams are talented and well-coached, making this a great showcase for the NFL in Week 1. 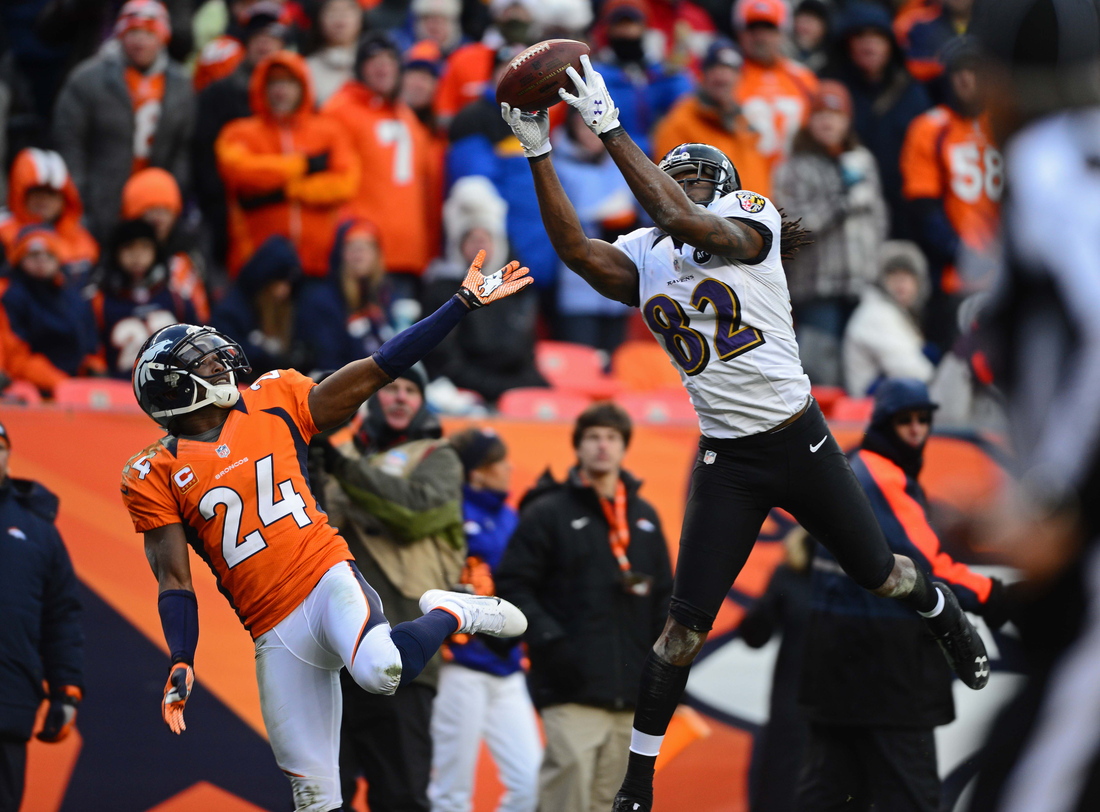 This, of course, assumes Bailey will play, which isn't a foregone conclusion at this point. Bailey has been unable to practice this week due to a foot injury, putting his playing status in doubt. However, it will definitely take a lot to keep Bailey out of this contest. Assuming he's able to go, he'll have to deal with Smith, who got the best of Bailey in the playoff game in January.

Bailey did limit Smith to just one catch for 14 yards in the regular season meeting. But Smith got behind Bailey a couple of times in the divisional round, recording three catches for 98 yards and two touchdowns. If Joe Flacco can get the ball to Smith behind Bailey and the Denver secondary, it could be a long day for the Broncos' defense, considering Von Miller won't be available.

Smith could be the key to set the tone for Baltimore offensively. His success should open up things elsewhere on the football field. 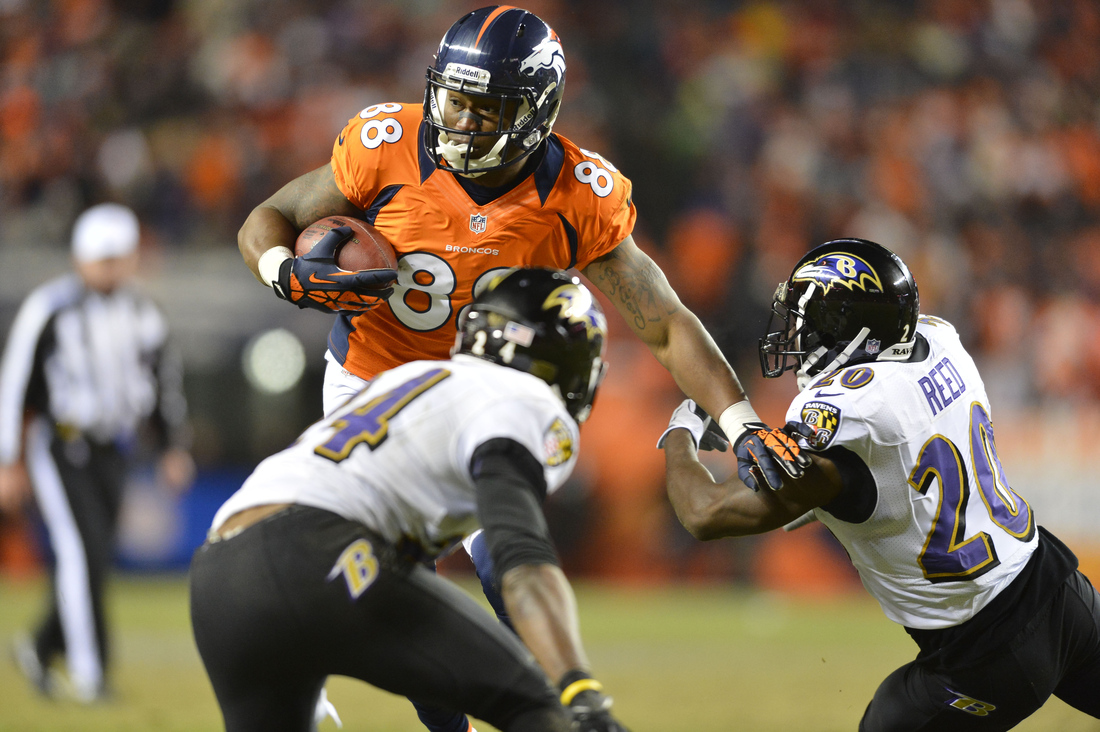 A year ago, Demaryius Thomas and Eric Decker both went over 1,000 yards and caught double-digit touchdowns. And then the Broncos went out and added Wes Welker to play the slot.

The Broncos possess the best receiving group in football and have an elite quarterback throwing them the ball. It will be on the Ravens' defensive backs to do their part to keep these dangerous wideouts in check.

The Ravens will welcome Lardarius Webb, who tore his ACL in Week 6 last season, back with open arms as they'll need him to man the left side of the field. Jimmy Smith should play a good bit as the Ravens will primarily be in nickel throughout the game.

Working the slot, with the responsibility of covering Welker, will likely fall on Corey Graham. There's a chance Webb could move into that role, as both he and Graham can play the position, but Webb is Baltimore's best all-around corner and will need to man one of the deep-threat receivers down the sideline. Welker generally works the middle of the field, an area Graham defends well.

Remember, Peyton Manning's overtime interception in January came on a short pass over the middle to slot receiver Brandon Stokley (now with Baltimore). It was Graham that picked it off. 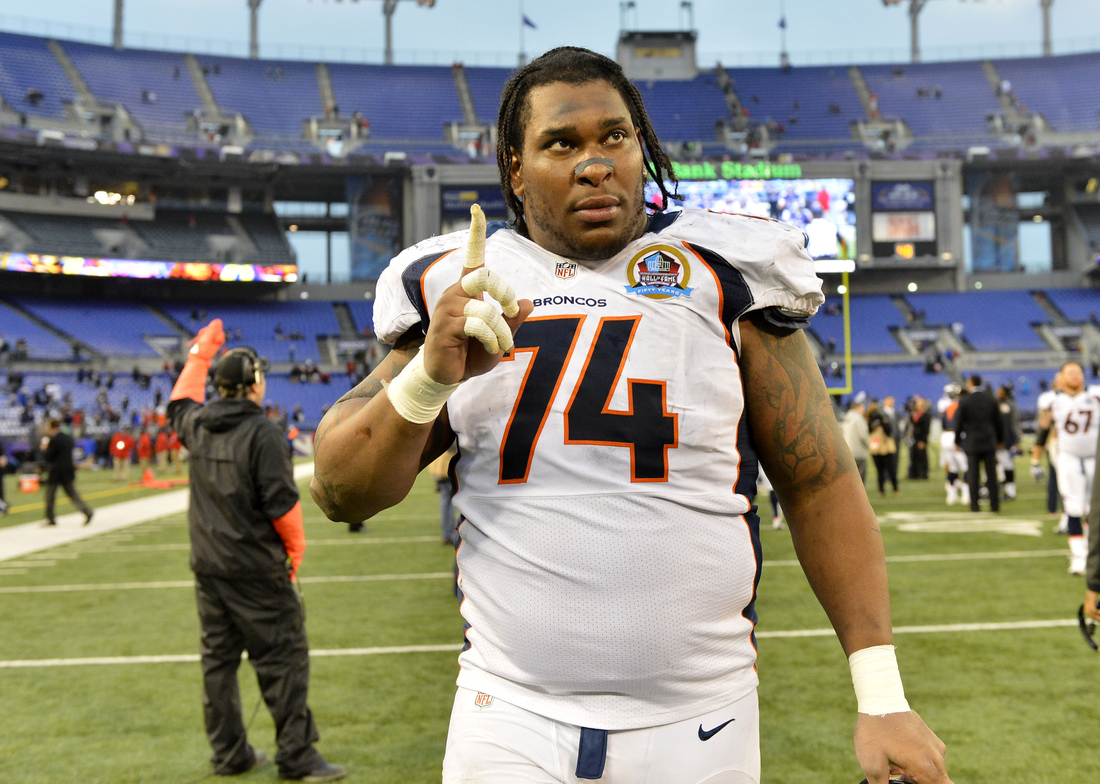 Terrell Suggs and Ryan Clady figure to have a pretty good battle on Denver's left side of the line. But they key to any success from Baltimore's pass rush lies on the other side with Dumervil and Upshaw battling Franklin. Upshaw will get some snaps, but Dumervil may play the majority of the game since there figures to be more pass rushing opportunities.

It will be on Baltimore's front three and inside linebackers to stop the run, whether it's Montee Ball, Ronnie Hillman or Knowshon Moreno. If that happens, Dumervil can go to work on former teammate right tackle Orlando Franklin, who's a very reliable right tackle for the Broncos.

If Dumervil wins this battle, then Manning could be forced into quick throws, which bodes well for a defense. Manning is one of the best at getting rid of the ball, so all Franklin needs to go is give his quarterback an extra second or two of time with Dumervil bearing down.