Ravens safety James Ihedigbo the 'glue' that holds the secondary

John Harbaugh was extremely complimentary of James Ihedigbo during his Monday press conference.

Share All sharing options for: Ravens safety James Ihedigbo the 'glue' that holds the secondary

James Ihedigbo wasn't expected to be a starter.

But the strong safety that came to Baltimore a year ago proved a lot of prognosticators wrong by winning the starting job this preseason. Ihedigbo has gone a step further to where he's now considered one of the leaders in the back end.

"James has been kind of the glue back there," coach John Harbaugh told reporters Monday. "He's been the guy that's made all the calls for us. He's the guy that gets us into the right coverage and that unwinds the formation for us. So, he's done a great job of that."

Ihedigbo was impressive in Baltimore's 30-9 win over Houston. He finished with nine total tackles (two for loss) and two pass deflections. The kind of outing he had enabled him to do his celebratory dance quite a bit — something he calls the grave-digger.

Here's an example from the Houston game of how valuable Ihedigbo has been so far. 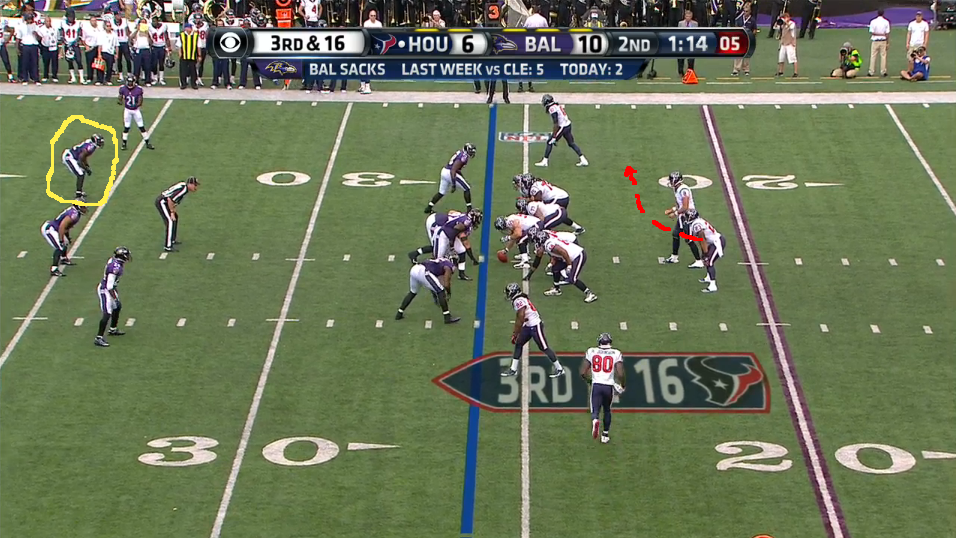 Ihedigbo lined up just behind the Houston 35-yard line and about 15 yards away from where Texans quarterback Matt Schaub and running back Arian Foster were. The play here is for Schaub to fake the receiver screen (or possibly throw it if it's open) and then screen Foster the other way.

It's third-and-16 for Houston and there aren't too many plays on offense designed for this. But one way to spring something big in this situation would be to misdirect a defense. 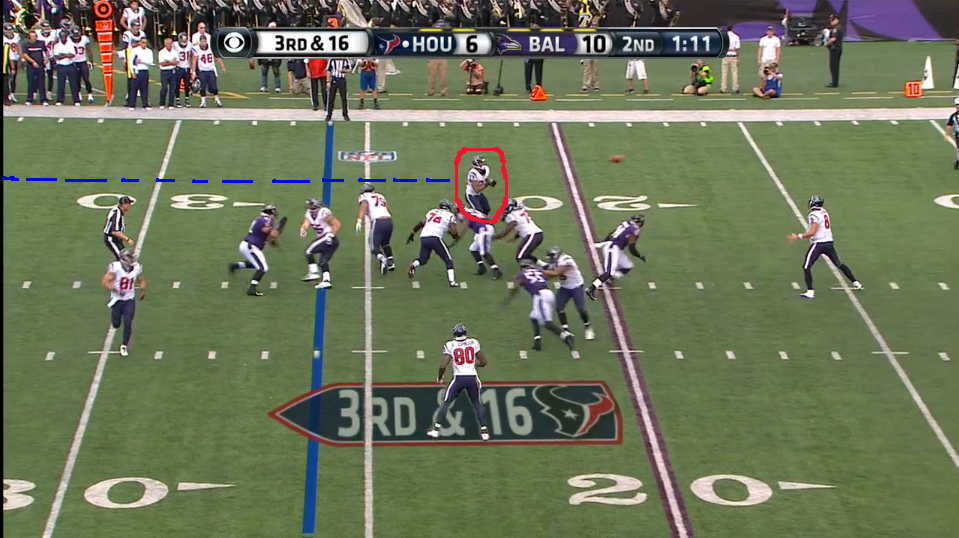 When Schaub releases the ball to Foster, Ihedigbo is at least 11 yards from him (which is what the blue dotted line represents). In this camera angle, Ihedigbo isn't even in the screen. As you'll soon see, he recognized the play and is closing as fast as possible. 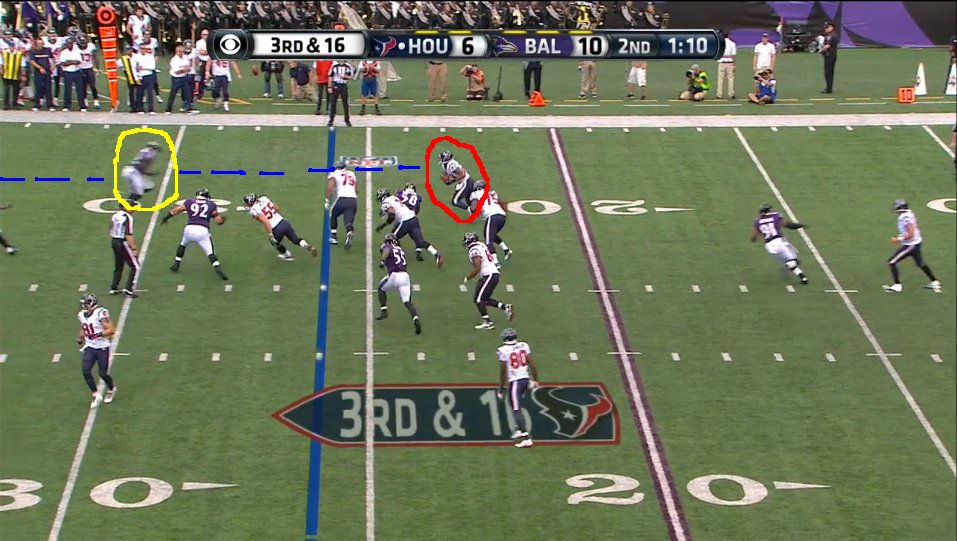 When Foster catches the ball, Ihedigbo has already closed in. Here's something to notice as well: Elvis Dumervil, Terrell Suggs and Haloti Ngata are in chase mode. Foster has them beat to the right sideline at this point.

But look at where Ihedigbo is. In that one second it took for the ball to finish traveling to Foster, Ihedigbo made up some ground and is flying down at full speed and about seven yards away. 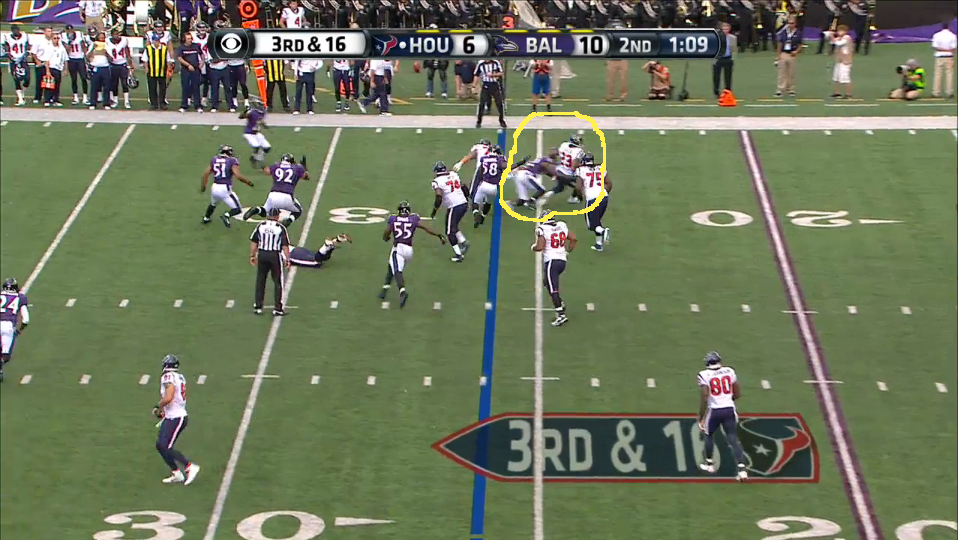 Foster was three yards from the line of scrimmage when he caught the ball. Ihedigbo was a little more than four yards from it and seven from Foster. With Ihedigbo diagnosing the play and possessing a full head of steam, the Ravens' safety meets Foster for a 2-yard loss. 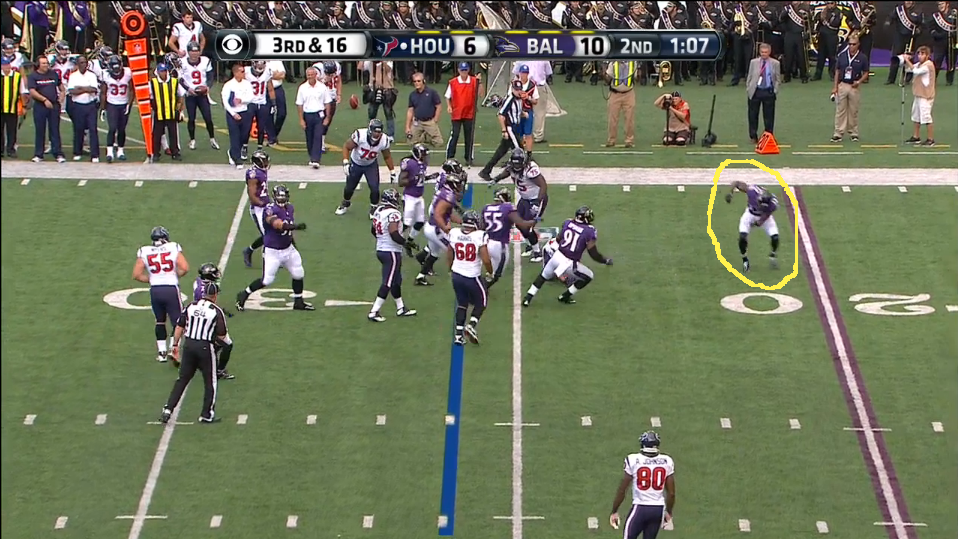 As a result, Ihedigbo was able to do his grave-digger celebration.

Ihedigbo was a big reason why the defense was able to keep Houston out of the end zone.

"We know in the secondary that we have to play to a certain level if we want this team to go where we plan on it — where our goals are," he said following the win. "Once again, at the top of our goals on our board is no touchdowns. We’re going against a high-powered offense like this, [and] when you do that it means a lot."