Breaking down Daryl Smith's interception for a touchdown

The inside linebacker perfectly read a Matt Schaub pass and intercepted it for a touchdown during Baltimore's win over Houston on Sunday.

Share All sharing options for: Breaking down Daryl Smith's interception for a touchdown

It was a simple read for Daryl Smith.

Recognizing the formation from film study, Smith recognized that Texans tight end Owen Daniels might be faking an out and turning it into an in-route across the middle. Smith, who came to Baltimore this offseason in free agency after spending his entire career prior to 2013 in Jacksonville, baited Texans quarterback Matt Schaub into the throw during Baltimore's 30-9 win Sunday.

Smith then pounced on it and took it back for a touchdown. Baltimore's offense had struggled to that point with the Ravens down 6-3. Smith's score put Baltimore up 10-6 and got the crowd fully into the game.

"It was just something we've seen on film through the week," Smith told reporters after the game. "We've been getting pressure on him, but he was getting rid of the ball pretty quick. I knew I had a chance to jump it. We got pressure on that play, and I jumped the route, and I was able to take it for a touchdown."

Here's a look at how Smith was able to do it. Note: It was simple, yet a thing of beauty. 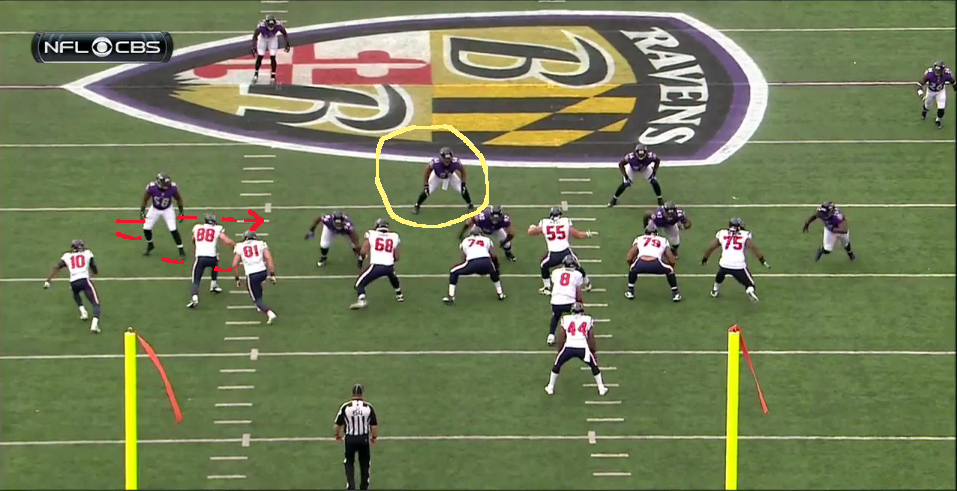 The Texans are in a pistol formation with trips to the left. Daniels is running an out-and-in. Smith, who recognized the play, drops back to fool Schaub into thinking he's looking for something deep. 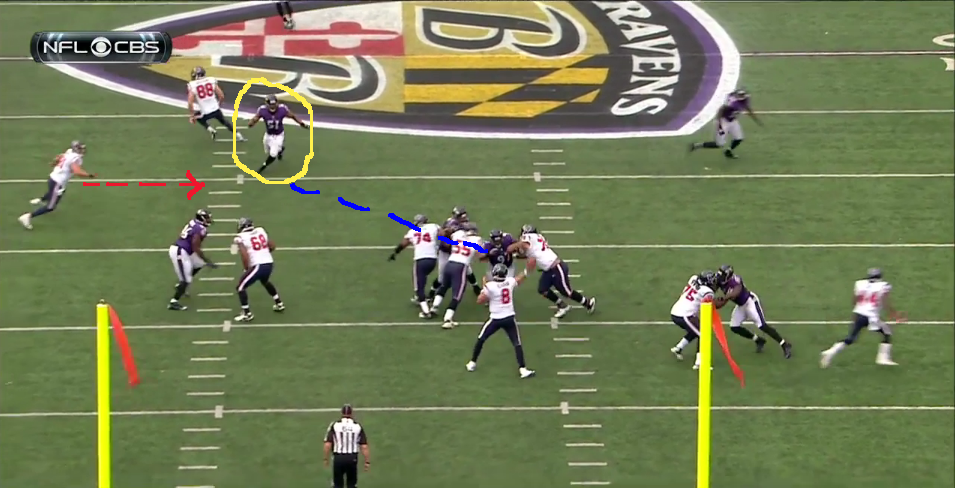 Schaub, quickly after receiving the snap and seeing Smith initially drop back, sees pressure up the middle from Haloti Ngata. Based on the quick pressure, Schaub wants to hit Daniels crossing over the middle.

In theory, Daniels gets a quick hitter and then can turn it up for a gain of five to eight yards. He makes this quick read because in that split second, he thinks he has Smith dropping back. But as you see in the photo above, Smith is already jumping the route before Schaub releases the ball. 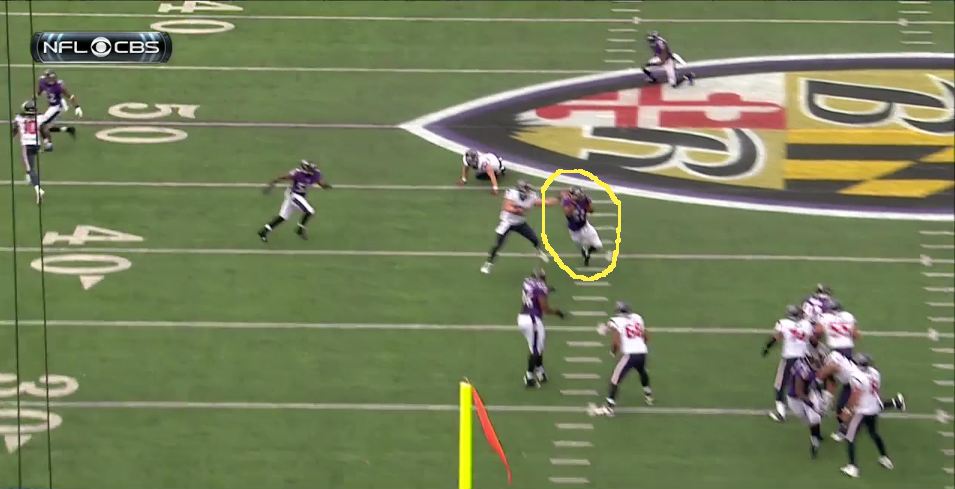 The film study paid off for the veteran linebacker, who beats Daniels to the ball. Even if Daniels got there first, Smith was closing in so quick that it might've been an incompletion following a hit anyway.

Smith then has a lot of wide open green space to take the ball 37 yards the other way for a touchdown. It gave Baltimore a 10-6 lead and helped swing the momentum. Tandon Doss' 82-yard punt return for a touchdown after Houston's next possession gave the momentum to Baltimore for the remainder of the game. 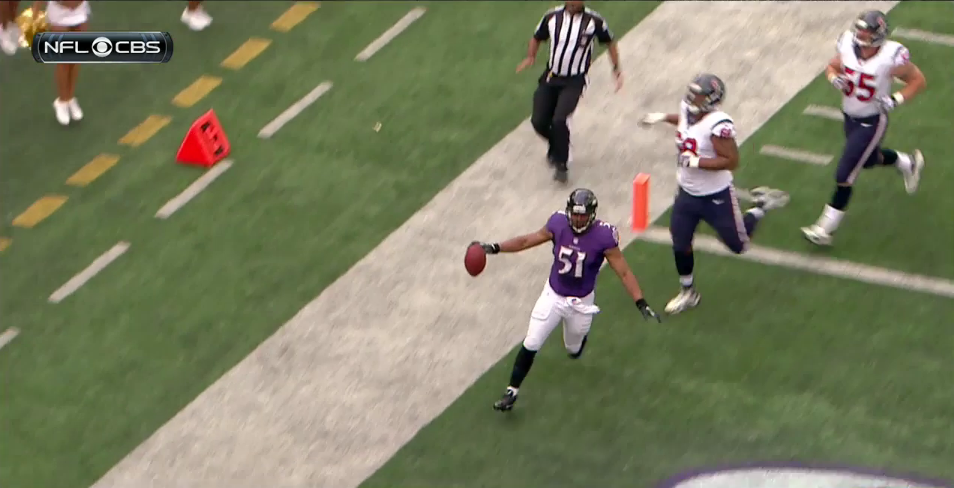 And there's Smith in the end zone, capping off a great play from an experienced linebacker.

Smith has turned into one of the best offseason additions for this roster. People forget how great he was in Jacksonville for the sheer fact that the Jaguars have been bad for so many years.

Smith has fit in with this Ravens defense and will hope to continue making these kind of plays.

"We just knew we had to come in and grind it out," Smith said. "It was definitely a team win, and [we’re] just happy to get it done."