Here's Baltimore Beatdown's breakdown for Sunday's game between the Ravens and Browns.

Share All sharing options for: X's vs. O's: Ravens-Browns 3 matchups to watch

With the Ravens and Browns ready for a 1 p.m. kickoff time, here are this week's matchups to watch: 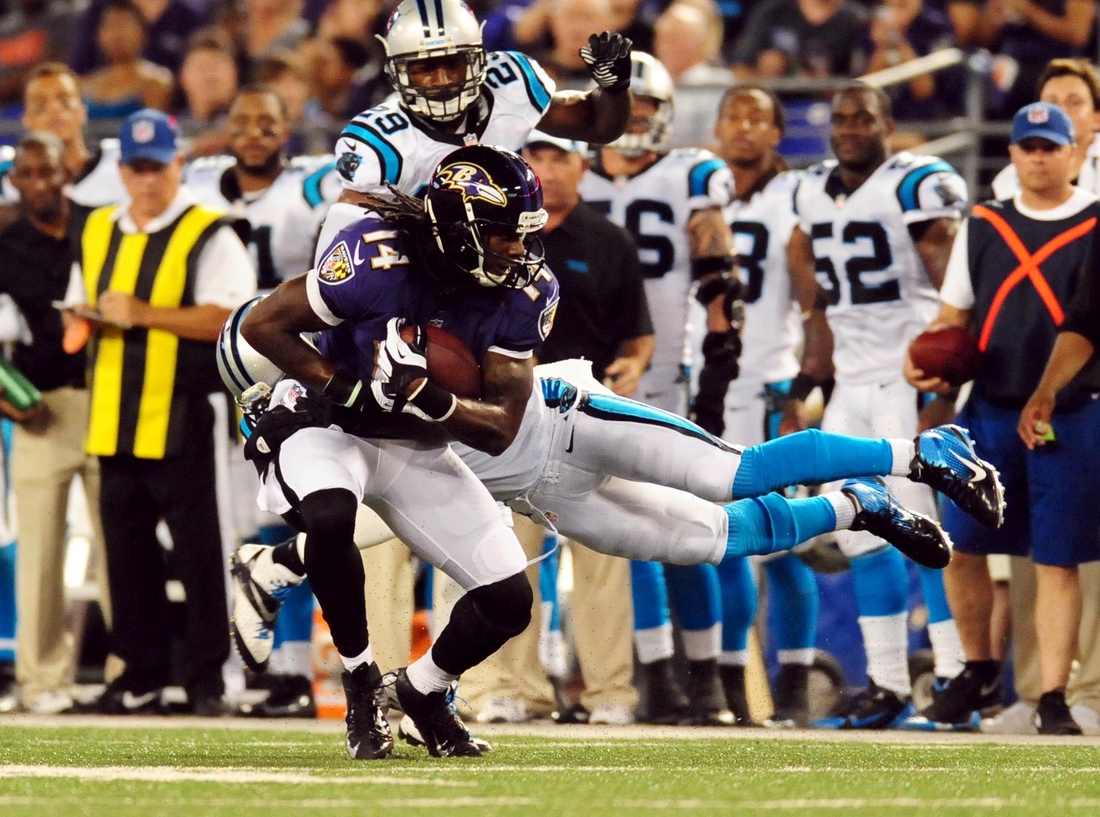 We all know Torrey Smith and Joe Haden will have a battle on one side of the field. Haden did a great job limiting Mike Wallace to one catch for 15 yards a week ago, infuriating the receiver to the point that he would not talk to the media even though the Dolphins won 23-10.

With Haden checking Smith, this could be another great opportunity for the undrafted rookie receiver out of Georgia to shine. Brown will draw cornerback Buster Skrine for most of the contest. In last week's Browns-Dolphins game, Brian Hartline had nine receptions for 114 yards and a touchdown, with the deep score he had coming with Skrine in coverage.

Other Ravens receivers and tight ends could have some opportunities too. Dolphins receiver Brandon Gibson had 77 yards on seven catches against the Browns as well.

Point is that even though Haden is a premier NFL cornerback, he doesn't have much help opposite of him. It could be something the Ravens take advantage of. 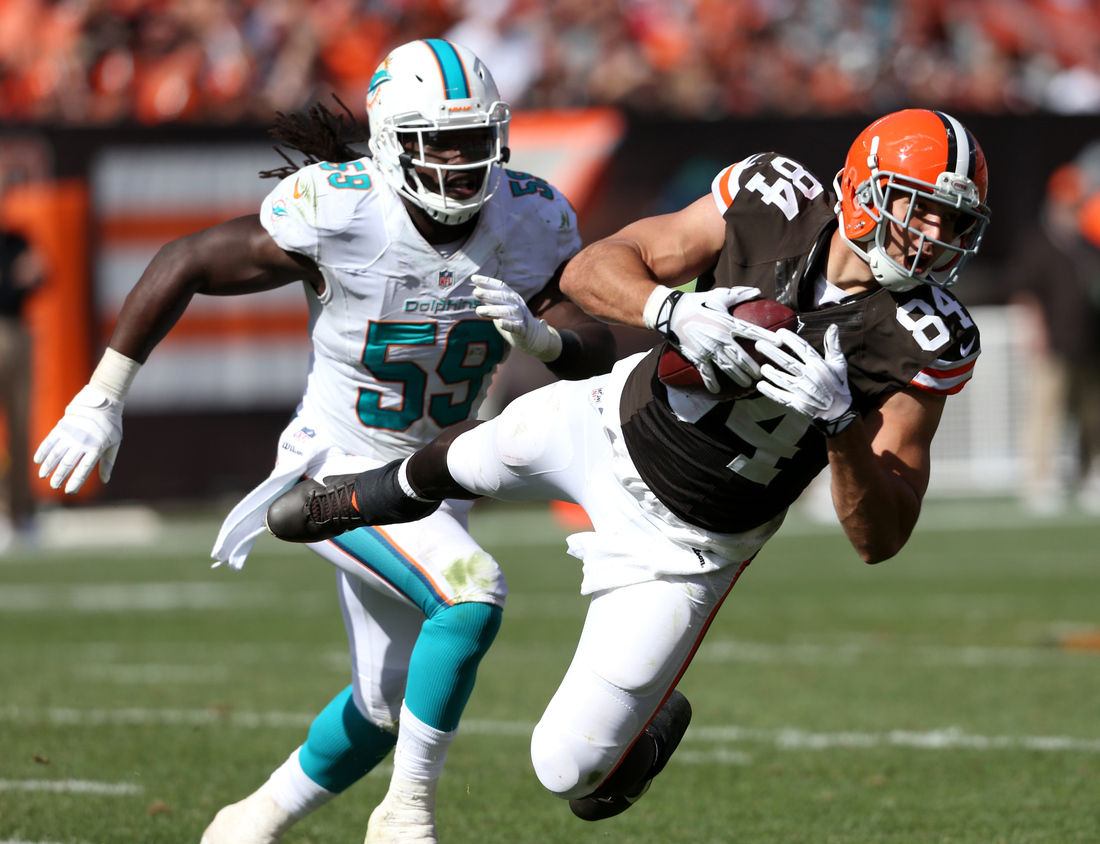 Baltimore's safeties did not defend the tight end well against Denver, allowing Julius Thomas to catch five passes for 110 yards and two touchdowns. Then again, Thomas was a bit of an unknown before his Week 1 breakout performance.

Certainly the Ravens were aware of the buzz surrounding Cameron throughout the preseason, before he wound up with nine catches for 108 yards and a touchdown against Miami. Cameron's another one of these former basketball players that, for whatever reason, translates well to a tight end in football.

Michael Huff and James Ihedigbo had poor games tackling a week ago. Coverage was spotty against Thomas in the first half, but that could be attributed to the fact that 1) Peyton Manning was Denver's quarterback, 2) Demaryius Thomas and Eric Decker were split out wide, and 3) Wes Welker was in the slot. Notice that once the Ravens accounted for Julius Thomas in the second half, plays for Demaryius Thomas opened up.

The safeties will need to do a good job containing Cameron in the passing game. Cleveland doesn't have many other passing weapons, at least until Josh Gordon gets back from his suspension. 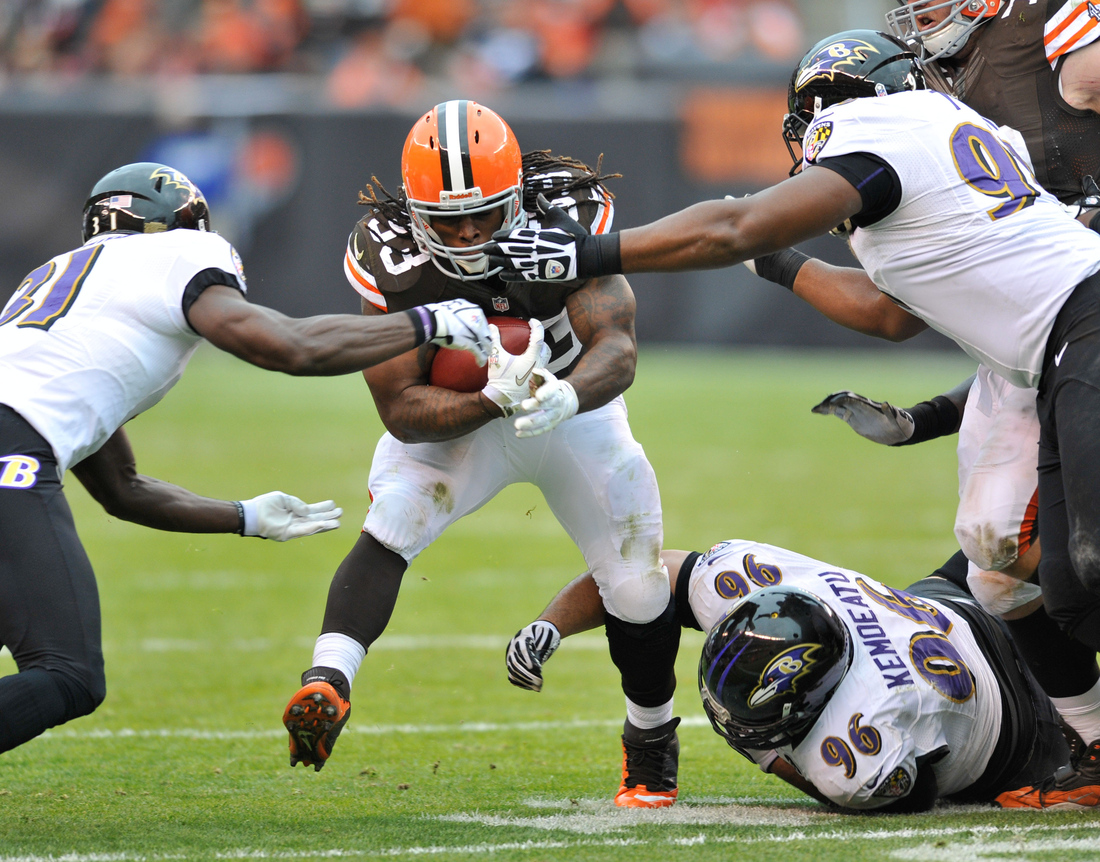 With Rob Chudzinski now coaching the Browns, Cleveland figures to be a run-first team that tries to set up play-action. With that in mind, having a running back like Trent Richardson is ideal because he's a big, bruising back that can wear down defenses.

However, that's Baltimore's strength on the defensive side of the ball. The Ravens retooled the defense to win games in the AFC North, to strengthen its ability to play against run-heavy teams. Richardson is a bit of a bowling ball out there, able to bounce off defenders and gain extra yards. The Ravens will try to take that away.

Another facet of Cleveland's running game working in the Ravens' favor is that Browns guard Shawn Lauvao will not play due to an ankle injury. Filling in is Oneil Cousins, someone Ravens fans are all too familiar with. The Dolphins were able to get the best of the right side of Cleveland's offensive line, keeping Richardson's yards at a minimum.

Look for the Ravens to try and replicate what the Dolphins did.