Ravens-Panthers: As Close To Regular Season Football As It Gets

The third game of the NFL preseason can be a good indicator of how a team will look when it opens the regular season.

Share All sharing options for: Ravens-Panthers: As Close To Regular Season Football As It Gets

If there was ever a time to watch preseason football, this would be it.

The third game is when teams do minimal game-planning and try to simulate what a typical Sunday would be like in the NFL. Most of Baltimore's starters, as well as Carolina's, will play well into the second half and give those watching a good look at what to expect for the coming season.

Here are five items to watch during tonight's game: 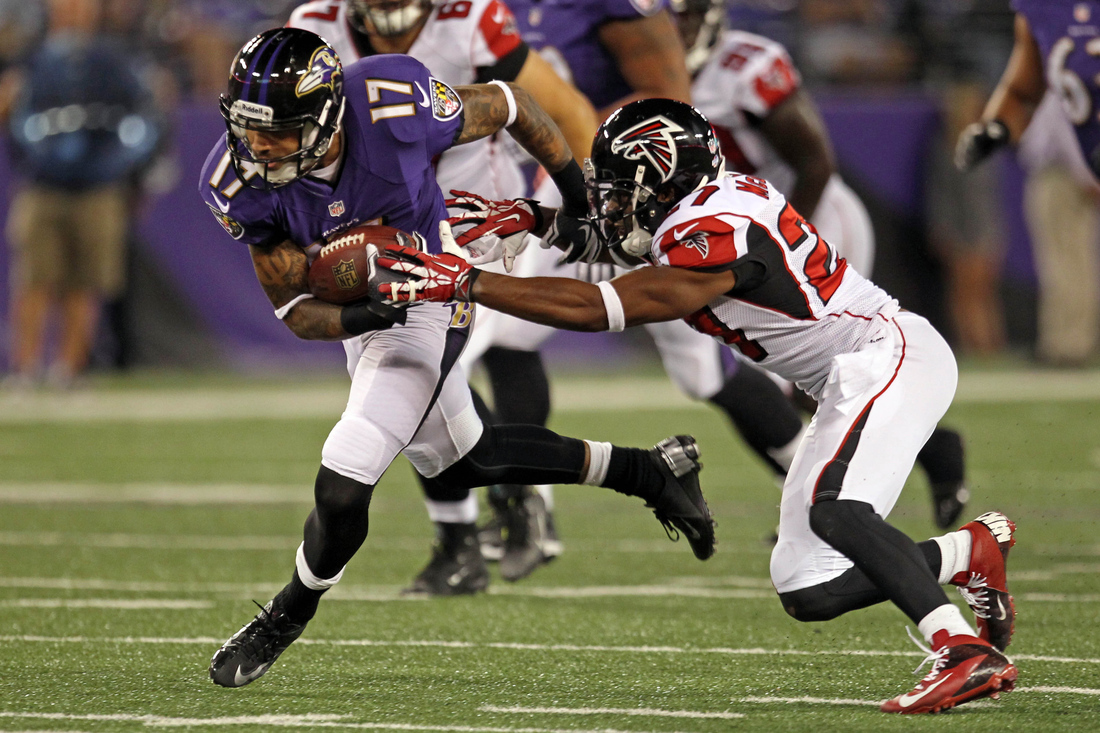 Joe Flacco and the receivers have not been on the same page throughout the preseason. Between Jacoby Jones and Tandon Doss, the presumed No. 2 and 3 receivers, Flacco has only completed one pass for four yards (to Jones). Doss caught a five-yard touchdown from Tyrod Taylor against Atlanta, his lone reception in preseason game action.

With Flacco likely to play almost three quarters, a lot of young receivers down on the depth chart could get a chance to work in with him. We all know what Torrey Smith can do on offense so there's no need for the third-year receiver to see extended time on the field. But what can guys like LaQuan Williams, Aaron Mellette and Marlon Brown do when running with the first team?

With the way Jones and Doss have looked thus far, it would be a good idea to see what else the Ravens have going for them on the roster.

2) How much will Brandon Stokley and Dallas Clark be used? 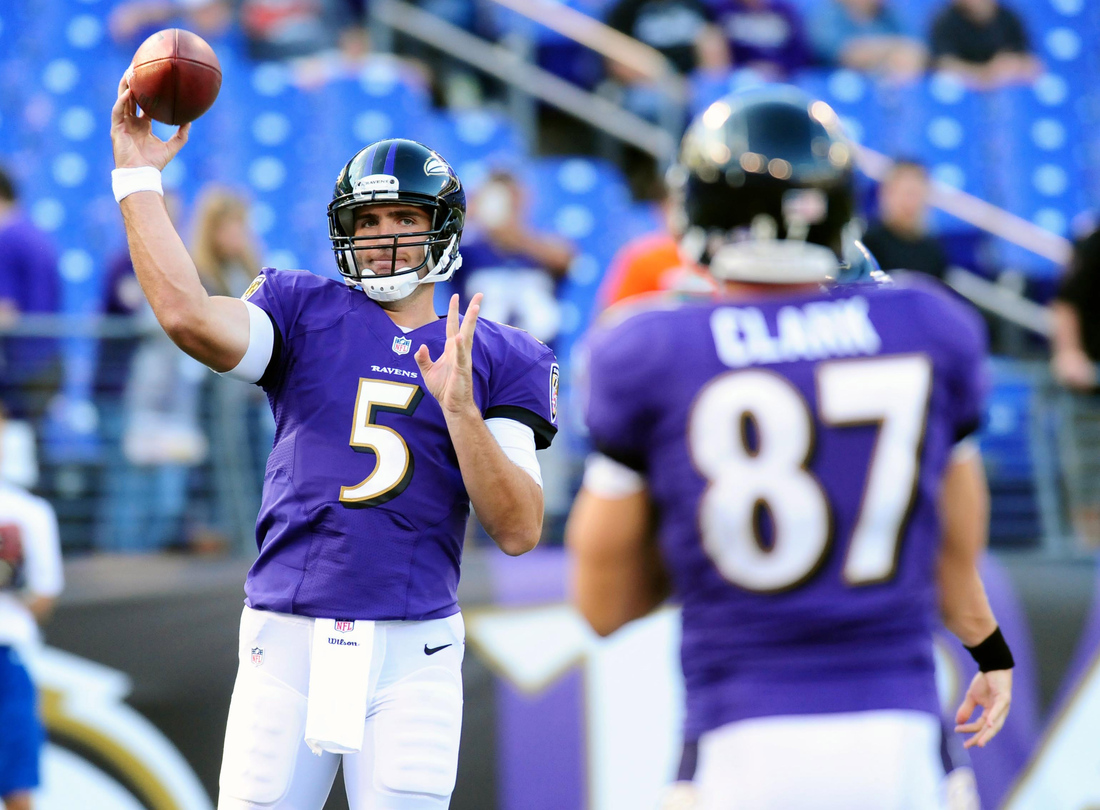 Receiver Brandon Stokley played just a handful of snaps and caught zero passes a week ago. Tight end Dallas Clark, though he suited up, sat out since his only practice was a Tuesday walkthrough before the second preseason game against Atlanta.

With Thursday night's game against Carolina as close to a regular season game as you'll see, Stokley and Clark may see extended minutes against Carolina, to see how these two veterans fit in at game speed.

Though the probability is high that both veterans make the initial 53-man roster, there's still a little doubt. Even more will creep in if both fail to produce against the Panthers.

3) How long does Marshal Yanda and Lardarius Webb play, if they play? 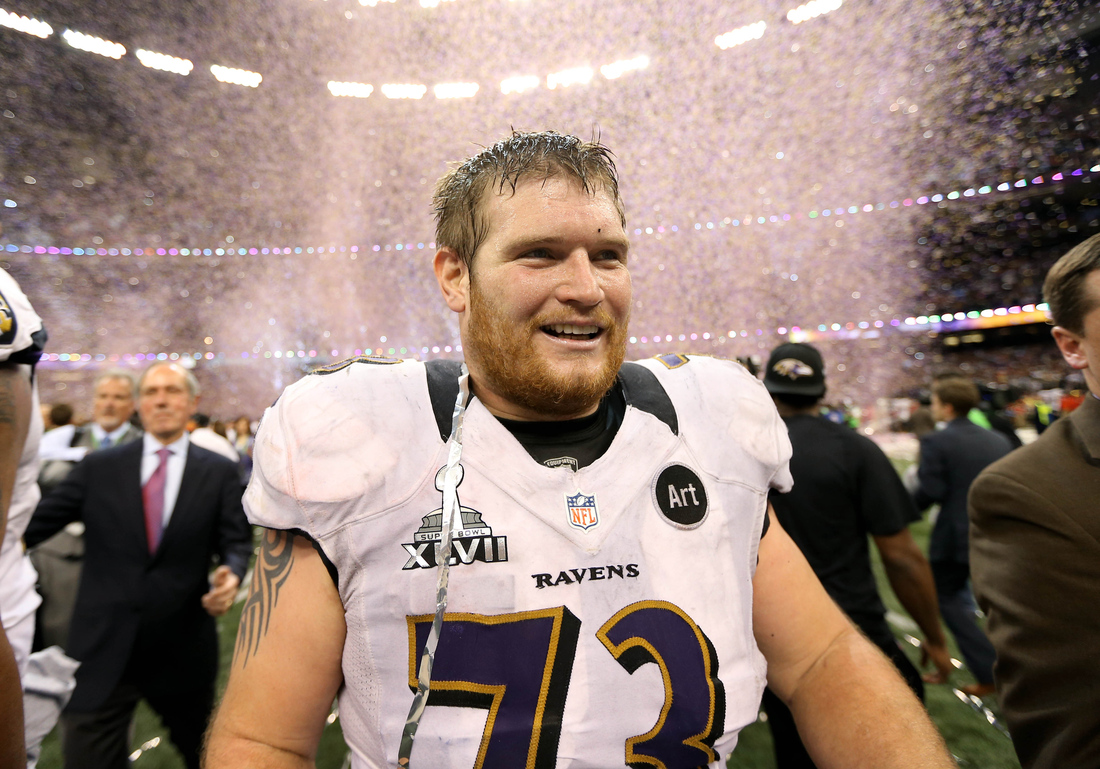 Earlier this week, coach John Harbaugh said right guard Marshal Yanda and cornerback Lardarius Webb had a good chance playing Thursday night. Assuming they do, you'd have to think they'd be limited with how much they participate compared to the other starters.

Yanda had offseason rotator cuff surgery, though he dealt with the problem during the 2012 postseason, electing to have his operation after the Ravens won the Super Bowl. He's been on track all offseason to get to this point. However, there's nothing like being in a game at full speed, so the Ravens may want to take it easy on him.

Then again, it's Yanda. He's a tough farm boy that once let a teammate use a Taser on him to win a bet.

Webb, on the other hand, is coming back from an ACL tear sustained in Week 6 of the 2012 season. Webb's situation would appear more delicate due to the position he plays. He's been closer to full-go in recent practices, so there's probably not too much worry there.

However, it is the preseason. It's better to err on the side of caution.

4) Final round for Gino Gradkowski and A.Q. Shipley 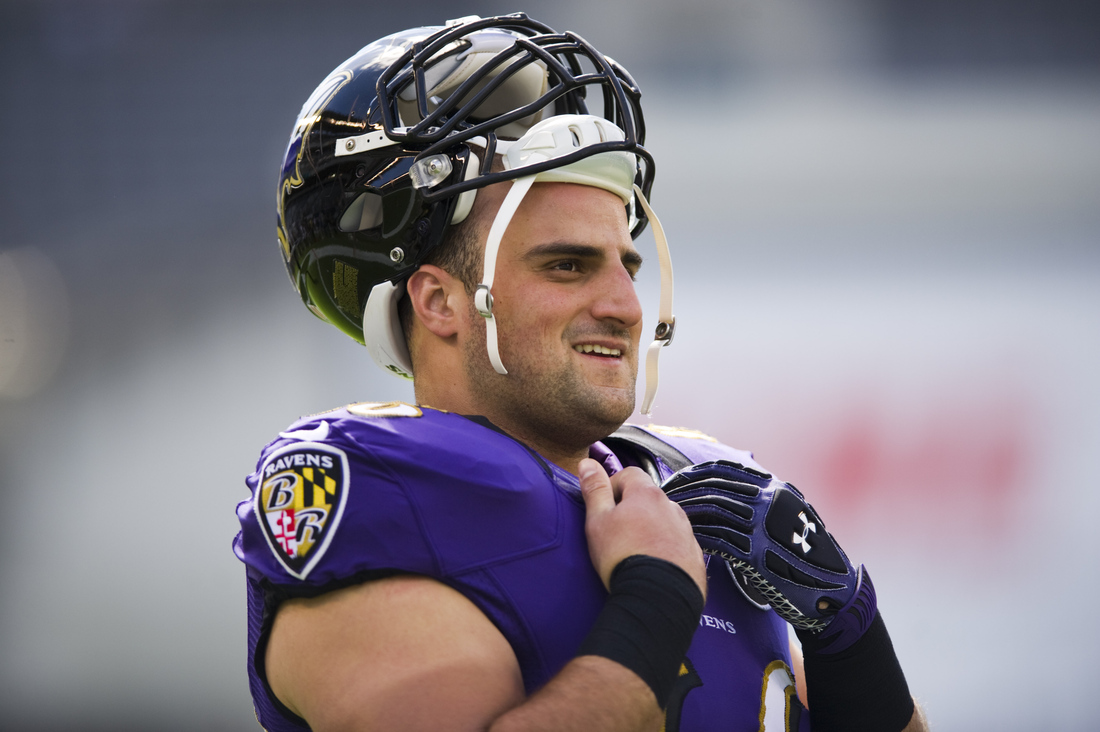 Gradkowski would appear to have the upper hand in this position battle given the mishaps Shipley had a week ago. That included two early penalties and some tough battles against Falcons defensive lineman Jonathan Babineaux.

Gradkowski hasn't done anything to necessarily put a stranglehold on the starting center battle. But he's done enough to prove he's capable at the position for the 2013 season. Thursday night's game against Carolina could cement his status as the starter.

Then again, don't count Shipley out. He's been gritty throughout this preseason and will continue to fight for the job until the coaches give it to Gradkowski. 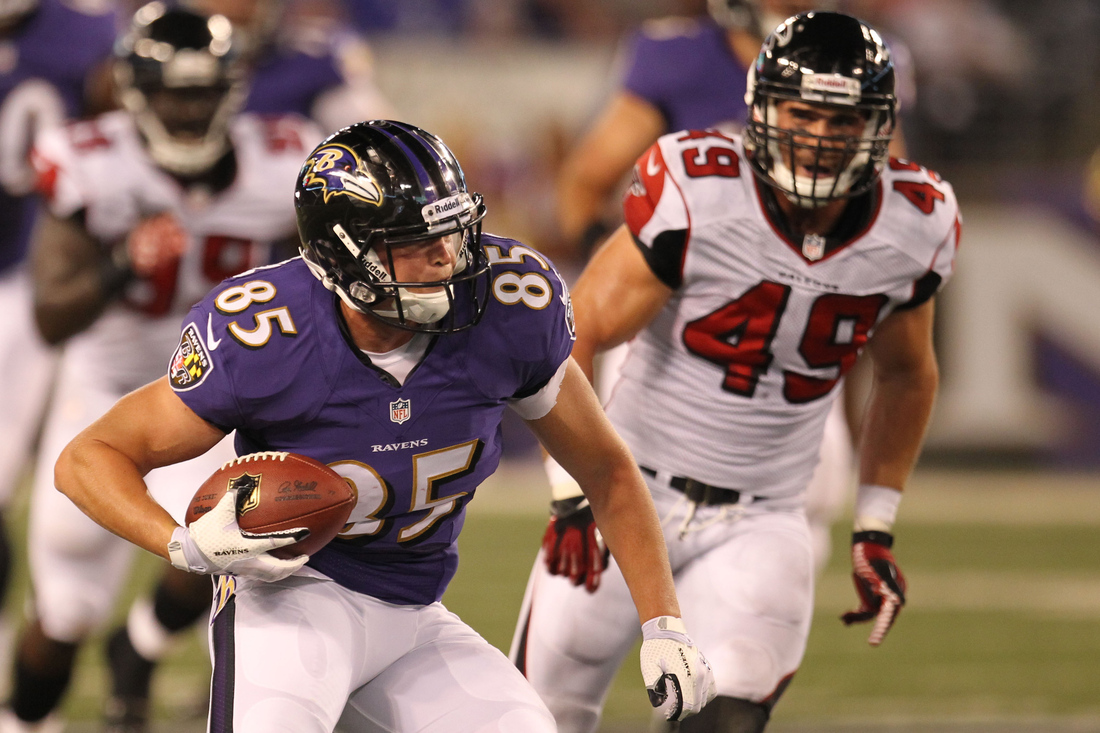 Guys that will be among the last selected to the roster include Omar Brown, Marc Anthony, Moe Lee, Anthony Allen and Matt Furstenburg (not counting the aforementioned receivers).

This is a great opportunity for them to shine as they work in with the first and second teams, either late in the second quarter or in the third quarter.

Brown would appear to have a clear edge to make the 53-man roster as the fourth safety. But a subpar performance could allow the Ravens to keep just three safeties, since they've been cross-training Matt Elam to play both free and strong safety. Anthony and Lee are battling for the final corner spot and essentially a special teams role.

Allen and Furstenburg have the toughest roads ahead. Allen has to deal with rookie fullback Kyle Juszczyk likely taking his job as the lead blocker on kick and punt returns, which would essentially force him out of Baltimore. A strong showing with his running opportunities could make the Ravens think twice.

Furstenburg has dealt with the Ravens adding Clark and Visanthe Shiancoe to the roster, which pushed him down to fifth on the tight end depth chart, even with Dennis Pitta out for the season. But with his limited targets, Furstenburg's made the most of them, catching three passes for 47 yards. If the Ravens are forced to release Furstenburg, they run the risk of another team snatching him away before they can reach a practice squad deal.