The Ravens held their mini-camp this week and Baltimore Beatdown was there to take these photos once practice had ended.

After the Baltimore Ravens finished practice, the tired players walked off the field, setting up a few opportunities to snap these photos of some of the key players as they approached the door to the practice facility, as well as a few of the players who took their turn answering questions from the assembled media.

Second round draft pick, LB Arthur Brown, did not take part in the practice, as he recently underwent sports hernia surgery, although head coach John Harbaugh said he would be ready whenTraining Camp opens in late July. 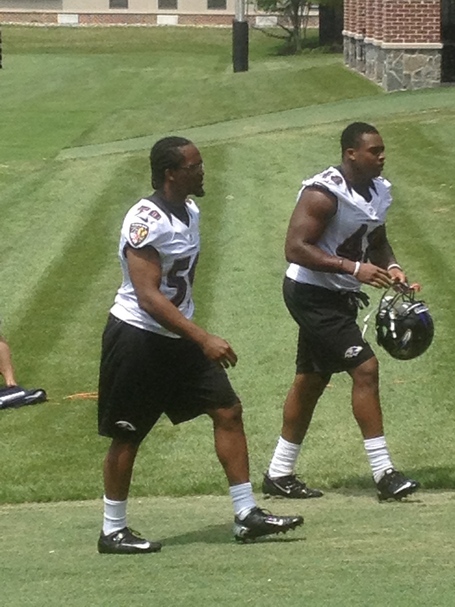 Left tackle Bryant McKinnie looked to be in much beter shape at this point this year than at the same time last year. This would bode well for the team if he could start and play the full season protecting QB Joe Flacco's blind side. 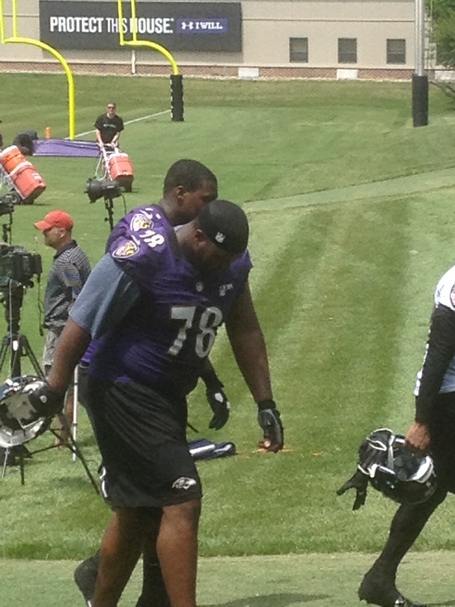 Cornerback Laradarius Webb is still recovering from last season's ACL injury although Harbaugh said both he and LB Jameel McClain are doing on schedule in their rehab. 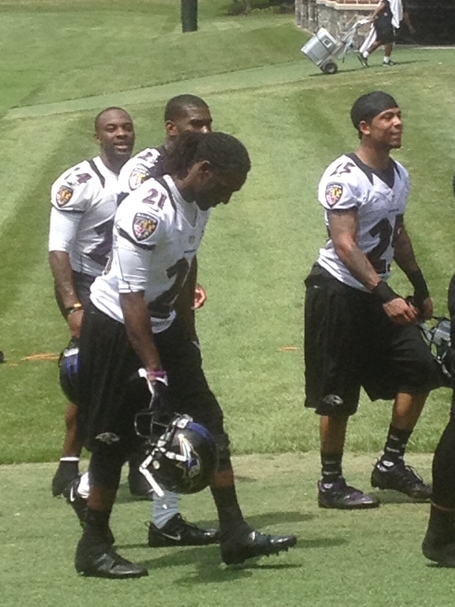 WR Tandon Doss seems to be at the front of the line for a shot to take the place of the departed Anquan Boldin, but he will have competition to beat out before he can be awarded a starting position. 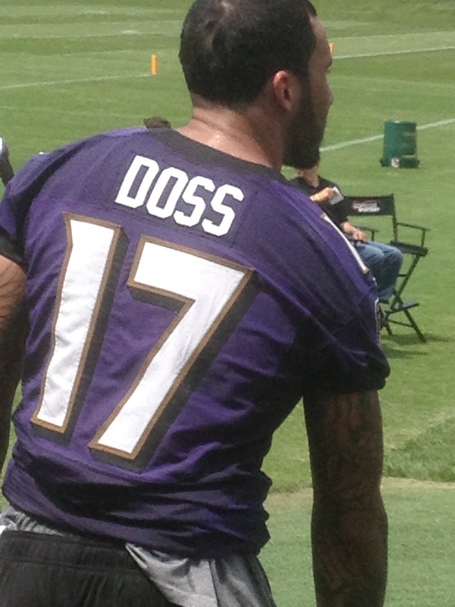 New Ravens OLB Elvis Dumervil spoke about being on the opposite sideline from the Ravens the last time he played in an NFL game, but now he is impressed with the team he signed with as a free agent. 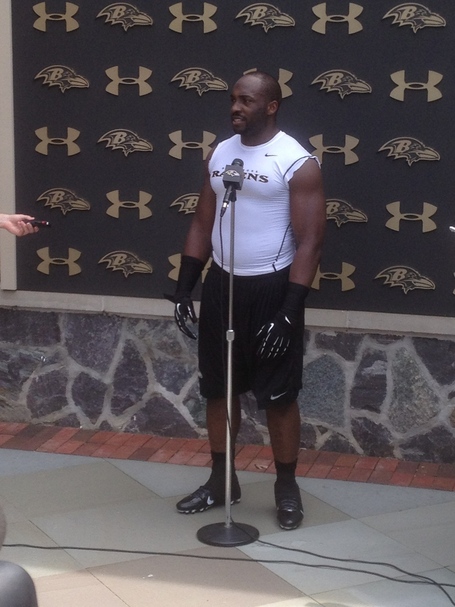 QB Joe Flacco took a lot of questions about his WR corps, how he feels now that he was paid, and who are all these new guys on the team. 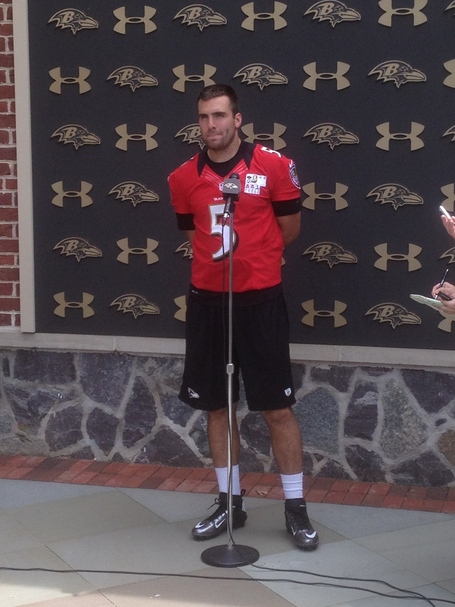