The Ravens have made their way from Baltimore's City Hall to M&T Bank Stadium in what can only be described as total bedlam.

Baltimore is celebrating their Super Bowl victory in grand style. Fans greeted the team at City Hall, where they were serenaded by fans with The White Stripes 'Seven Nation Army' chant. Then they boarded Hummers and floats for a parade through the streets and are now arriving at M&T Bank Stadium.

Amazingly, it was just reported that the Fire Marshal has shut the gates, as the stadium is filled to capacity and the field is covered with more fans as well. 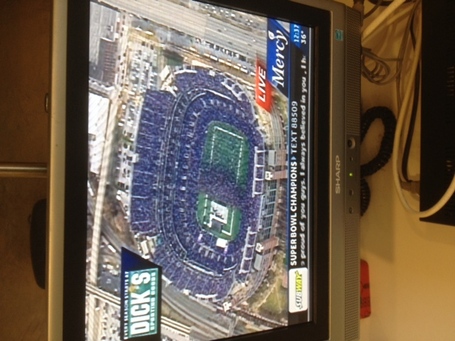 Fans cheered as the parade passed by and when the final Humvee passed carrying Ray Lewis, fans flooded the streets, bypassing barriers to run alongside Ray's vehicle, cheering him like the biggest rock-star in the world. 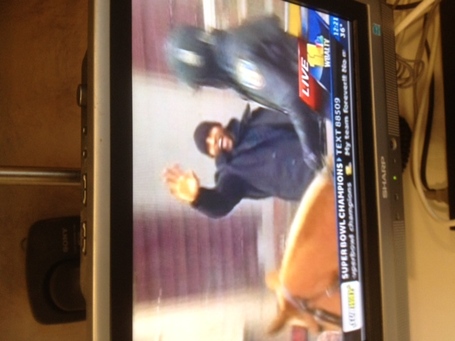 While the celebration after the Ravens 2001 Super Bowl 35 victory was amazing, it pales in comparison with what is going on today and obviously will continue for hours longer as Baltimore is joining together with its football heroes to party together. 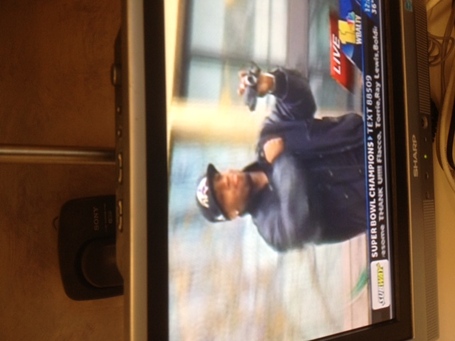 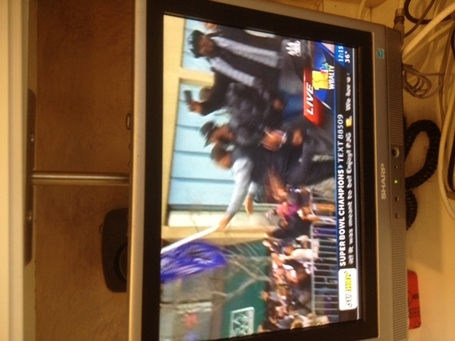 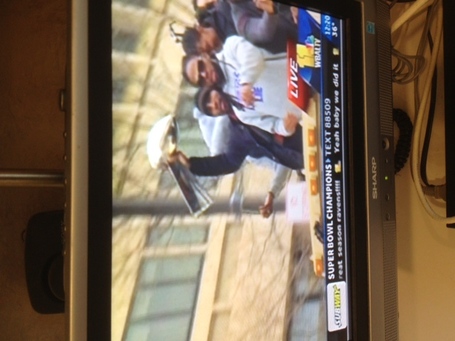