Thousands of fans of the Baltimore Ravens are celebrating all over town at the city's Super Bowl Parade.

From City Hall to M&T Bank Stadium, fans of the Baltimore Ravens are lined up to celebrate the team's thrilling 34-31 victory in Super Bowl XLVII. The players will be on stage with the Mayor and other local dignitaries in fron of City Hall, then they will board cars, trucks and busses to head through the city to the stadium to continue the celebration with tens of thousands more fans.

Many fans have been lining up and standing in freezing temperatures since before the sun came up. All the local television stations are broadcasting live from various locations and it's amazing to see the stadium is almost filled to capacity as if it were actually a game day!

The cheering has not stopped all day and the chant of the fans'adopted 'War Chant,' from the White Stripes 'Seven Nation Army' is being screamed virtually non-stop.

Check out these photos of the action live from the stadium from Ravens fan Rob Schiller and his family: 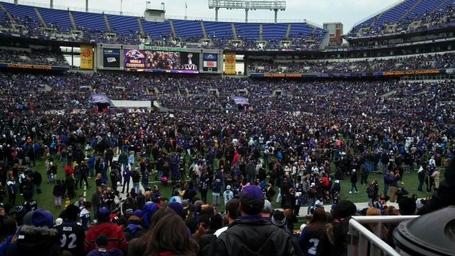 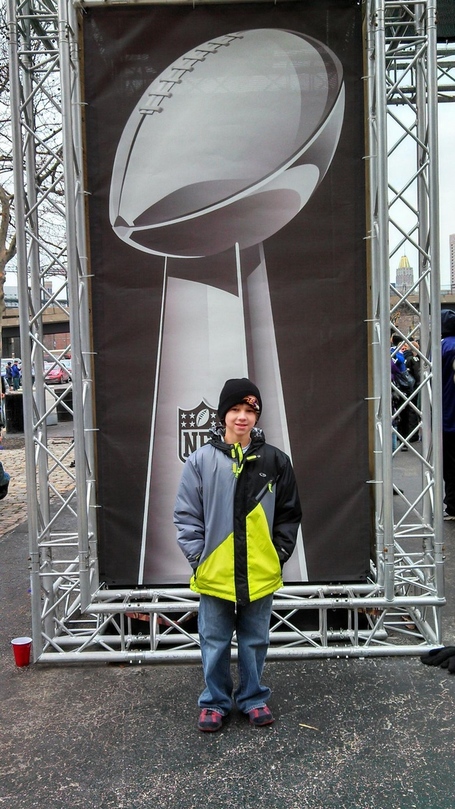 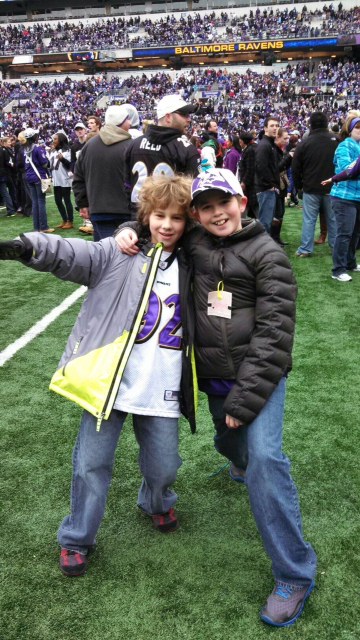 Super Bowl parade 2013: Time for Ravens to start the party in Baltimore