The Baltimore Ravens won their second Super Bowl in as many visits to the big game, beating the San Francisco 49ers, 34-31, in the 2013 Super Bowl. Ray Lewis retires, Joe Flacco is MVP and the Ravens are champs.

12 years after capturing their first Super Bowl, the Ravens were back in the big game and made it a perfect two-for-two with a 34-31 win over the San Francisco 49ers on Sunday.

It's amazing to consider, but the Ravens have been a part of the NFL for just 17 years. It seems like it has been much longer, but that is just the illusion caused by two championships and a seemingly constance postseason presence. 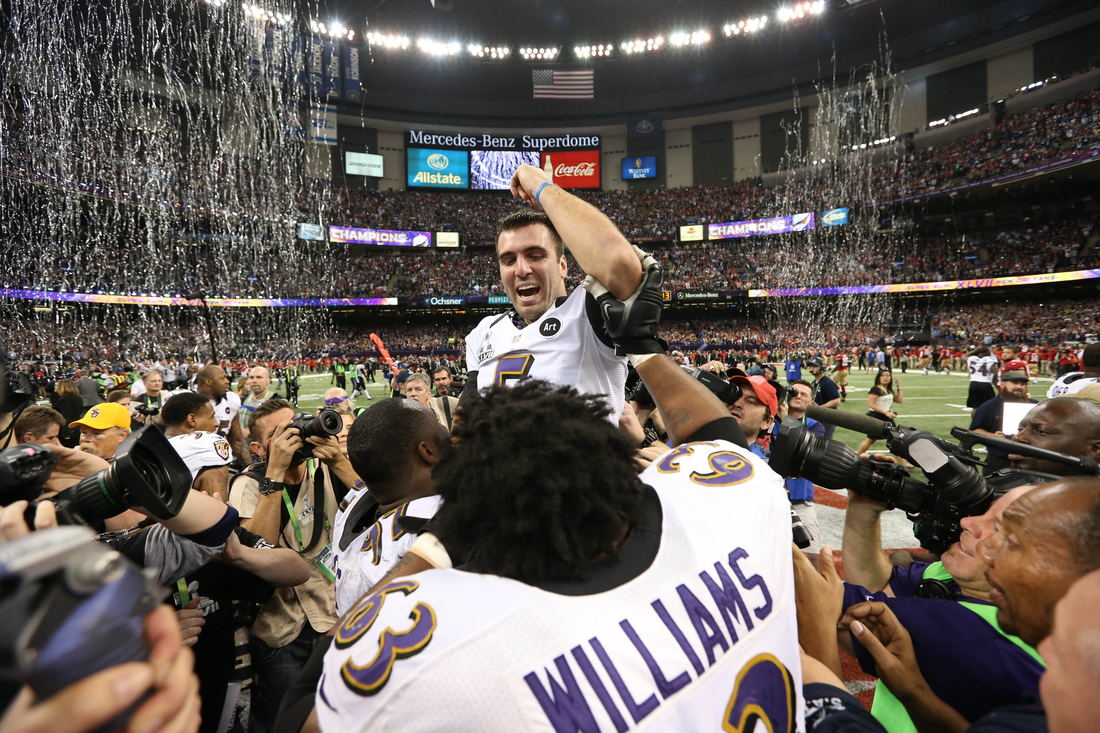 After moving to Baltimore from Cleveland, and before they ever played a game as the Ravens, the team made two moves that would change the future of the franchise -- they drafted Jonathan Ogden and Ray Lewis. The two future Hall of Famers would go on to anchor the team on both side of the ball and get the arrow of Ravens football pointed upwards for nearly two decades now.

Led by one of the best defenses in NFL history, the Ravens were one of the best teams in 2000. They allowed just 165 points all season, a new NFL record, and went 12-4 to advance to the playoffs for the first time. There, they beat the Broncos, Titans and Raiders to advance to the Super Bowl, where they put a 34-7 beat down on the Giants to claim their very first Super Bowl title.

After the salary cap forced them off the mountain tops, the Ravens were back competing for a Super Bowl title by 2006, but it was 2008, when they drafted Joe Flacco, that this year's championship team began to take shape. Ray Rice was drafted the same year, but a Super Bowl was not to be as Baltimore fell in the AFC Championship Game.

With Michael Oher in the fold for 2009, the Ravens went back to the playoffs, but this time they were upended in the Divisional round. They met the same fate the following year, but by 2011 they were back in the AFC Championship Game. Unfortunately for Baltimore, they couldn't crack through and were left to lick their wounds after falling one game short of the Super Bowl.

But 2012 was different. Flacco had one of the best postseason performances by a quarterback in NFL history and fueled by the desire to win a title in Ray Lewis' final season, the Ravens made it through the AFC and back into the Super Bowl for the first time since 2001.

There, Flacco was excellent yet again, showing his immense growth with an uber efficient, three touchdown showing to capture MVP honors. But the spotlight was on Lewis. A member of the Ravens' first draft class and the Super Bowl MVP 12 years earlier, Lewis was the face of 17 years of Ravens history. A history that now include two Super Bowl titles.