Despite being a certified "homer" as a huge Baltimore Ravens fan, I can honestly say that this preview & prediction is derived from the pure objectiveness of my extensive and tireless research. Is "objectiveness" a word?

Going on the road to beat both Peyton Manning with his Denver Broncos, as well as Tom Brady and his New England Patriots seems like a much more daunting task that going to a neutral site, under a dome no less, and facing the San Francisco 49ers. No offense, Colin Kaepernick.

In the NFL, it's not how you start the season, it's how you finish it. Ask the New York Giants from last year or the Houston Texans and Atlanta Falcons from this season. The Giants barely made the 2012 playoffs then went on a run that ended with a Super Bowl 46 victory over the New England Patriots.

Both the Texans and Falcons started off the 2012 regular season on a long winning streak but just couldn't get it done at the end. The Baltimore Ravens are looking a lot more like the Giants than the other two aforementioned teams as the clock kicks down to kickoff for Super Bowl XLVII.

Some people are pointing at second-year Niners QB Colin Kaepernick as the second-coming, the new breed of NFL quarterbacks that include rookies Robert Griffin III and Russell Wilson. Their abilities to not only throw but run defenses ragged offer a dual-threat challenge to defenses, including the Ravens.

However, Baltimore, although losing to the Washington Redskins in the 2012 regular season, held RG3 to only 34 yards rushing before he was injured and had to leave the gam late in the fourth quarter. While Kaepernick does have a strong and under-rated arm, the Ravens will prefer to seal the edges and force him to beat them with his legs.

Fans, media and experts alike point at the 49ers defense, which was one of the best in the regular season, as the better unit. However, the Ravens have shut down opponents for the most part since the playoffs began, holding the Indianapolis Colts with a touchdown, allowing three offensive TDs to the Broncos but only one after halftime and the overtime period and then the high-powered Patriots offense to a lone score, giving up an average of 14 points in the three games.

The key thing to remember is that Ray Lewis, Terrell Suggs, Haloti Ngata, Ed Reed and Bernard Pollard did not play together at the same time all season until that first post season game. This defense, while giving up yards between the 20's, stiffens up when backed up against their own Red Zone and is now looking a lot like the feared defense of the past than the one pushed around the field in the regular season.

San Francisco's defense is without a doubt a tough one, but has shown cracks that can be exploited, giving up 31 and 24 points in their two playoff games, including falling behind the Falcons early by a score of 17-0 in the NFC Championship Game.

Furthermore, the Ravens offense has done a 180 degree turnaround from the plodding, lethargic one that has haunted them in their history. The change of offensive coordinators from Cam Cameron to Jim Caldwell combined with the revamped offensive line now gives QB Joe Flacco the time to stay upright and find his receivers, proving that when patient, 'Joe Cool' can be as deadly as any QB in the league, as evidenced by outplaying two of the greatest of this or any generation, Peyton Manning and Tom Brady, in their cribs in consecutive weeks.

Yes, this will be a tough game, but the Ravens have played in so many tough games and Flacco is now the battle-tested veteran, especially in this match-up. The Ravens are a veteran team, that will not be fazed by the hype, the lights and the pressure that is definitely there and unknown to the 49ers on this large of a world stage.

Expect a close one through the fourth quarter, with the style of football that would make old-school pure football fans sit up and take notice. Perch yourself on the edge of your seats, as this will be one of the best street brawls in Super Bowl history, with both teams laying the wood on both sides of the ball.

Expect the points to come slowly and be within one score until the game-sealing defensive play puts enough of a distance between the two teams late in the game with one final score to let everyone know which team will be holding a victory parade in the next day or so.

However, when the confetti starts shooting out of the cannons when the clock hit double-zeros, it will be purple confetti flying all around the New Orleans Superdome, as the fairy tale ending that Ravens fans are hoping for will come true and send Ray Lewis out from his legendary 17-year career with one more Lombardi Trophy.

NOTE: Check out this iconic Crown Royal camo bag with my predicted score. Crown Royal enlisted the help of stunning Playmate Tiffany to help stuff it full of snacks. This bag will now be sent to a U.S. soldier serving overseas as part of the Crown Royal Heroes Project – an ongoing program aimed at honoring those who protect our freedoms every day. 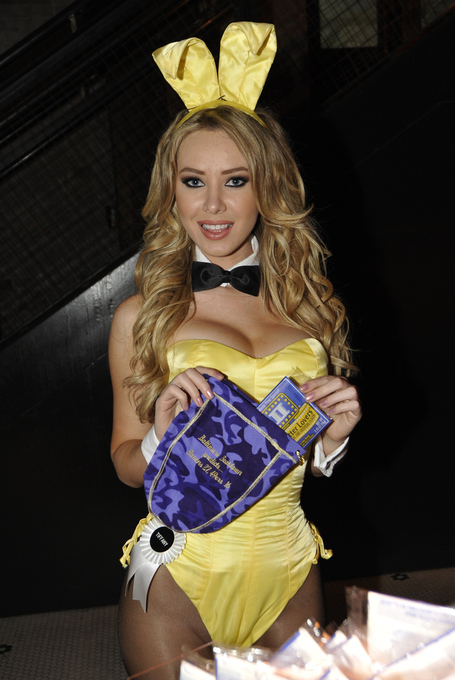