Here are three matchups to look forward to during Sunday's Ravens-Packers game.

Share All sharing options for: Ravens-Packers matchups to watch 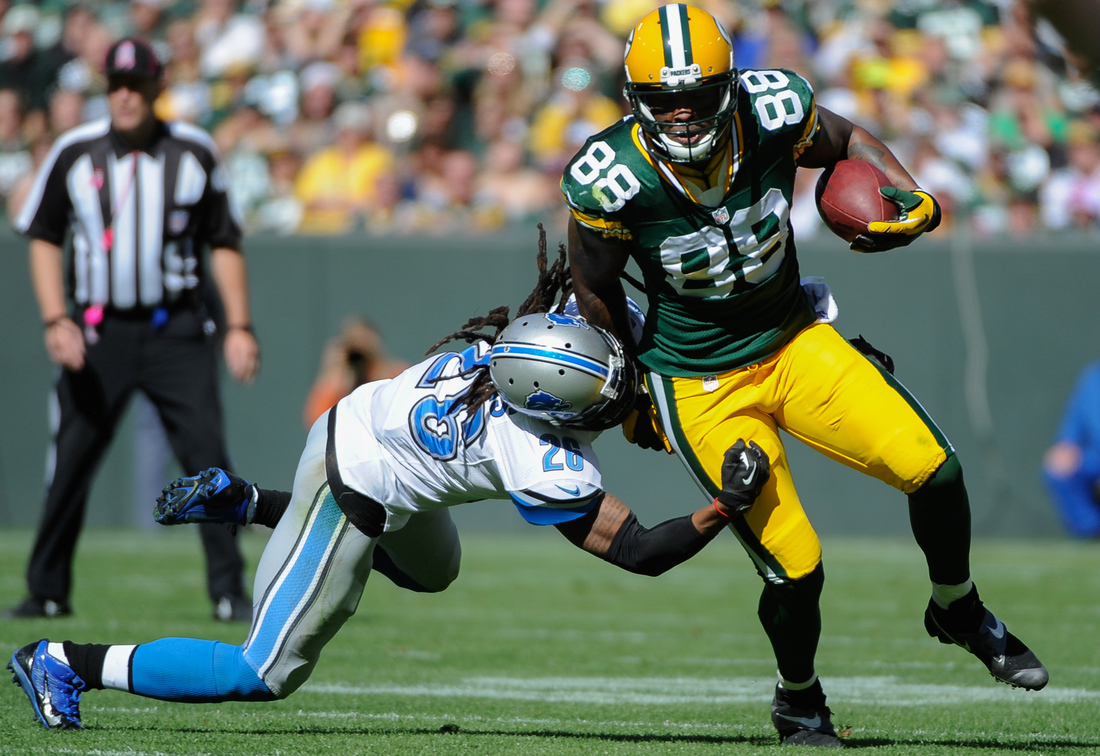 It's a given the Ravens cornerbacks will have their hands full with Packers receivers Randall Cobb, James Jones and Jordy Nelson. But there's one weapon at Aaron Rodgers' disposal that could be in for a big game.

That's tight end Jermichael Finley, who hasn't necessarily put up the big numbers many thought he's capable of doing. For the 2013 season, Finley has just 153 yards and two touchdowns.

That said, he's still capable of some big plays. His 6-5, 247-pound frame makes him tough to defend. The Ravens have had issues defending the tight end, making Finley someone to watch on Sunday. Baltimore has given up an average of 62.8 yards per game to tight ends, with Denver's Julius Thomas (110 yards, two touchdowns) and Cleveland's Jordan Cameron (95 yards) doing the most damage.

If the Ravens are able to lock down the outside receivers, then Rodgers might be looking Finley's way, assuming he'll draw matchups against linebacker Arthur Brown and safety James Ihedigbo. It'll be on them to keep Finley's plays to a minimum. 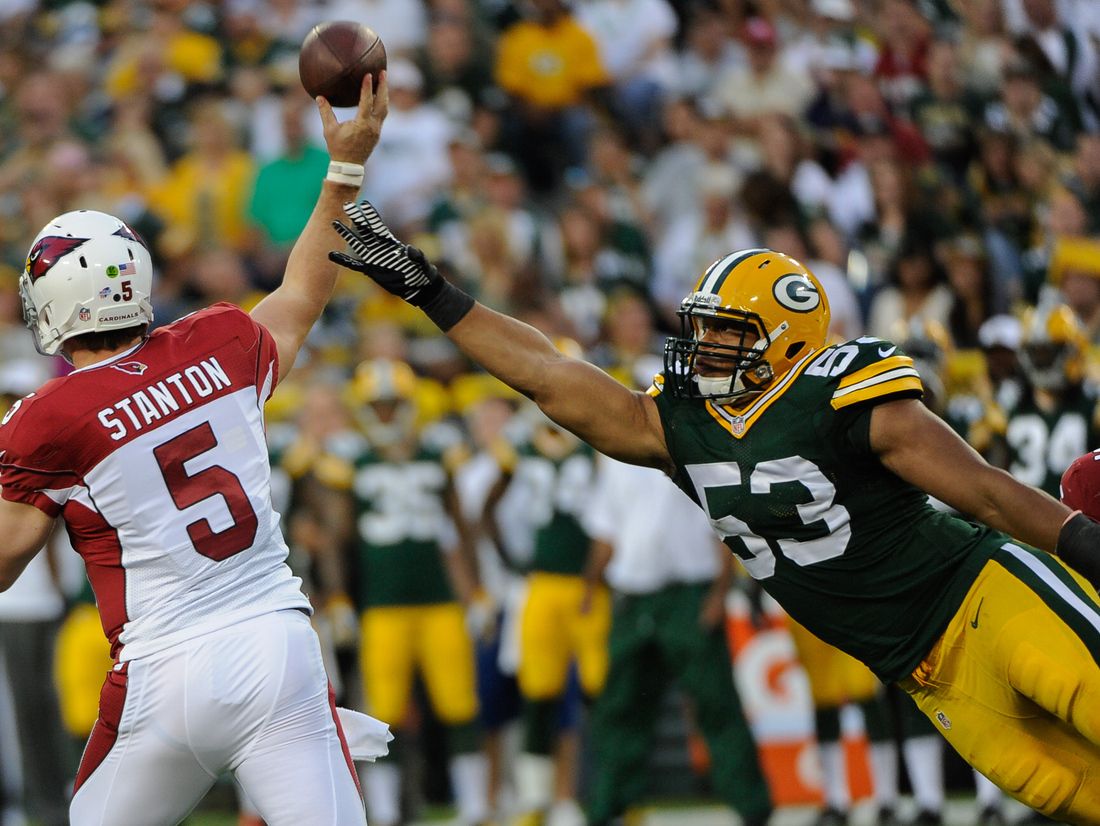 In Monroe's first game as a Raven he'll get a bit of a break by drawing outside linebacker Nick Perry as opposed to Clay Matthews. Matthews broke his thumb last week and will be out a month, causing the Packers to adjust accordingly.

Perry moves to the right side of the defensive formation and will try to rush Joe Flacco's blindside. It will be on Monroe, with just one week and two days of practice, to protect him. This will definitely be a key for the Ravens as the offensive line's struggles have existed in every single game this year.

One hope for the Ravens is that Jacoby Jones returns this week, giving the Ravens another threat to stretch the field with. That could remove box defenders and allow the offensive line to focus more on one-on-one assignments as opposed to seeing various blitzes, stunts and other rush packages. 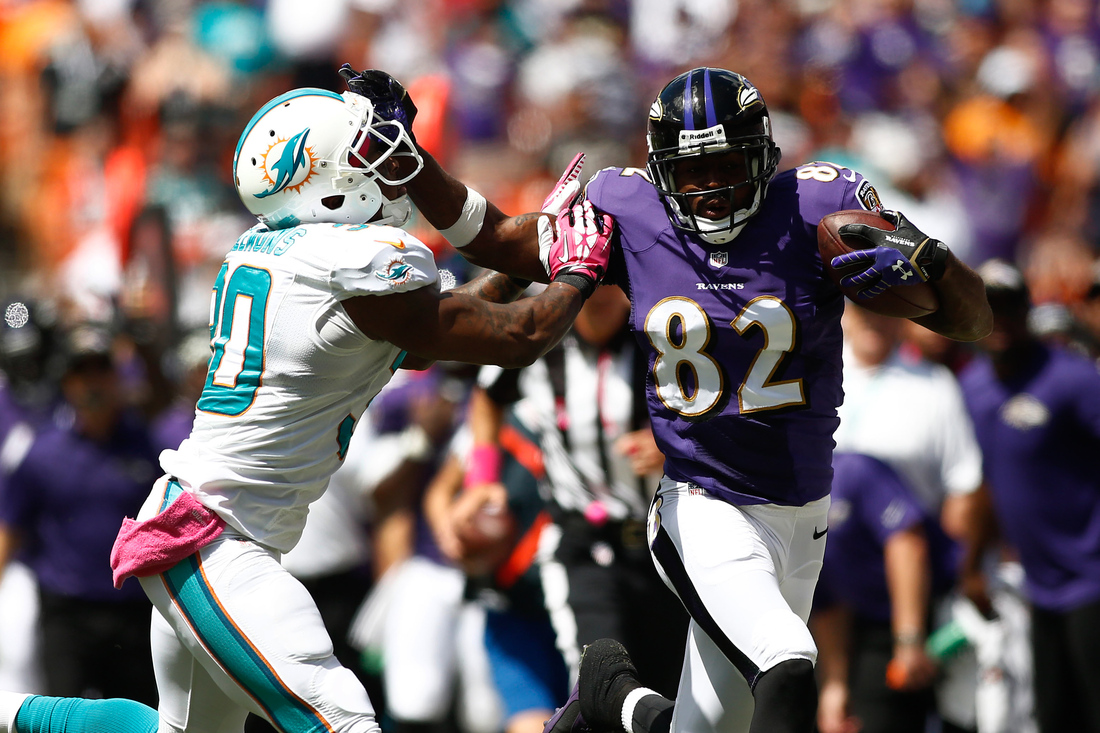 A lot of has been made of how the Packers' receivers will give the Ravens' secondary a lot of problems. Well, what about Smith going against the 26th-ranked Packers pass defense in the NFL? Smith has had a ton of success statistically against every team he's gone against.

Smith is averaging 111.2 yards per game, good for the third best mark in the NFL behind Jimmy Graham and Julio Jones (now out for the season with a foot injury).

The Green Bay safeties have been injured all year, which has contributed to the drop-off in production. But Tramon Williams and Sam Shields are still formidable corners to go against. Just because the Green Bay secondary has given up a ton of yardage, it doesn't mean Smith and the Ravens receivers will have an easy day.

However, it is a matchup that should work to their advantage.