Super Bowl Battle of the Zodiac: Flacco vs. Kaepernick

Up to this point, fans have quoted historical facts, stats, and game day superstitions to try to guess the outcome of this Sunday’s big game, but there hasn’t been any analysis on something that could hugely affect the game—astrology.

Share All sharing options for: Super Bowl Battle of the Zodiac: Flacco vs. Kaepernick

Betting lines have been calculated, stats have been analyzed, and Beyonce’s probably practicing as you read this.

Now, before I lose you, zodiac signs and pairings have typically been used to determine compatibility between couples, business partners, and more -- so why should football be any different? With all those different backgrounds and personalities on the field, the zodiac is the equalizer when it comes to figuring out who should and who does work well together. As the Ravens take to their practice field in New Orleans, Hollywood Psychics analyzes some of the most important pairings of the game: both Bowl-bound teams’ star quarterbacks and two of their biggest targets.

We’ll start with the San Francisco 49ers. QB Colin Kaepernick, a Scorpio, can be described as magnetic and charismatic (Did you hear about Kaep treating the press to pizza on media day?), but his results vary when matched up with two of his best receivers, Michael Crabtree and Vernon Davis. Notably, his charisma can border on arrogance (Ahem).

With Crabtree spouting off about how Kaepernick is "unveiling his talent", you’d think that the two would be peas in a pod. But if the zodiac has anything to say about it, the teammates have aspects to their personalities that shake one another’s proverbial boat. First off, a Virgo like Crabtree doesn’t like to be told how to play -- which could be aggravated even more since young Kaepernick is a mere rookie. Plus, since Virgos are reserved and shy away from the limelight, Crabtree may get frustrated with Kaep’s overconfidence and pride. But, if the two manage to strike a balance, they could be as successful as they have been for a good portion of the season, giving the Ravens’ secondary some grief.

If you’re looking for a true wild card pair, look no further than Kaep and Vernon Davis, an Aquarius. While the two are fixed signs, which are marked by perseverance and persistence, they both have streaks of rebellion that don’t mesh well together. As a Scorpio, Kaep chooses to express his raw emotions, which doesn’t jive well with Davis’ analytical, Virgoan mind. Will they be able to pull together and channel their aggression, or will the Ravens D be successful in rattling both of their cages?

Now, for Baltimore Ravens QB Joe Flacco's astrological forecast: As the Capricorn QB of our birds, Flacco is a steadfast, determined, and capable captain who tends to shy away from the spotlight. As a focused, anything-can-happen leader, Joe’s relationships with Anquan Boldin and Torrey Smith are rock-solid, almost as if written in the stars. 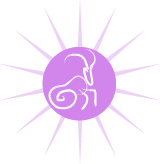 While Anquan, a Libra air sign, and Joe, a grounded earth sign, have their fair share of differences, these differences are what make the pair a winning combination play after play. They both have driving intensity, but channel it in different ways. Boldin is very open and direct (Case in point) while Joe doesn’t love the attention and spotlight. With the passage of time, however, Libra and Capricorn develop an almost supernatural camaraderie that allows Boldin to immediately comprehend and execute Flacco’s play calls and bring them to fruition. 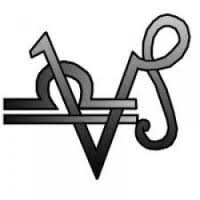 Ah, Torrey Smith! As our token deep pass target, Torrey, an Aquarius, is a young, independent free spirit that Joe has helped mold into one of the league’s favorite receivers to watch. While it seems that the two can read each other’s minds, this relationship has taken some direction and discipline by Flacco to get where it is today. While Flacco, a Capricorn, prefers to stick to a plan, the Aquarius in Smith is all about improvising. Once Flacco gets across his expectations, Smith understands and respects his orderly manner of operation. Over time, the two form a strong partnership and benefit from each other’s seemingly opposing natures -- instilling some creativity into a plan that may otherwise seem routine.

So Ravens fans, the zodiac has spoken! Wondering how the zodiac affects each of the Harbaughs? Check back here soon for our second post that sizes up John vs. Jim to see which brother reigns supreme in the zodiac.