The Baltimore Ravens held their first of three open practices at Baltimore's M&T Bank Stadium yesterday and it has to be termed an overwhelming success. Over 20,000 fans braved the heat just to grab seats and watch the 90 players go through individual, position and team drills for three hours on a Saturday evening.

Head coach John Harbaugh echoed the player's sentiments, saying how great it was to practice in front of so many people rather than a few hundred at their isolated Owing Mills' Under Armour Performance Center. The players I spoke to in the locker room after practice were all so impressed with the size of the crowd, with even one saying it was more fans that they had played in front of in their college games. 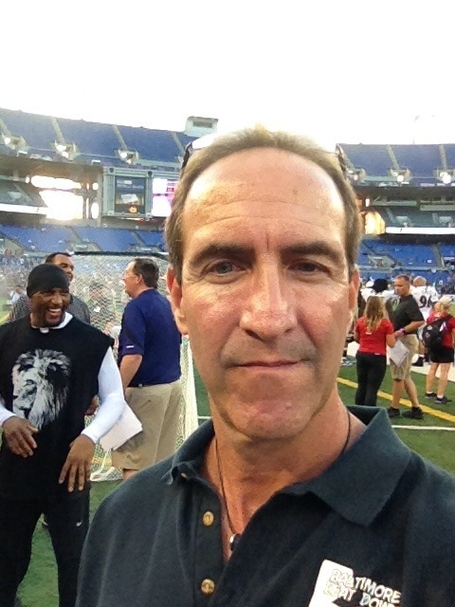 The view from the Press Box was great, the air conditioning not taken for granted, nor was the free food and clean bathrooms.Just prior to the end of the practice, the Ravens PR Department brought the media onto the field, where we watched the players gravitate to the stands to sign autographs for appreciative fans. 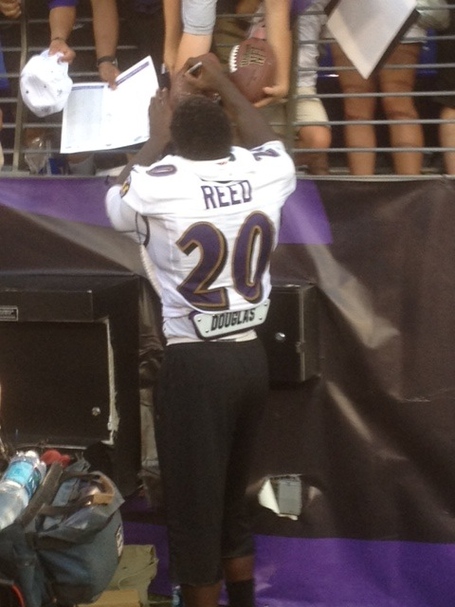 Coach Harbaugh took questions from the media a midfield, but made it a special point to thank the 1,500 members of the armed forces who showed up on Military Appreciation Day. Over the next few days, I will post photos of the afternoon as well as the one-on-one interviews I had with rookie RB Bobby Rainey and Rookie LB Nigel Carr.