In a press conference earlier today at the Baltimore Ravens Training Facility, the team and Under Armour announced that they are joining forces to form a partnership. Part of the agreement is to change the name of the Training Facility to the Under Armour Performance Center. Baltimore Beatdown was there to listen and provide these photos.

Ravens owner Steve Bisciotti was joined at the press conference by Under Armour CEO Kevin Plank. The two guys, obviously close friends, explained the partnership while joking and teasing each other at every opportunity. When the topic changed to a question about the contract situations of both QB Joe Flacco and RB Ray Rice, Bisciotti said that Plank didn't know it yet, but Kevin was paying for Rice while he'd pay for Flacco, drawing laughter from the room.

Together, the Ravens and Under Armour will partner to lead charitable efforts to the Baltimore community. Read more on this at BaltimoreRavens.com, and click here to view a slideshow on all the signage appearing at the team's new Under Armour Performance Center. 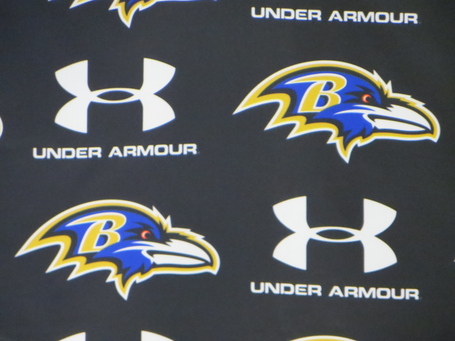