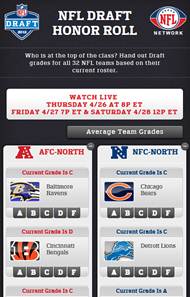 Who is at the top of the class? It's your turn to hand out

draft grades on all 32 teams based on their current rosters!

Help us spread the word about the NFL Draft on NFL Network! Let your users know they can hand out draft grades on their favorite team & every other team in the league based on current rosters of drafted players. 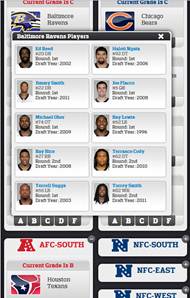