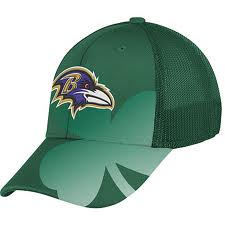 The Baltimore Ravens are one of the better teams in the NFL. The respect that the rest of the league has for the personnel on this roster is evident by the losses the team has seen in the first week of free agency. As of this writing, no less than four players have been signed away to other teams. LB Jarret Johnson, DE Cory Redding, G Ben Grubbs and S Haruki Nakamura have left for bigger contracts than they would have gotten had they remained in Baltimore. Add Jameel McClain to the list shortly, as he is currently in Denver and appears ready to hit the jackpot after being one of the many undrafted players that the Ravens have made into multi-millionaires.

Playing next to Ray Lewis has resulted in big paydays for many a Ravens linebacker and while most of them have found life on the gridiron not as successful out from under the wide shadow of Ray Lewis, at least they became financially set for life in the meantime. The only question remaining at the linebacker position now is who will be the next great Ravens linebacker to step up and make a name for himself in 2012 and beyond.

However, regardless of the recent losses, Ravens fans should not hit the panic button. These players, while good, if not excellent components of the whole, are not nearly the basis for the core of this team. The Ravens still have their star players, led by Lewis, along with Ed Reed, Terrell Suggs, Haloti Ngata, Lardarius Webb on defense and Joe Flacco, Ray Rice, Anquan Boldin and Torrey Smith on offense.

The lost players can be replaced either from within, or they will bring in a proven veteran that plays the Ravens style. There is obviously the NFL Draft next month that will be used to fill out the roster after the major pickings from free agency are over. There is still the roster cut-downs that will come this summer when teams discard high salaried players, which is where the team found hard-hitting safety Bernard Pollard last year at that time.

As long as this core stays intact, the pieces around them can change without a significant alteration to the team's current course towards a step beyond last year and their ultimate goal of a Super Bowl championship. The players who left will be missed but the odds are that they will not flourish outside the organization like they did within it. The players who step up or come in to take their places will have an opportunity to shine and the expected improvements will be clearly evident.

So as Third Eye Blind says in their song, 'Jumper,' "...step back from that ledge, my friend."