The final tally on the scoreboard said it all as the Baltimore Charm were sounded defeated by the visiting Orlando Fantasy in what was a physical and fight-marred LFL game in Baltimore this past Friday night, televised live on national TV and around the globe on MTV2. 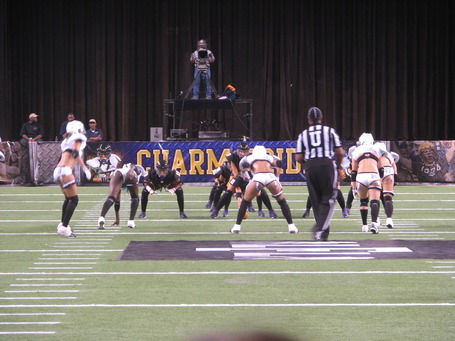 After electrifying the crowd with a 35-yard TD pass on the game's opening play, the Charm then sat back and watch the Fantasy dismantle their defense and stifle their offense on their way to the 36-12 beatdown. Going into the game, the Charm players and coaches felt their past seven months of work was enough to prepare them for what they knew was a stacked and bigger Orlando team. However, as Charm head coach Rick Reeder told me afterwards, "they took away our entire game plan." He referred to the Fantasy's constant blitzing of Baltimore QB Stacy Moon, preventing her from setting up and finding her open receivers, frustrating the Charm and ultimately leading to testy attitudes and this bench-clearing brawl. 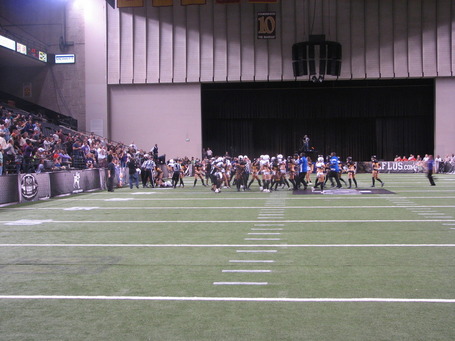 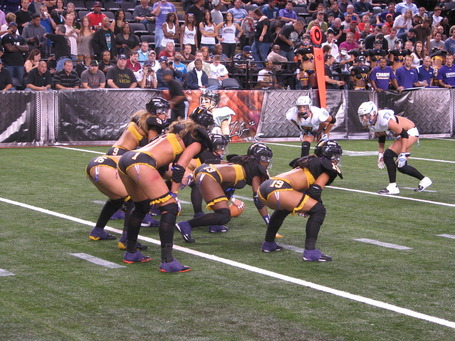 The Charm's running game was virtually non-existent, as the Fantasy constantly fended off their blocks and gang-tackled the running backs time and time again, forcing Baltimore into fourth-and-long situations that they were unable to convert all night. Defensively, the Charm did not attack the ball, getting driven back five yards before any contact was even made with the Orlando ball-carriers This was not how they practiced all summer, according to their coaches and the coaching staff loudly let the players know of their disappointment in a closed door session after the game had ended. 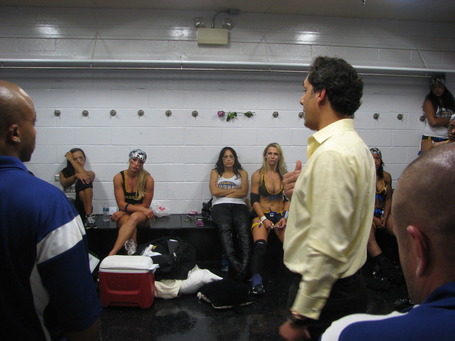 While the Charm's pass defense held Orlando to zero passing yards, it didn't matter, as the Fantasy rolled up over 160 yards on the ground. At times the Charm tacklers seemed hesitant on defense and on offense appeared to slow down whenever tacklers loomed in their path, prompting a tongue-lashing on this from LFL Chairman and Founder Mitchell Mortaza in the Charm's locker room. Mortaza praised players such as Kyle DeHaven, who was the team's only noticeable play-maker with two TD's on offense and two interceptions on defense. He also liked QB Stacy Moon's effort behind a lack of pass blocking and her interceptions when everyone knew the Charm had to throw to play catch-up. 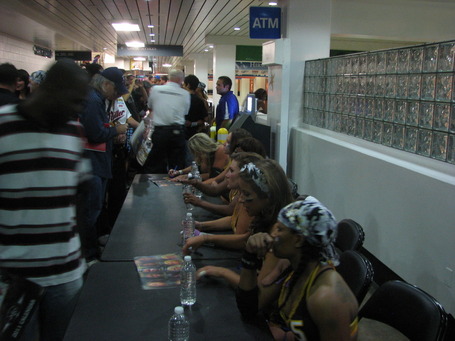 After the game, the players stuck around the 1st Mariner Arena for over an hour to sign autographs and pose for photos with their appreciative fans, friends and families, although they would have much rather been doing this as part of a victory celebration instead of a humiliating defeat. Overall, it was nothing like Baltimore expected, but perhaps it was the wake-up call needed to let these players know what the reality of the games are truly like. With so many players in their first game of their LFL careers, this one game should help them reach inside and determine if not only is this what they want to do, but what they have to do to play like their coaches prepared them. 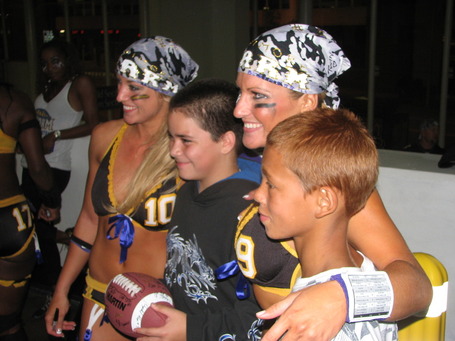 Either way, they won't have much time to ponder this, as they go on the road this coming Friday to play the expansion Cleveland Crush and this seems like a good time to take their frustrations out on a team that has never played a real game thus far, which the Charm players now know exactly what that is like. 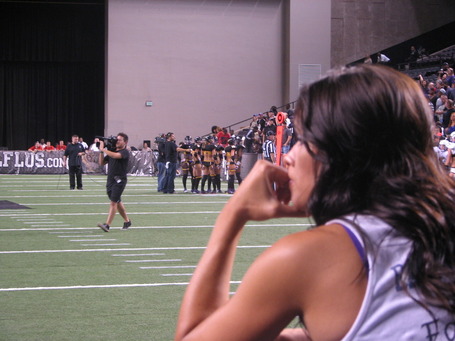