Share All sharing options for: Photos From Ravens Stadium Practice

From beginning to end, there is no way to term the Baltimore Ravens free public practice at M&T Bank Stadium anything other than a huge success. Over 24,000 fans came out to see the team for the first time in the 2011 season, since their Training Camp is closed to the public. They cheered for their team and their favorite players and the players responded by staying long after practice to sign autographs until they were instructed to go back tot he locker room to get ready for the bus ride back to Owings Mills. 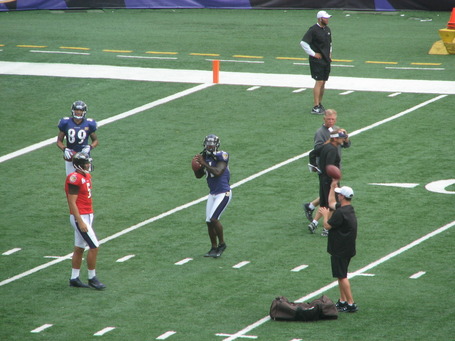 QB Joe Flacco was throwing to his wide receivers, but he was surprisingly joined by former Florida State QB and current Ravens WR Anquan Boldin, who threw a bunch of nice, sweet spirals into the receiver's waiting arms.

(See more comments and photos after the 'Jump') 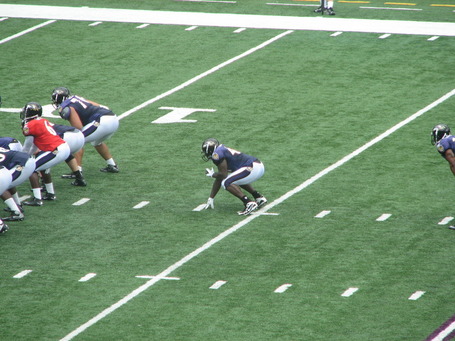 Rookie WR Torrey Smith made a nice grab for a TD against CB Lardarius Webb. 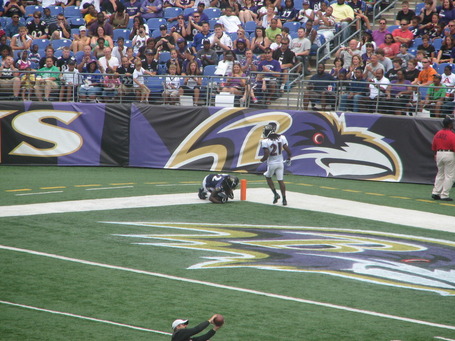 Placekicker Billy Cundiff, missed his first kick but then was perfect from that point  on, including a long 58 yarder, that would have cleared the crossbar from at least 60 yards. 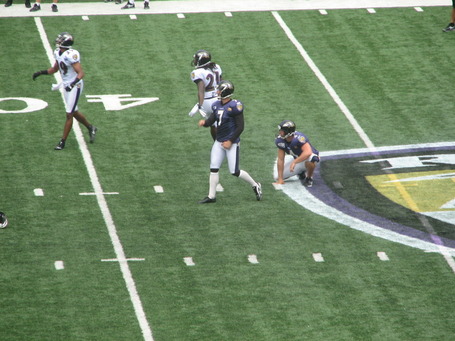