Share All sharing options for: Ravens Stadium Practice A Hit With Fans

Despite the caution prior to the Baltimore Ravens practice at M&T Bank Stadium today that fans should not expect autographs, most, if not all the players stayed around for a long time afterwards, spread along the railing of the field signing for fans. Whether it be stars, such as QB Joe Flacco or unknowns such as undrafted rookie CB Michael Ricks, the fans, small and big kids alike, stood patiently and waited. 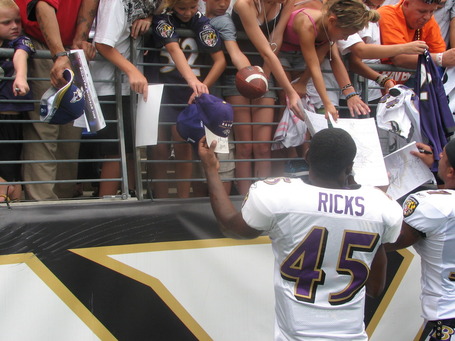 Even head coach John Harbaugh did his part, meeting with the press immediately after practice, then heading back out onto the field to sign for the fans. Bltimore Beatdown got out there as well, to take photos and ask some of the players questions as they continued to sign. 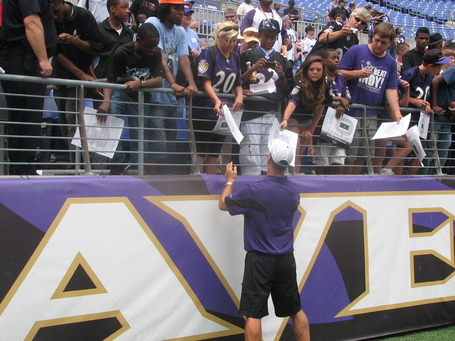