Through Laura Montez of Montez PR, I was able to get a few questions to Baltimore Ravens defensive lineman Cory Redding. Redding spent six seasons with the Detroit Lions and one with the Seattle Seahawks before coming to Baltimore in 2010. He finished with 42 tackles, three sacks and one interception, solid numbers for the eight year NFL veteran.

With the off-season continuing a lot longer than anyone expected, I wanted to know what he was doing, other than hosting his 5th annual football camp in Houston, Texas next week.

Baltimore Beatdown (BB): Other than these great youth football camps you organize, what are you doing to stay in shape for whenever this labor dispute gets settled?

Cory Redding (CR): I work out at least 4 days a week with weight training and running.  I do tons of cardio and stretching as well.

BB: As a veteran, how long of a Training Camp and how many exhibition games do you truly need in order to be ready for the first regular season game?

CR: I feel that 3 weeks of camp would be enough to condition and fine tune the players physically, refresh and go over the plays that have been installed in the off-season, and to prepare for the 2 preseason opponents. 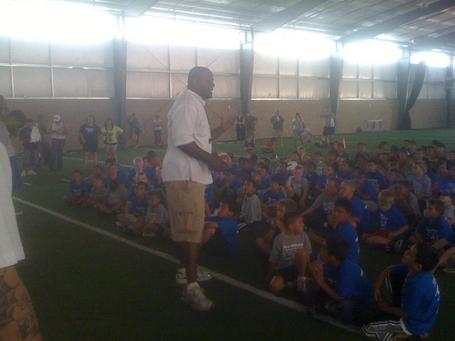 BB: Have you been keeping in touch with any other Ravens or NFL players on other teams?

CR: Yes. Brandon Mebane- Seahawks, Shaun Rogers- Saints, Webb-Ravens, Divens-Ravens, McKinney-Ravens and many, many more! It's always good to keep in touch with guys in the off-season to see how their families are doing and what they been up to.

BB: The Ravens went CB and WR in the first two rounds of the NFL Draft, when many thought they needed a pass rusher. What does that say to you in terms of the confidence that they must have in you and your linemates?

CR: I believe that says a lot to the guys we have on the roster now.

BB: Going from Detroit to Seattle and now the Ravens, how badly do you want that elusive Super Bowl ring and do you think this could be the year the team gets there and gets it done?

CR: I believe in my heart that with the guys we have on the roster, and the veteran leadership we have in the locker room, not to mention the young men we drafted this year, we should make it to the Super Bowl but we will take it one game at a time.

BB: Of all your years in the NFL, have you ever been part of a rivalry like Baltimore has with Pittsburgh and do you look for the Steelers game on the schedule more than any other?

CR: I look forward to that game a lot more now than I ever have. It is a tough, physical game and it is always a great game to watch! 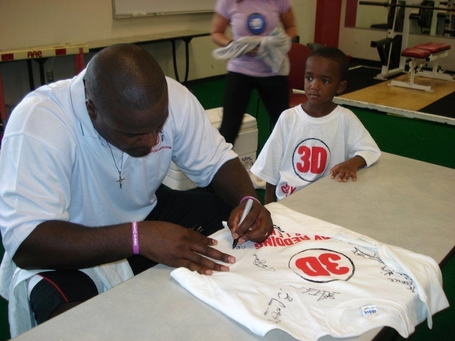