When the players on the Baltimore Ravens organized a 'players-only' workout yesterday at Towson University, a few rookies made the trip and had their first contact with most of the veterans on the team when they stepped out onto the field at Towson's aptly-named Johnny Unitas Stadium. The veterans seemed to welcome them with open arms and acted as coaches in some circumstances during the drills.

Running back Ray Rice spent time with rookie RB Anthony Allen (Georgia Tech), showing him how to run receiving routes with a head fake to get open, and then introducing him to the media after practice. 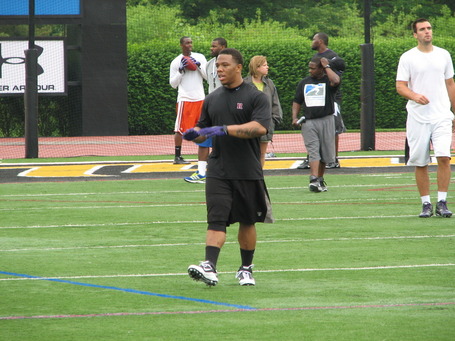 Veteran wide receiver Derrick Mason spoken constantly with rookie WR's Torrey Smith (Maryland) and Tandon Doss (Indiana) as well as new Raven James Hardy, who was drafted by the Buffalo Bills but was released and signed by the Ravens. 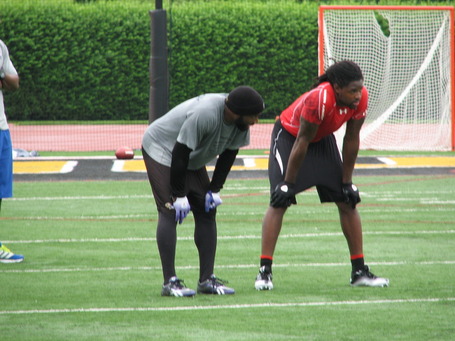 QB Joe Flacco is entering his fourth season in the NFL and is now a veteran starter, having not missed a single game in those four years. He stood and spoke with rooke QB Tyrod Taylor (Virginia Tech) during lulls in the passing drills, along with other veterans. 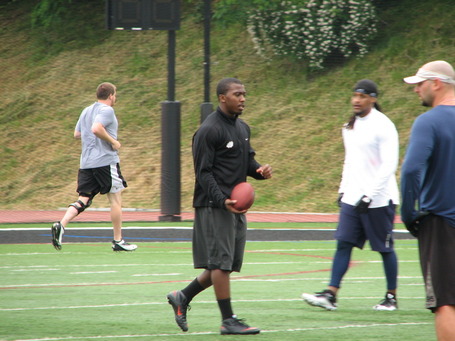 It's good to see the guys getting together during the NFL Lockout, as the veterans know what they need to do to prepare for whenever the season does end up starting. However, the rookies are missing valuable educational opportunities with the coaches, playbook and team activities, such as mini-camps and OTA's. Their learning curve will have to be shorter than normal and these opportunities to get together with the veterans are priceless in that aspect.