The players were on the field around 8am and off of it by 11am. In between, they did some conditioning drills under the watchful eye of Mac James from Athletic Dominance. After warming up they ran pass patterns with minimal defensive coverage from the few defensive players in attendance. Finally, before leaving the field, they gave interviews to the assembled media, with the main theme of their responses being how good it was to get on the field with their teammates. 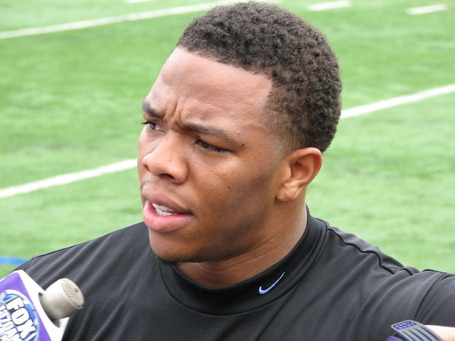 Running back Ray Rice was the first to approach the media. When asked what he was doing in this down time, he responded:

"Staying in shape, getting quality work in. Nobody's wasting their time. I'm just a guy who stays positive. I'm excited to be out here being a kid, teaching a bit. I'm sure the coaches are doing their jobs."

Rice was asked about teammate Ray Lewis' comments in a recent ESPN interview where he said that if there was no football that crime would go up. Rice thought the comments were accurate, saying,

With the prospect of Training Camp being delayed, Rice said,

"I need two weeks, but there's no substitution for hitting and contact."

(Click on the 'Jump' for more players' comments and photos) 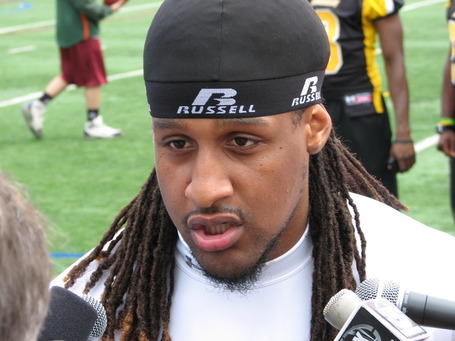 Anthony Allen (rookie RB - Georgia Tech): "I want to get in here, get a playbook and get studying." 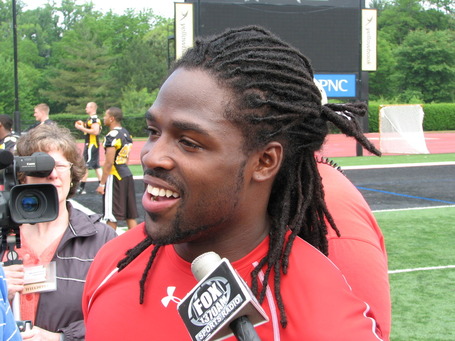 Torrey Smth (rookie WR - Maryland): "Nice to workout with the guys. Getting a feeling being around the players."

On so many ACC players being either drafted this year or already on the team: "The ACC is a great conference, under rated. Josh Wilson (CB from Maryland) was calling us the 'Maryland Ravens!'

On whether or not he ws buying a new microwave oven after making so many meals for his brothers growing up and earning the nikname, 'The Microwave King:' "Nah, I can cook now!" 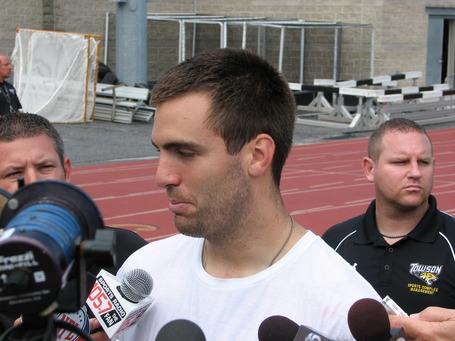 Joe Flacco (on getting to know his new rookie WR's): The young guys are staying at a hotel.and I'm staying with them." 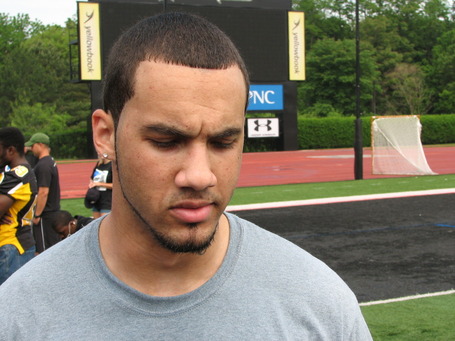 On how this practice helps: "I'm getting that team bonding."

On if he has seen the Ravens playbook: "I have. It's pretty thick, I'm not gonn lie!"

On how fellow rookie Torrey Smith's skills complements his: "Torry's a speed guy who can stretch the field, and I'm more of an underneath guy." 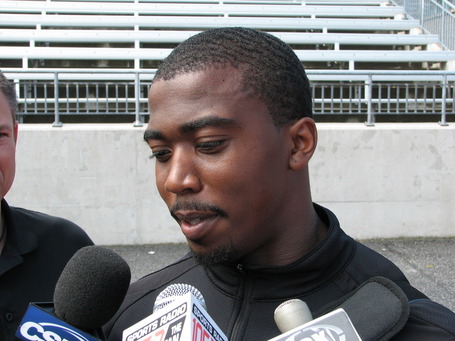 On what he's been doing to stay in football shape: We've been working out with Michael Vick"

On how Vick is dealing with Taylor breaking all of Vick's Va. Tech records: "Nah, we're cool. He was only there two years anyway."

On seeing so many ACC guys on the team: "It's good t be a part of the ACC guys." 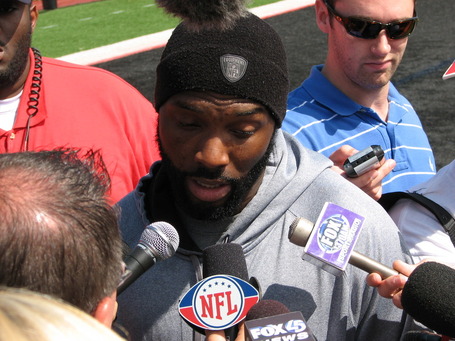 On how the rookie WR's looked today): "Tandon looked great. Torrey looked great. It was good getting these rookies out here to see how it's going to be."

On the NFL Lockout: "It's not our choice to be working out here. We'd rather be at 'The Castle.'

Best thing of all this morning? No injuries!