The Path To The Baltimore Charm

Share All sharing options for: The Path To The Baltimore Charm

Over the past two months, we've introduced you to a few of the players and their head coach from the Lingerie Football League's Baltimore Charm. The players have all tried to convince those who have not witnessed the games either in person or on MTV2 that this is real football, just played by sexy women in lingerie. Now let's meet a player who is in the process of trying out for the team, although it appears a lock that she will be on the final roster through her grit and determination.

Kyle DeHaven played soccer and basketball growing up and then not only played college hoops but continued playing professionally afterwards over in Europe. She comes from an extremely athletic family, as...well, let Kyle explain it:

Whew, see what I mean? But even with all that athletic prowess, how did she end up on the arena football field trying out for the Baltimore Charm?

DeHaven knew she had the athletic ability and growing up with three brothers made her not afraid of the physical contact.

"I heard about the LFL and the Baltimore Charm tryouts and knew right away it was something I wanted to try and be a part of. I always wanted to play football, and never had the chance. I grew up with 3 brothers so I enjoy the physical nature of sports, and don't shy away from contact. I do prefer to do the hitting though." 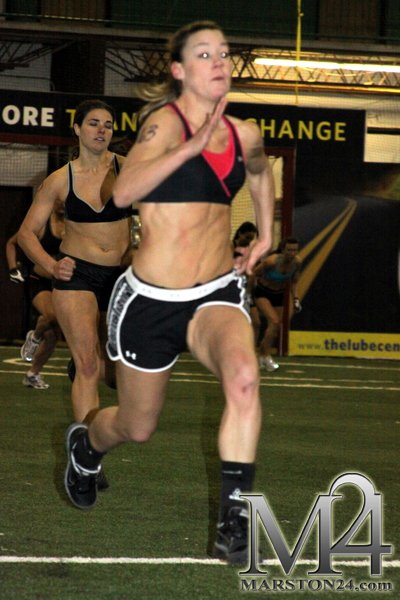 I asked Baltimore Charm head coach, Rick Reeder, what he saw in Kyle that made him think she could make the transition from those other sports to full-contact football:

"I saw straight hustle in her - everything that she did was 110% everytime - in tryouts and in practice - she is a pure athlete and that is the kind of player that I'm looking for for the Baltimore Charm."

Coach Reeder spoke to Kyle and gave her additional confidence that he could teach her to become a football player as she already had the intangibles that he was looking for and she is ready to do whatever the coach wants to contribute to the team:

"I think he likes my hustle and athletic ability, but I probably need to pick up more football terminology and techniques. I've very competitive and I've always had a lot of energy. Growing up playing everything with my brothers, I never wanted them to see me as a liability and I always wanted to make them proud of me. If possible, I would like to play offense and defense, whenever and wherever I'm needed.  I want to play and contribute to the team, so I'll play anywhere the coaches feel I can help the team the most." 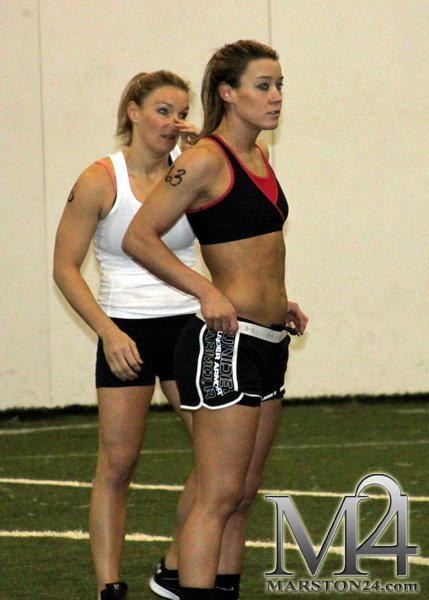 Kyle has felt welcome from what will be her future teammates and continues to workout and practice for the ultimate chance to put on those flimsy foam shoulder pads and lace up those,er...uniforms for the honor of stepping out onto the arena field and finally becoming a member of the Baltimore Charm.

"The other girls have been great so far. I know I'm a new player trying out this year so I have a lot to learn but all the girls have been very helpful. I also grew up playing soccer and basketball with (current Charm player) Kacey White so she has made me feel really comfortable out there. I workout regularly, and I'm an assistant director of training and athlete performance coach for Next Level Fitness and Performance in Haymarket, VA. I often workout in a sports bra and shorts, so that (the uniforms) won't be too different.  I may have to adjust a little to wearing a helmet and pads."

Good luck, Kyle and we're sure to be watching when the Baltimore Charm start their 2011 season later this summer!