Baltmore Ravens safety Tom Zbikowski won his 2nd professional boxing match of his career last night by a technical knockout (TKO) over Richard Bryant in Las Vegas at the MGM Grand Hotel. In his only other pro fight, Zbikowski knocked out his opponent at :46 of the first round. In earlier interviews, 'Tommy Z' as he is known in the ring, said he wanted this fight to go further to showcase his boxing skills, rather than being just known as a hard puncher.

Zbi got his wish Saturday night in the first fight of the evening on the undercard of the Miguel Cotto-Ricardo Mayorga main event. Unfortunately, it only went a few seconds longer than the first fight of his pro career. Zbikowski knocked out Bryant at 1:45 of the first round on a vicious body shot that crumbled Bryant to the canvas. Bryant staggered up by the end of the count, but the referee stepped in and called the fight, thus ending in the TKO.

See another story on this in the National Football Post.

(See more on the fight at Top Rank Boxing, and click on the 'Jump' to see some photos from the fight) 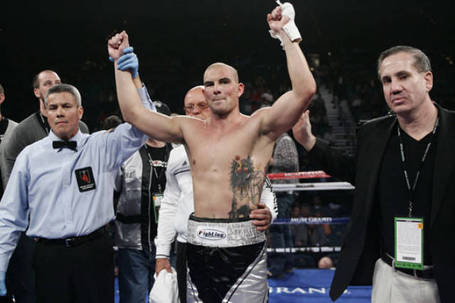 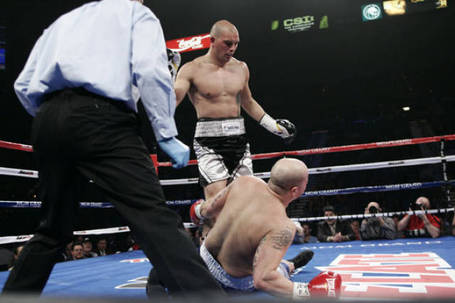 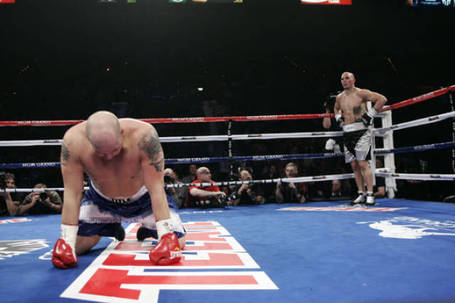