Warning! This Box Is Full Of Sheet

Share All sharing options for: Warning! This Box Is Full Of Sheet

That's what the top of the box says when you first see it. Baltimore Ravens Ray Rice is promoting these new Sheets Energy Strips. You peel them off the "sheet" and place it on your tongue and then wait for the burst of energy to hit you. Each "Sheet" has 100 mg of caffeine as well as other vitamins that add up to zero calories and an easy "new way to do energy." As the box says,

"Fast, pocketable and powerful, Sheets have NO sugar, NO calories, loads of B Vitamins and a refreshing kick! Why drink your energy? Take a Sheet!"

I tried the two flavors I received, Cinnamon Rush and Berry Blast. Both had hints of the flavor but it almost seemed you could taste the caffeine. However, within minutes I felt the rush that was exactly as advertised and with no "crash" it was virtually impossible to detect when the effects wore off.

Instead of having to down a drink or carry a bunch of little bottles around with you, just slip a ten-pack of "Sheets" in your pocket or purse and be ready for that rush of energy you might need at a moment's notice. Ray Rice endorse's it and if it's good enough for Ray, it's good enough for me! 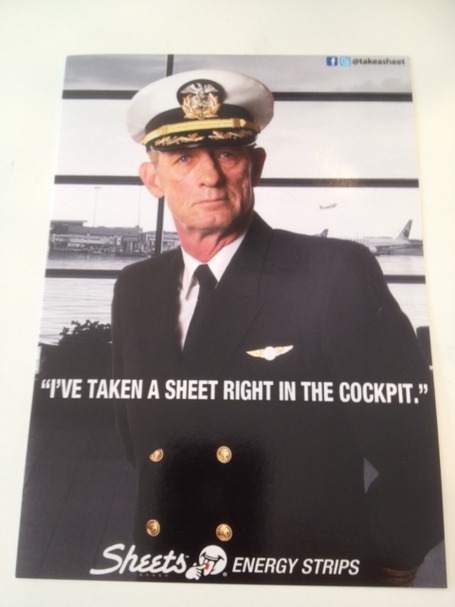