If there is ever a reason for any number to be retired and stay retired on any team in the NFL, the #19 jersey of Johnny Unitas should never again grace the back of an NFL player on the Colts, be it the old Baltimore or current Indianapolis version of the team. Since there is no Baltimore Colts display in the NFL Pro Football Hall of Fame and all the old Colts records and memorabilia there are listed under the Indianapolis Colts, why shouldn't the retired jerseys of the old Colts be considered "off-limits" out of respect as well?

That doesn't appear to be the case, as the Indianapolis Colts have a player who was given the #19 jersey. Kole Heckendorf is a wide receiver who has bummed around the NFL since 2009, having been signed by the Green Bay Packers as an undrafted free agent. He's had stints with the Detroit Lions, Seattle Seahawks and San Diego Chargers but never really has gotten a sniff of playing time. 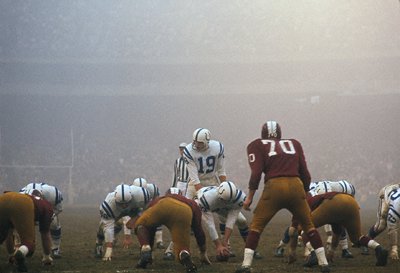 Signed as a free agent by the Colts, he was "awarded" for his meritorious service by being asked to wear the hallowed #19 Colts jersey last worn by the legendary Hall of Fame QB Johnny Unitas. Heckendorf was placed on Injured Reserve in August by the Colts, so you will not be seeing that jersey number on the field when the Colts come here to M&T Bank Stadium to face the Ravens in week 14 on December 11, 2011. 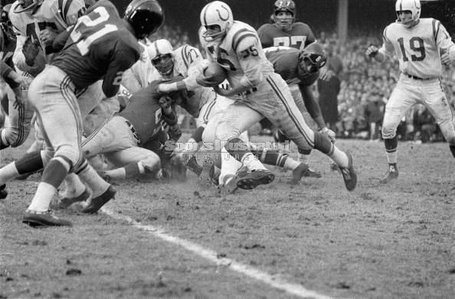 While Heckendorf probably had no idea who once wore this jersey number for the Colts, he also probably didn't know this could end up being such a firestorm of a public relations nightmare and continue to throw fuel on the fire that remains between the two cities and especially the Irsay family.

What were you thinking, Jimmy Irsay!?