Today is 'Military Appreciation Day' at the Baltimore Ravens Training Camp. Any uniformed members of the armed forces are given special seating and access to the team and the coaches all wear camouflage ball caps to honor them. The stands were packed with military men and women, along with their families, from one end of the field to the other.

During defensive line drills, I overheard d-line coach Clarence (CB) Brooks saying, "I love you like sons, but sometimes like sons, you piss me off!" Rookies Terrence Cody and Arthur Jones fetch everything the players need for drills and humbly wait until the veterans drink during breaks before approaching the water stations, just like a pack of lions on the hunt. 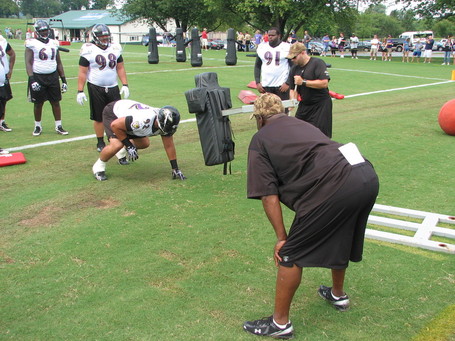 The military personnel are everywhere in their full fatigues, which must have them sweating like crazy. But then again, after experiencing the heat in Afghanistan and Iraq, this Baltimore weather is probably no big deal.

Todd Heap has had a great day, making a lunging grab off of a pass down the middle then a leaping one deep, while matched up with a dreadlocked Travis Fisher.

At another point, Joe Flacco's pass to Mark Clayton goes off his hands as perhaps he heard Dawan Landry's footsteps approaching quickly.

Shayne Graham hits a series of FG attempts, with the longest one of 51 yards, before Billy Cundiff matches him with his final one good from the same distance. 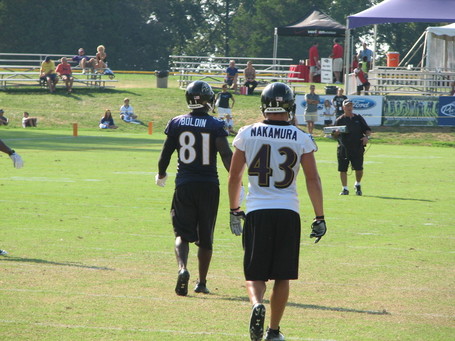 Haruki Nakamura makes a nice play knocking down a pass for Anquan Boldin over the middle in the two-minute drill. Flacco marches the team downfield, finally hitting Todd Heap on a short TD pass. Heap then alley-oops it for a leaping Ray Rice to dunk over the goalpost crossbar, but Rice fails miserably in his attempt. 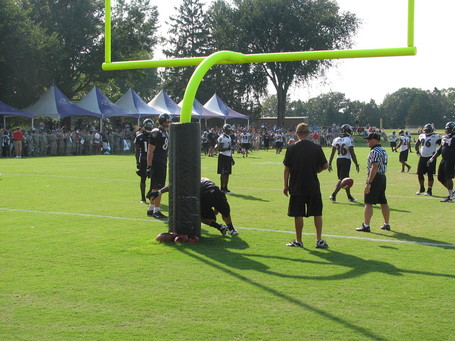 After practice ends, the entire team heads to the sidelines to sign autographs and pose for photos with the military personnel until everyone is satisfied. 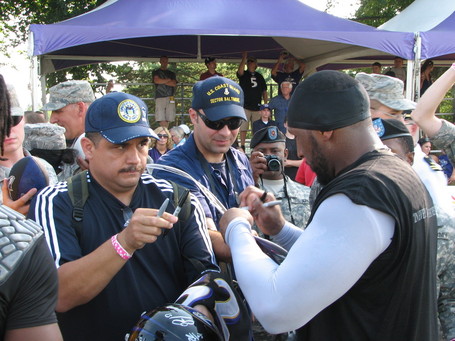 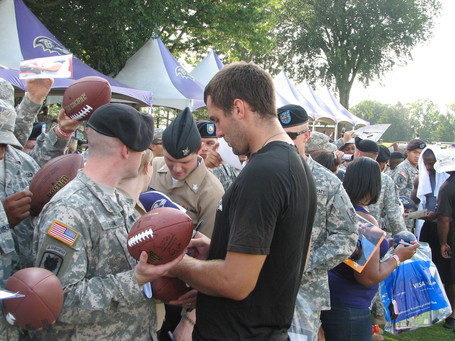 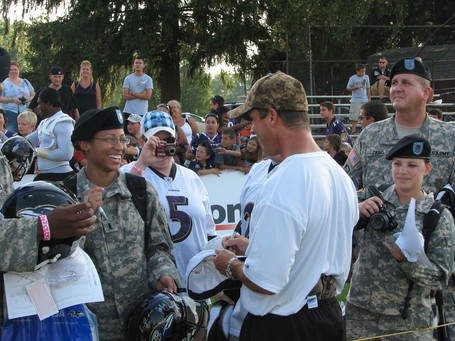