Michael Oher: Best on the Right Side in NFL?

Share All sharing options for: Michael Oher: Best on the Right Side in NFL?

Not according to the New York Times' Andy Benoit, who pegs the New York Jets' Damien Woody as the best right tackle in the game today. However, he does say that the Baltimore Ravens' rookie right tackle is already the second best RT after his initial NFL season, quite the accomplishment. Not bad for a guy who was largely unknown before the Ravens traded up to grab him in last year's NFL Draft and his life became an award winning movie that earned the bodacious Sandy Bullock the Oscar for the Academy Award's Best Actress, although at a cost of her cheating husband while she was out filming Oher's story. But alas, that is another unrelated story for another time.

If you read "The Blind Side," you will realize that the Ravens did not draft Michael Oher to be their right tackle for any length of time. No, he was and still is best suited to protect his QB's blind side and will be there on the left side of QB Joe Flacco at some point in the not too distant future, perhaps as early as the 2010 season. 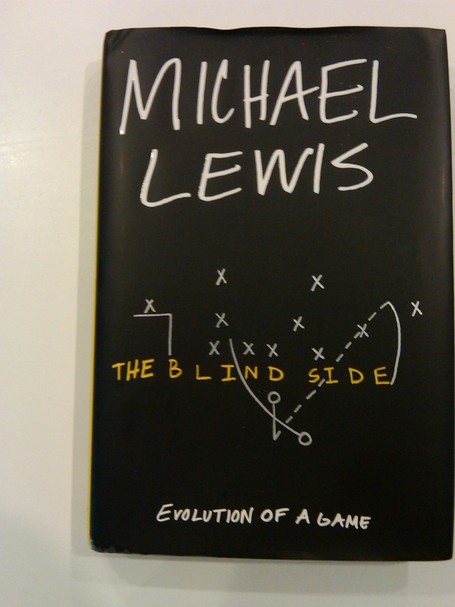 Comparing Oher to Woody is a great honor, as Woody has been in the NFL since 1999 and is a highly paid veteran lineman. Third on Benoit's list is the St. Louis Rams' Jason Smith, who was the second overall pick in the 2008 NFL Draft. So to see that Oher is in such prestigious company only proves what a steal he was late in the first round last April. Due to what should be in the Ravens future plans for Oher, it is doubtful he will be a right tackle long enough to make it to the top of the list. However Ravens fans, do not fret, as it shouldn't be long after he moves to the left side that he will rise to among the best LT's in the NFL.