Share All sharing options for: SB Nation Survey Worth $500

Now that I have your attention, SB Nation has rolled out a survey for everyone to fill out to learn more about our readers and your opinions about the world of sports. It should only take about ten (10) minutes to complete and there is a pot of gold waiting at the end of the rainbow. However, before you go hoping that you will be the one to end up with this tidy sum of cash, read on my friends.

SB Nation is always looking to improve the way they bring you the sports you love to read and discuss on this and all of the 200+ sports sites in our network. That's right, SB Nation boasts the largest sports network of blogs on the internet and Baltimore Beatdown is just one of the 32 NFL sites, along with ones on every team in every major professional, college and international sport on the planet (almost).

So if you are interested in helping The Beatdown win this $500 prize, then here is what you need to do...

Go take the survey right now. Between now and Thursday, March 25th at 11:59pm (PST), which for our mathematically-challenged readers is 2:59am on Friday morning (March 26th), SB Nation will be tallying up the number of people on each site that have taken the survey in proportion to the total number of members on that site. The site that has the highest proportion of survey-responders will  "win" the $500 to go to the charity of their choice. Here on Baltimore Beatdown, some of you might think our neediest charity is Mr MaLoR and I'm sure he'd agree, but that sadly, is just not the case. However, I would put it out there to the group of youse people to come up with a legitimate charity that we would agree to forward our winnings to (after a HUGE party at MaLoR's <---just kidding, sort of), that we all could be proud of.

So help a brother (or a sister) out, and let's show the network that our mantra of quality over quantityhere on The Beatdown is what makes us the top NFL site on the 'net. Thanks and take the survey here: 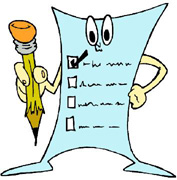 You can take the survey HERE