Share All sharing options for: And With the 25th Pick of the 2010 NFL Draft, the Baltimore Ravens Select...

The Ravens have certainly fulfilled the biggest need coming out of 2009 by trading for 3rd and 4th pick for Anquan Boldin, but that does not mean Ozzie's work is done with. We still have to fill our needs for a CB,DE, or LB. And we all know that the best way to improve a team, is to build it through the draft. Here a few prospects I think we should take a good long look at. 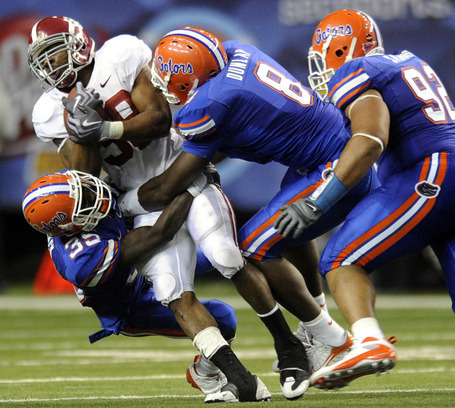 We need some help at DE, and seeing as Trevor Pryce will probably be playing his last season in the NFL next year, we need some contingency. My answer, Carlos Dunlap. As a Junior in 2009, Dunlap played in 13 games, made 29 solo tackles with nine assists for 38 total tackles (10.5 for losses) and 9 sacks. He also deflected six passes and had 2 quarterback hits. For his performance he was a consensus First-team All-SEC selection. Dunlap ended his collegiate career with 81 tackles (25 for losses) 19.5 sacks, 8 passes deflected and three blocked kicks. 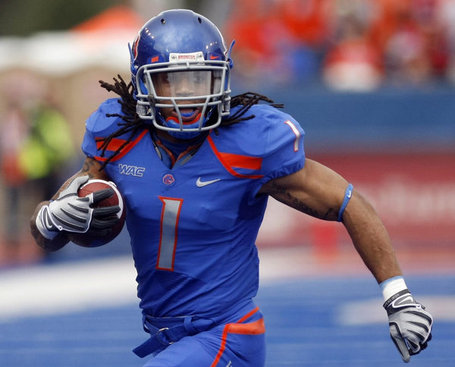 Look at the picture, it tells you everything you need to know; he gets the ball in his hands. Webb is our starter obviously, but I am not completely sold on Domingue Foxworth, all I saw from him last year was burn, burn, and more burn. He was always giving a 5 yard cushion to the WR and we were getting punished because of it. Kyle Wilson is my favorite CB option in the draft and we can develop him into a shut-down corner is a couple of years. In his junior season, Wilson led Boise State with 5 interceptions, 10 pass breakups, and 15 passes defended. He recorded 35 tackles, 26 of which were unassisted, and returned 33 punts for 470 yards and three touchdowns. Wilson started each game of the season, so injuries shouldn't really be a problem seeing as he started 33 games in his 3 year college career. 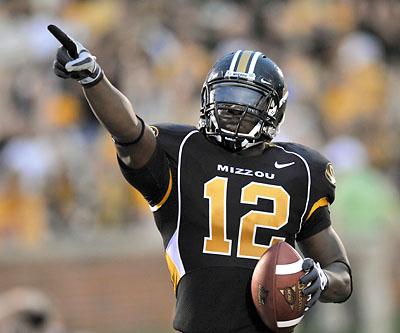 Ray Lewis isn't getting any younger, and we need a future LB to take over that gaping hole that will be left in our defense when he calls it quits. Sean Weatherspoon is my favorite LB prospect in the 2010 NFL draft. He played OLB in college, but I don't think it will really matter for him to take a couple steps over. He combined for 103 tackles in his senior year, 4 sacks and an interception. He finished his career with 388 tackles, 12 sacks, 3 forced fumbles, and 4 interceptions.