For those of you who caught the Baltimore Ravens year end Press Conference live on TV today, you might have heard me ask  a question about the possible future induction of former Ravens owner Art Modell into the Pro Football Hall of Fame. Those of you were weren't so lucky can either watch it on replay, online and just check out some of the comments here and on the earlier FanPost that some loyalists to The Beatdown have already posted.

As an invited member of the media, I was able to sit, watch and participate in the Q&A with the Ravens owner, Steve Bisciotti, GM Ozzie Newsome, Head Coach John Harbaugh and Team President Dick Cass. After the conference was over, some gathered at the front of the room for an informal conversation with Bisciotti for more comments on the team.

Apparently, my topic of Modell's induction into the Hall of Fame was a popular one.

Bisciotti continued: "I think it's a disgrace. I don't understand the writers and why they figure they can forget about the shit that Lawrence Taylor did and say we're not here to judge what he did off the field and just looked at the guy and said he's one of the greatest. Well, Art Modell is one of the greatest owners of all-time. They've completely singled him out and I don't understand how the writers can with a clear conscience say I love this power that I have to keep him out of the hall. I think it's a terrible injustice."

Beatdown: "But if you ask the Cleveland fans, they'll say they hope he dies a slow death and they'll do whateve rthey can to keep him out."

Bisciotti: "I don't feel sorry for them at all. Literally, within four months of Art Modell pulling up the league promised them a new team and said you have to give us a new stadium, and they produced a new stadium. The whole thing with Art just galls me to no end. Art wasn't a very good owner, he was one of the best."

Obviously, there was a lot of discussion about the current state of the Ravens, the issues with the Collective Bargaining Agreement and specific free agent and draft moves the team might be looking at but of course declined to give any specifics. It was great being at the Castle, which is truly a wonderful place to visit and I just cannot imagine the thrill of being on this team and enjoying it's benefits for the players on a regular basis. Most of the local media was there and some of them were friendly, such as Aaron Wilson, who writes for the Carroll County Times and National Football Post. I also saw many of the others, including Fox 45's Kristen Berset, who is sort of difficult to miss in that group. It was also good to see some of the team's interns who were so helpful to me this past summer while at Training Camp.

Check out the photos I took: 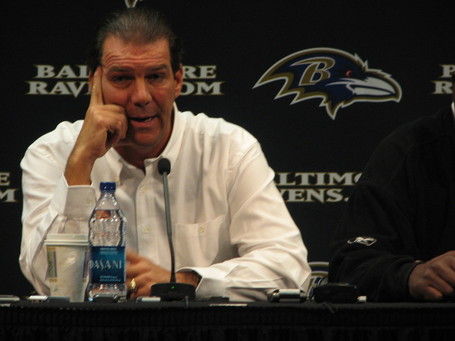 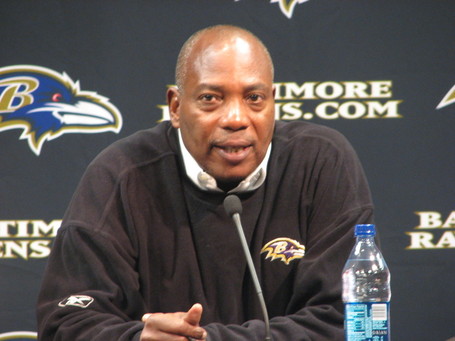 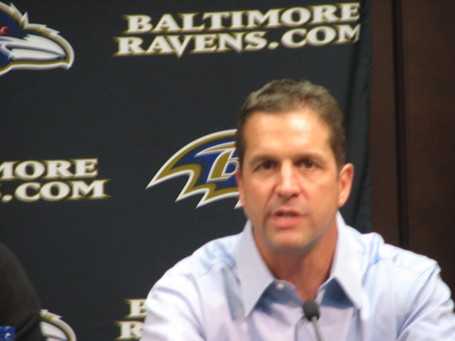 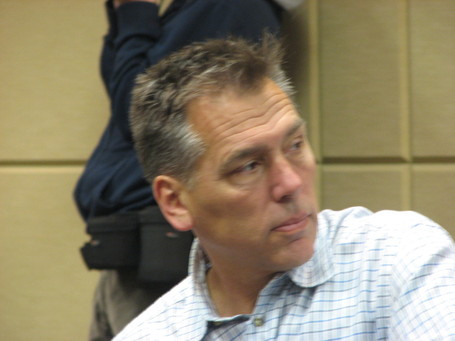 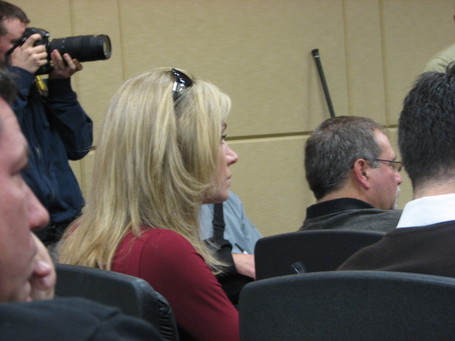