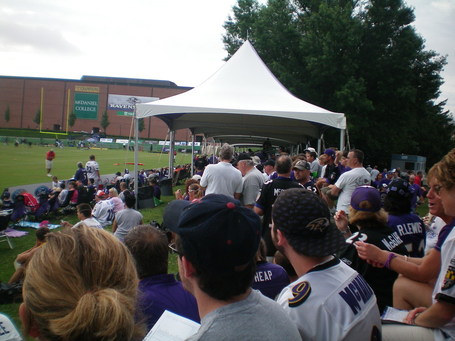 Today was the first day that all veterans and rookies had to participate in training camp. Held in Westminster, MD and McDaniel College which it has been since the days of the Baltimore Colts, it was a mad house today of fans and fun. 98 Rock was there early to have a pre-game show complete with a free breakfast and even ice cold beer served at 7:45 in the morning!

I have been going to the Ravens training camps since I was very young, and this was by far the most intense day of practice that I have ever been a part of. There had to have been around 10,000 fans and I even heard one gentleman sitting next to me say "There are more people here than there was at the Orioles game last night." Here is what I thought of today's practice after the jump.

Well, unlike Bruce who has a great position to take great photos 6 inches away from the players, I was in the bleachers with the rest of barbaian fans snapping away. Here are a few photos from my spot in the corner of the endzone. 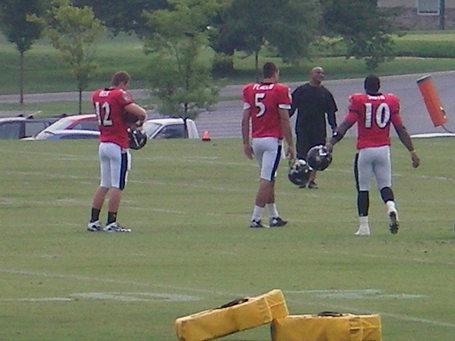 Bruce's prom date, Haruki Nakamura tending to a cut on his elbow and Tom Zbikowskit taking in the 10,000+ fans' cheers. 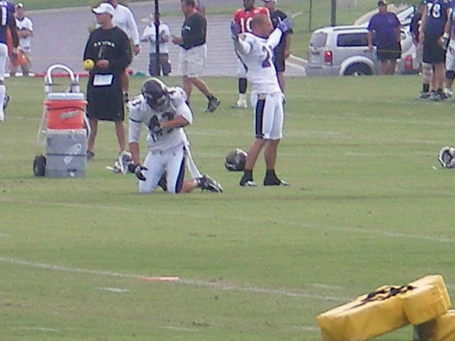 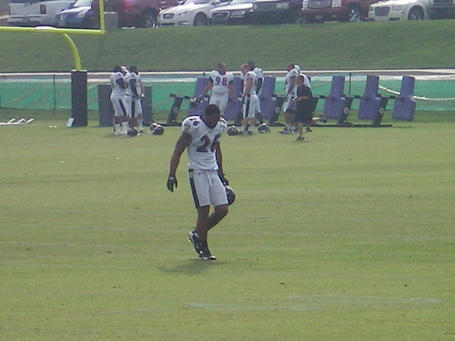 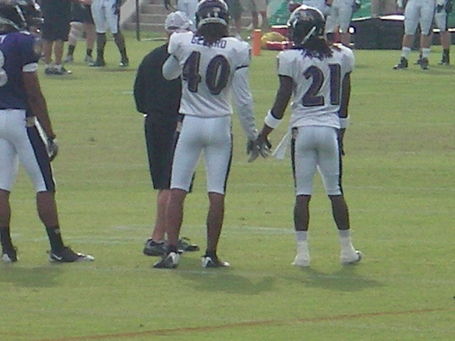 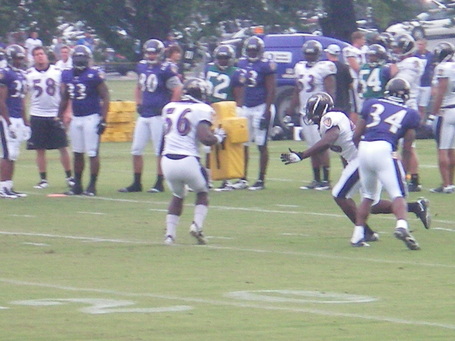 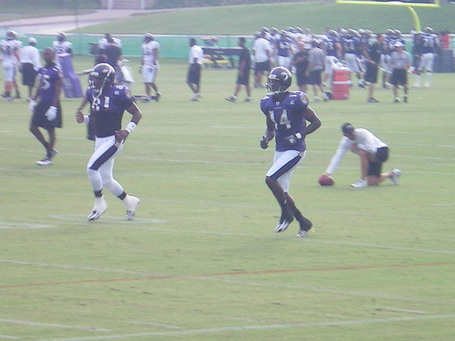 Thanks for reading and I look forward to reporting more training camps throughout the next 3 weeks for those who are not as fortunate to make a trip to McDaniel College.