Share All sharing options for: More Notes From Ravens Friday AM Practice 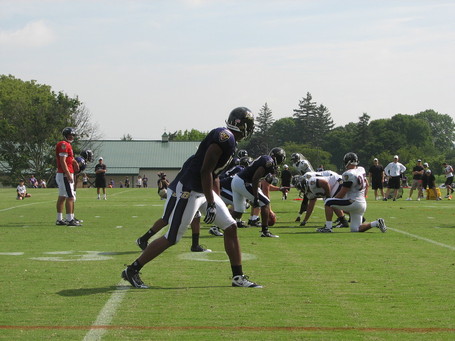 Troy Smith was QB-ing with a trio of tall wideouts on either side of him, Ernie Wheelwright, Justin Harper and Eron Riley, all over 6'3" in height. Ray Rice made a nice one handed grab of a Troy Smith sideline pass. Joe Flacco had a long completion to recently signed wideout Biren Ealy while Demetrius Williams caught a 17 yarder from Flacco just afterwards. Willis McGahee ran up the middle into a group of defenders, and you could hear the thuds of full contact on the sidelines.

Mark Clayton pushed off CB Frank Walker to make a sideline grab and then was taken down on a hard tackle by Dawan Landry. The referees called Clayton for interference, as even the zebras need Training Camp.. A misdirection running play had RT Michael Oher knocking DT Justin Bannan to the ground. 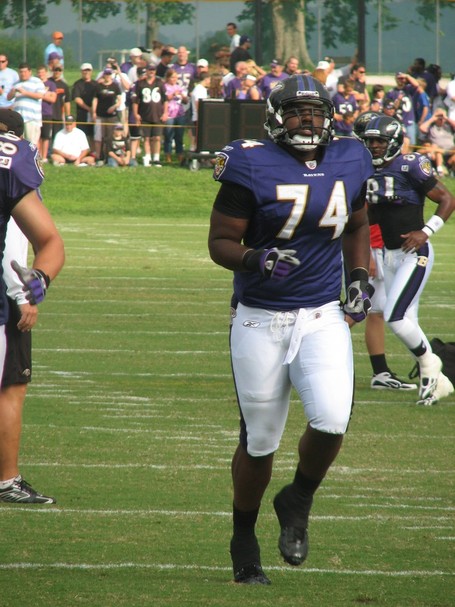 Troy threw a bullet to WR Justin Harper, who stiff armed the helmet off of cornerback Chris Carr's head. Mark Clayton went up to grab a high pass from Flacco and was unceremoniously slammed to the ground by rookie CB Lardarius Webb. 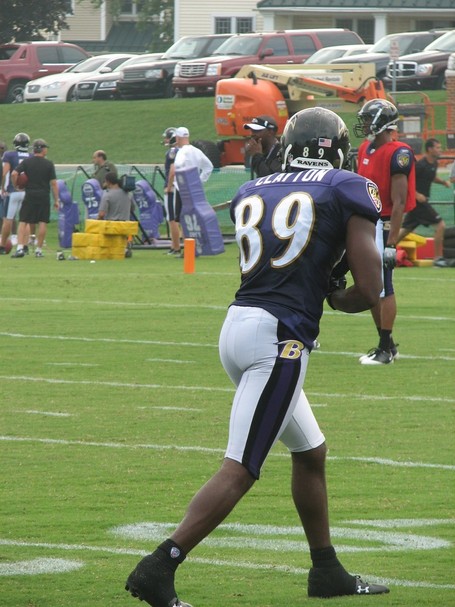 I notice that while most of the other players trot on and off the field, Kelly Gregg sprints out every time like a kid who is just happy to be playing the game. 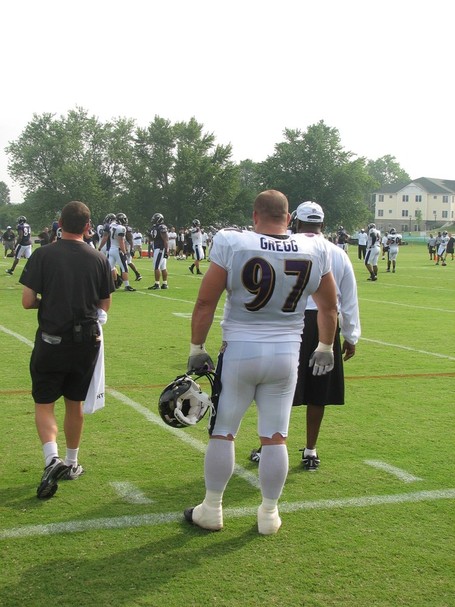 Webb's good defense got kudos on the sidelines from Ray. Troy Smith rolls out and throws a short crossing pass to rookie TE Davon Drew that goes off his fingertips on a pass that he should have caught.

Last part of practice is the kickoff drill, with Graham Gano booming shots into the end zone. 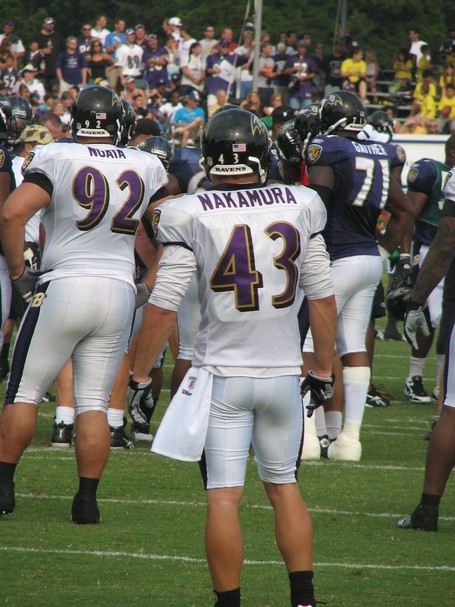 My new "buudy," Haruki Nakamura came off the field in front of me, sees me and give me the cool nod of acknowledgement. Justin Harper fist-bumped me after practice on his way tot he locker room. There's former Baltimore Colt great Lenny Moore, talking football technique on the side. 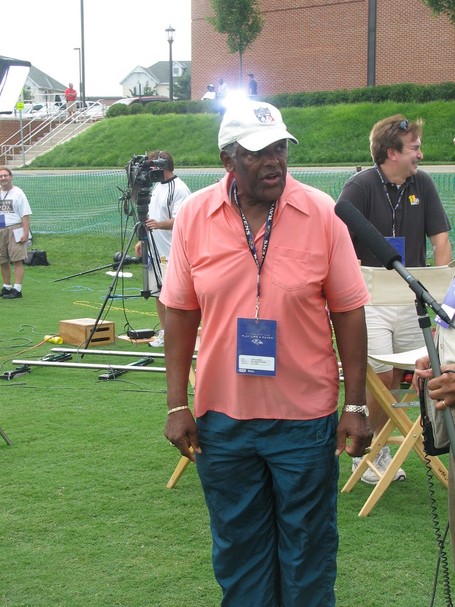 As the players head to either the locker room or do to interviews, I see one little girl up front against the fence. She can't be much older than six, wearing a pink #9 Steve McNair jersey. She has casts on both arms due to two broken wrists. Hopefully, she'll get to be first in line and receive whatever autographs she wants. 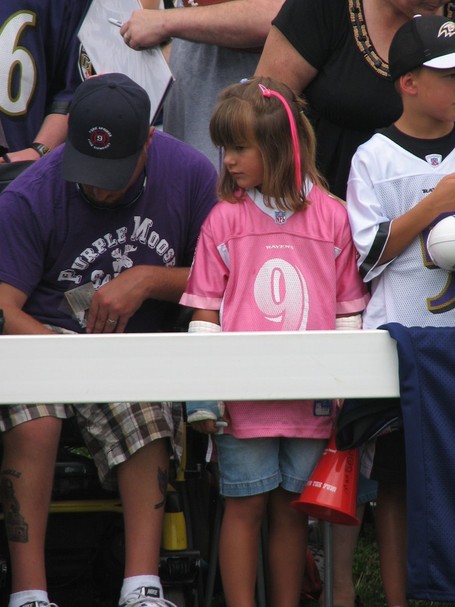 Lots of players head over to sign autographs for the fans, which was impressive. See my FanPost for my one-on-ones that I had.