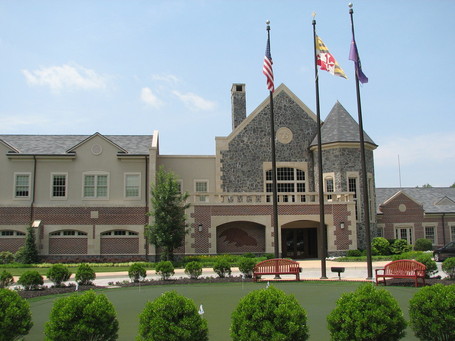 Baltimore Beatdown was honored and proud to be given the opportunity to attend today's Baltimore Ravens OTA, which was their designated "Passing Camp." Through the help of SB Nation and the approval of the Baltimore Ravens, I was only the second blog to ever be given credentials to attend one of their off season mini-camps at their Owings Mills Training Facility located at One Winning Drive, also known in these parts as the "Castle." 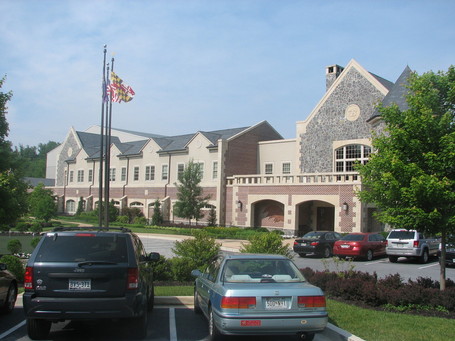 Before I go into detail about my day there, I must go out of my way to thank the Baltimore Ravens for the unprecendented access that Baltimore Beatdown has ever had to the team. Specifically, Patrick Gleason (Public Relations Manager) who was my contact at the Ravens and who also introduced me to both Kevin Byrne (Sr. VP, Public & Community Relations) and Chad Steele (Media Relations Director). Without Patrick's help and directions, I would not have had any chance at such an opportunity. The rest of the Baltimore Ravens staff that I met seemed to be willing to go out of their way to help, assist and point me in the right directions. For that I thank them all and it shows what a class organization they are and each employee seems to earn that reputation every day.

As you can see from the photos, the Training Facility is every bit as impressive, if not more so, in person than it is in print. No detail has been spared in the construction and operation of the building. You can see why when they bring in potential free agents, that along with the team, this facility sells itself right off the bat. It has to be the top Training Facility in the entire NFL. Upon entering, I was directed to the media room. It has a bunch of desks for the regular Ravens "Beat" reporters. One of the Ravens personnel then escorted us to the playing fields and showed us where we were allowed and more importantly, where we were not allowed. From our vantage points, you can see what a great view of the practice fields we had and the number of endless photo opportunities. 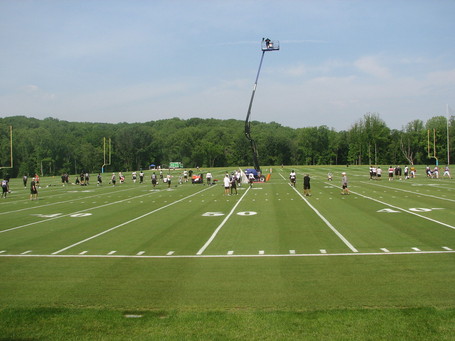 Interestingly, near the end of the practice session, one of the coaching assistants approached me, introduced himself and asked who I was. After introducing him to the Beatdown, we talked about the types of photos I was taking and the paranoia that many teams have about photos being posted that might show new formations or sets that could be used to gameplan against the team. We agreed that it would be in the best interests of all involved if I kept my published photos to closeups of the players.

I will get into more details of the offense, defense, Special Teams and player interviews, as well as posting more photos in future posts. Stay tuned.