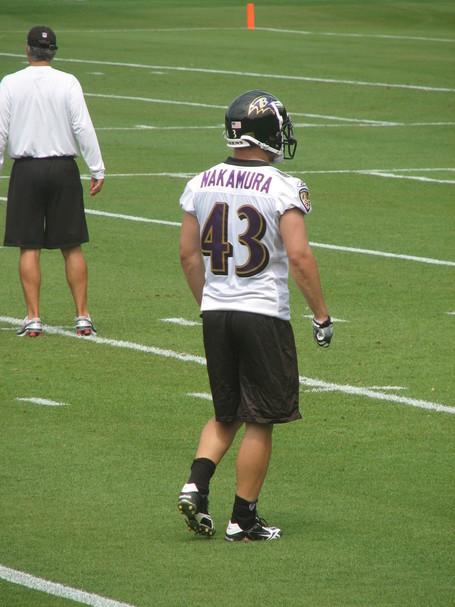 As part of the unprecedented open access that I was granted at this past Tuesday's Baltimore Ravens final OTA before Training Camp begins July 29th, I was able to go into the locker room and talk with the players one-on-one to get their thoughts on the upcoming season as well as last year's. Most of the media circled the bigger stars (Derrick Mason, Trevor Pryce), so I looked around and found some familiar faces in the guys I've traded emails with for previous interviews with Baltimore Beatdown, namely Haruki Nakamura, Marcus Smith and Graham Gano. 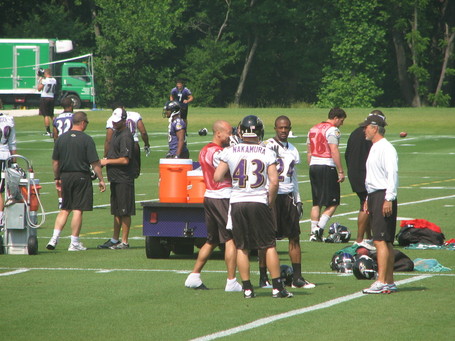 Using a nice, new and amazingly tiny digital recorder, I approached 'Ruki, introduced myself (and he remembered the previous interviews!) and proceeded to talk about a few things. We started off about his sister, Kimiko, who is his biggest and craziest fan, then moved on to his role and those of the rest of his defensive secondary mates, including his best friend on the team and fellow safety, Tom Zbikowski. 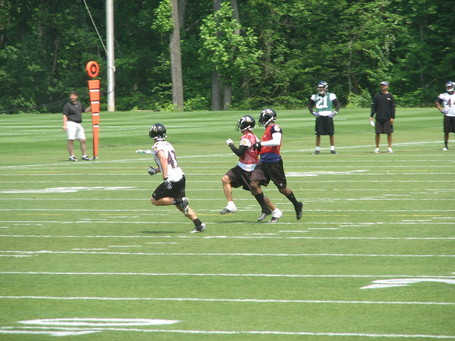 Click below to hear the interview in its entirety.