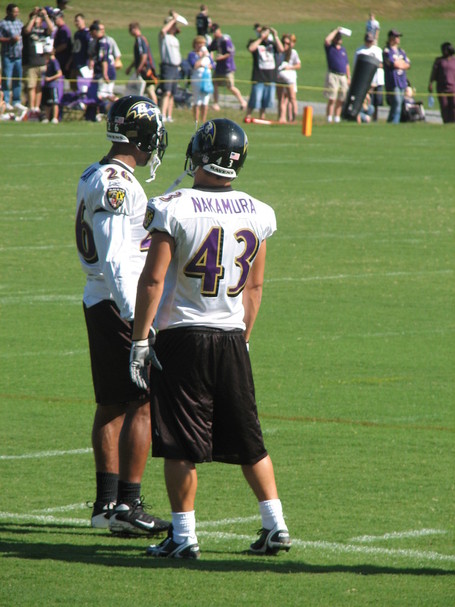 Those of you who have been part of this blog for a while might remember the interview I did with Baltimore Ravens safety Haruki Nakamura around a year ago on May 23, 2008. 'Ruki was a recently drafted rookie out of the University of Cincinnati as the Ravens 6th round draft pick. Now he is a "grizzled" 2nd year player, having been a part of the NFL's #2 ranked defense. After a year of professional football, we went back to him and asked him a whole new set of questions related to his first NFL season. Check it out:

Rexx: Now that you've been in the NFL for a full season, what was the one thing that you weren't prepared for?

Haruki: The one thing I wasn't prepared for was the 23 games that I had to play. You hear a lot about how long the season is but, 4 pre-season, 16 regular season games, and 3 playoff games was a lot more than I expected.

Rexx: What was the toughest thing to adjust to in the difference between the college and professional games?

Haruki: The toughest thing I had to adjust to was the knowledge of the game. I was known to be a very smart player while playing in college, but as you enter the NFL, you learn to be much more efficient with your decision making and reads, and things of that sort.

Rexx: Who on the team has become your closest friend?

Haruki: I would have to say Zibby (safety Tom Zbikowski) became my closest friend. We're all really close as a team but he and I seemed to bond very easily.

Rexx: What's it like to suit up and play with Ray Lewis?

Haruki: Suiting up is great, but I'm also two lockers down from him, so my experience so far as a Raven has truly been what being a Raven is all about. I have learned many things from him and Ed.

Rexx: Who on the team has give you the most advice and what was the best single piece that anyone gave you?

Haruki: There have been some great moments when guys have come up to me and give me great advice. But I would probably have to say Ray. He said, "I like how you fly to the ball, you make a living being around it, you'll be in this league for a long time."

Rexx: How did your body hold up over the course of the long NFL season, much less the incredible stretch of continuous games that the Ravens played?

Haruki: Haha, man I had more bumps and bruises that I think I ever had, but nothing new other than that. It's football, that's how the game works.

Rexx: How would you like to see your role expand this season?

Rexx: How was life on the road and what were the distractions that were hard to avoid?

Haruki: I really didn't have any distractions. I usually would just relax in the hotel or go grab some dinner.

Rexx: How tough was it to lose to the Pittsburgh Steelers three times in such close games, especially in the AFC Championship Game?

Haruki: It's extremely tough. They are our rivals. We have a better understanding of what it takes to get to a Super Bowl next year.

Rexx: How cool is it to go to the "Castle" in Owings Mills and work out in one of the nicest Training Facilities in the NFL?

Haruki: Where else would you want to train? It definitely makes going to work so much easier. It looks like your dream mansion on MTV Cribs. 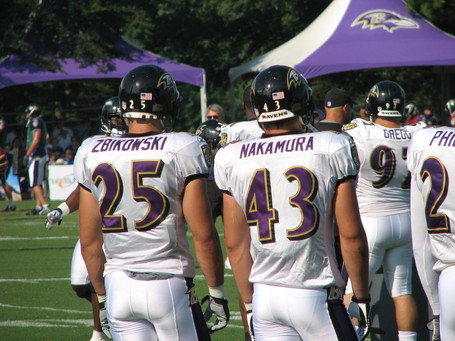