Although the team won't officially release the names of the undrafted free agents the team has signed for a few days, here is a look at the guys who appear to have been signed by the team for now. Other than the placekicker mentioned in an earlier post, Graham Gano of Florida state, there appear to be a few others that seem to have more than a decent chance to make the squad in 2009. A brief description of each one follows.

Ellerbe struggled in 2008 with a sprained knee and a torn chest muscle prevented him from testing at the NFL Combine. However, he is an undersized but athletic and aggressive LB that was originally projected to be a 2nd or 3rd round draft pick going into the 2008 season. See his YouTube video here. 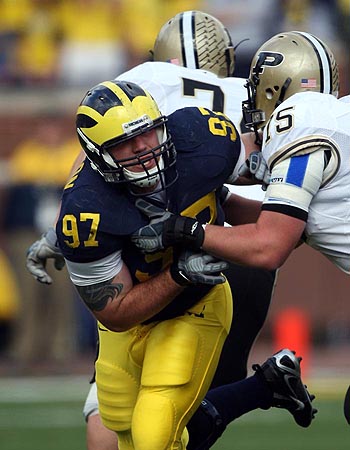 Johnson was not drafted in this draft, but impressed the scouts and onlookers as he put up an astounding 47 reps of 225 pounds at the team's Pro Day, breaking the all time NFL Combine record held by former Wolverine Jake Long, who put up 42 reps last year. 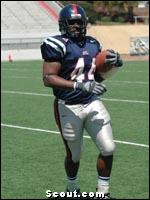 Cook, a team captain for the Rebels, was primarily a blocking back and should have a good chance of being the lead blocker for the Ravens trio of RB's this season.

Riley is a tall receiver who ran a 4.34 40 yard dash and had 22 TD's and over 2400 receiving yards in his college career. He totaled 61 receptions for 693 yards and 8 TD's in 2008. He also has a 40" vertical and made 2nd team All-ACC honors. Similar, if not better stats against similar competition as Maryland's Darrius Heyward-Bey, the Raiders top pick in the NFL Draft. Here is a clip from Riley's YouTube video.

While runing a 4.43 40 yard dash and a 41" vertical, Williams was relatively unimpressive with only 10 receptions for 124 yards and one TD in 2008. He appears to be a long shot to make the team.

Goldberg was a 2 year starter at LT, and is a local product from Lutherville, MD. (NOTE: While offered a contract w/ the Ravens, Goldberg decided to sign w/ the KC Chiefs instead.) 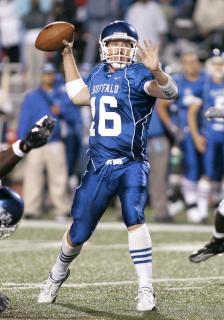 Willy is an interesting sleeper pick for a team that seems pretty well set at QB. He is the University of Buffalo's all time passing leader and led them to their first winning season in Division I-A, with 3304 yards, 25 TD's and only 6 interceptions. 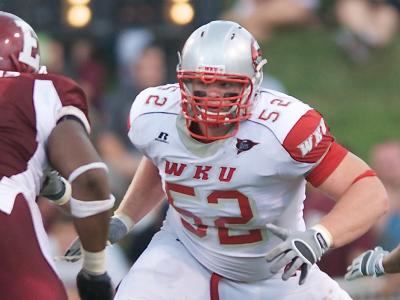 Ryan is a three year starter, including all 12 games in 2008, who played in multiple positions on the offensive line, which could prove versatile to the Ravens. 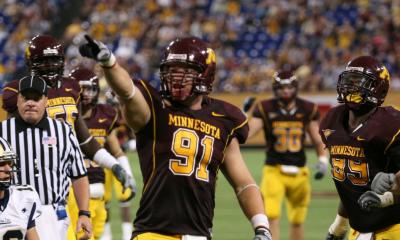 VanDeSteeg, the Golden Gophers team captain, is Minnesota's all time leader in tackles-for-losses, with 44.5 and 4th in sacks with 21.5, including 10.5 in 2008. As a 1st team All Big 10 selection, his size may make him ideal for a hybrid position.