Remember Last Time We Went To Tennessee For A Playoff Game?

Share All sharing options for: Remember Last Time We Went To Tennessee For A Playoff Game? 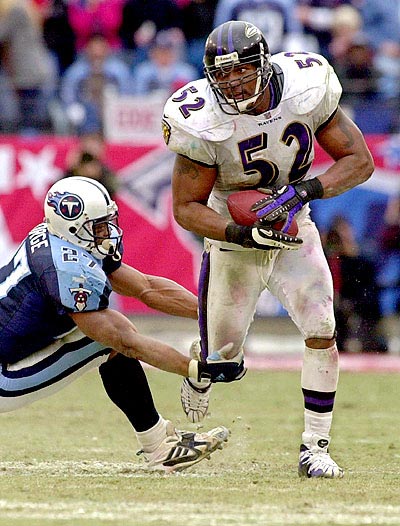 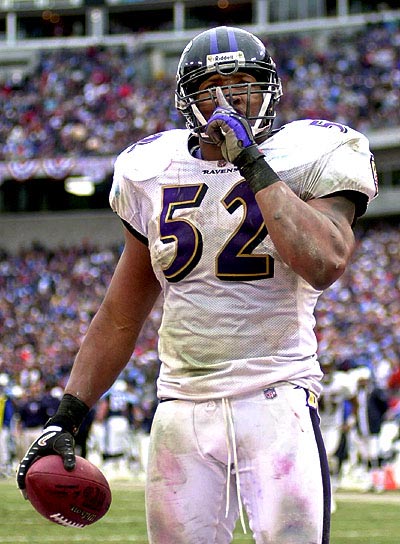 Sorry, I just had to post these photos I found on the web. The last time the Ravens visited Nashville for the playoffs, the situation was earily similar. The Titans were the #1 overall seed and the Ravens came in as a Wild Card. The Titans were favored and the Ravens put perhaps one of the original Baltimore Beatdowns on them 24-10, on their way to their Super Bowl Championship. The Ravens were also the first visiting team to ever defeat the Titans in what was their new home at the time. Therefore, being the visitor there this weekend does not faze me in the least. Being a visitor apparently does not faze the rookie QB, Joe Flacco as well, seeing that his away stats are even better than his home ones.

Regurgitating the game earleir this season is not really something I want to revisit for obvious reasons. I don't want to blame the refs for losing that game, but they certainly had a hand in allowing theTitans to continue their gamewinning drive. However, we still didn't stop them and therefore they got the win and we just continue to complain how we got jobbed by the refs. Doesn't matter anymore, folks, it's a different time of season. After 17 games, Flacco is just not a rookie anymore. The Dolphins said he would be flustered and he wasn't, just like he hasn't been all season. The Titans defense is certainly worlds above the Dolphins, but even so, that won't fluster him either.

While we will break down the game throughout the rest of the week, the only thing that is looming as scaring me is the weather report. Calling for cold rain and possible snow showers, we really haven't seen how Flacco handles the poor weather conditions. At the same time, if he hasn't been flustered by the defenses he's faced, then perhaps the weather is just one more thing he'll overcome, or so I hope.

Anyway, check out my posting over at Music City Miracles, but allow me the opportunity to post the responses to the questions. Feel free to comment on their postings or do so yourself. Lord knows the trash will fly the rest of the week and I rep'd you guys over there, telling them to be ready for your smack. So don't let me down and bring it!