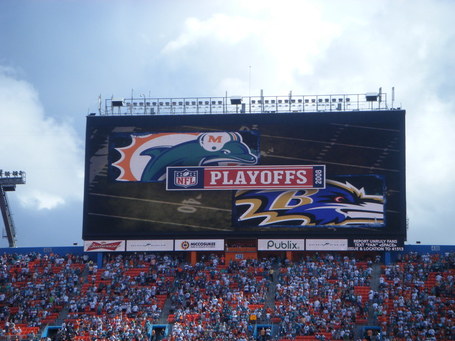 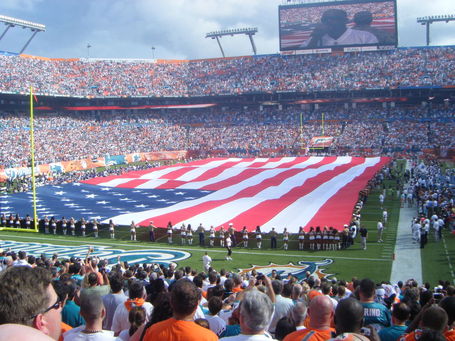 They were who we thought they were! The Baltimore Ravens demolished and demoralized the Miami Dolphins and their rabid fans yesterday in a typical Baltimore Beatdown, 27-9. I was terribly disappointed in the final score, as had Joe Flacco not scored that final touchdown, my pre-game prediction in yesterday morning’s post of 20-9 would have been dead on! In fact, after the Dolphins scored their lone TD of the day to make it 20-9 early in the fourth quarter, I turned to my cousin, a Dolphins fan, and said, "…there goes my prediction." His response? "Just wait, they’ll miss the extra point," which they went and did, making him, and possibly me, look pretty clairvoyant! Alas, that was not to be, as Willis McGahee made another back breaking long run with Joe Flacco sneaking the final yards to put the nail in the coffin.

I was surprised at how aggressive, rude and angry most of the Dolphins fans were before, during and especially after the game. In the October game, they were pretty tame, but I guess that was due to two things, as they were not yet division champs and I was sitting in the Club Level, where it is a touch more civilized than the lower end zone area. There were a few, sane and accepting fans as we walked to our car, giving us our props and wishing us luck against the Titans. Mind you, I said a few, as most were drunk and angry, beer and testosterone-fueled idiots, making the same personal comments that many Dolphins fan bloggers have made on this and the Phinsider blog all week long. Once again, I guess it was all due to the Hawaiian shirt I wore for good luck, as it worked in October and certainly did its job yesterday as well. 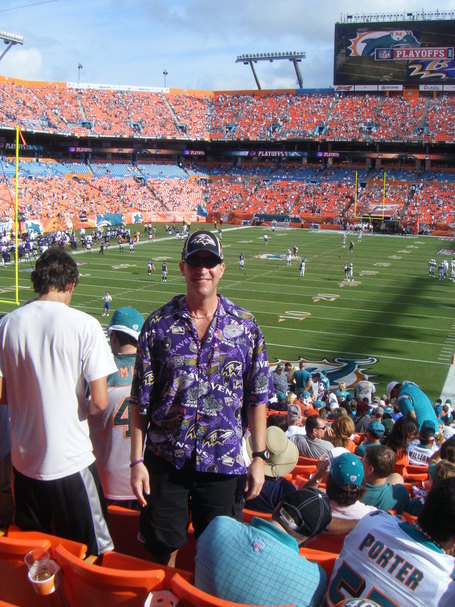 But enough of the Dolphins’ fans, how about those loud, proud and purple Ravens fans who made the long trip from Baltimore to brave the enemy harassment? There were a bunch of Ravens fans in our parking lot and I distributed a bagful of "FEAR THE RAVEN" purple wristbands to lucky Ravens fans to wear to show their pride.  We all high-fived each other when we passed in the stadium as if we knew something was coming that the Dolphins and their fans had no idea of what. The Dolphins fans on this and their blog said it didn’t matter that we might have 10,000 fans in the stands as their 65,000 would drown us out. Of course they would as long as the game stayed close. However, as I said in my comments and responses to their putdowns, 10,000 Ravens fans would be heard above the noise of 65,000 Dolphins fans stumbling up the steps out of the stadium as the clock winds down to a Ravens victory. And that was exactly what happened as the chant of "Let’s go Ravens" could be heard throughout with  a couple of minutes left in a contest which was over long before that.

And now onto the game. What can we say about this team, from top to bottom? The positives are almost endless at a time like this. The defense did exactly what we kept saying all week would happen. It’s not trash talking before nor gloating afterwards when your team goes out and backs up what your opinions and statistics have said all along. Ravens fans knew that this team was too physical for the Dolphins back in October and there was zero reasons why it would not happen again, which of course it did. The Dolphins fans thought they made too many mistakes to win, but to us it was because we made the mistakes happen. Sure Pennington made some poor decisions but we still made the plays. Offensively, we pushed the smaller Dolphins front line all over the field, gave Flacco the time to find his open receivers and he showed off the gun for an arm he had on the bullet passes as well as the deep balls. The long sideline rocket he completed to Mason before the end of the first half, who caught the ball and tiptoed the sideline was a thing of beauty. Mason got open all day and Clayton found holes in the secondary for first downs all afternoon. McClain and McGahee wore down then ran over a tired Dolphins front line, just as we said they would. 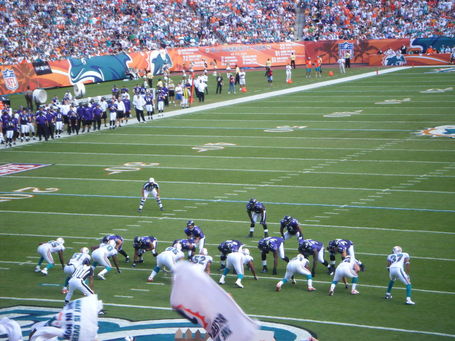 Defensively, it was almost too easy. We knew they couldn’t run the ball but they needed to find out for themselves, managing a weak total of under 60 yards. Pennington tried time and time again to make the big play, going deep with an arm that is just unable to throw the long ball, as evidenced by the floaters that were picked off four times on the day. The Dolphins and Pennington abandoned the things that got them to this point, which was the dink-and-dunk short passes across the middle, which also was the Ravens weak point. The Ravens corners were too fast and safety Jim Leonhard might have been the player of the game if not for Ed Reed. Leonhard was everywhere, making tackles, breaking up or intercepting passes and even returning punts. I’ve said all season that I liked him better than Dawan Landry and will hard pressed to be comfortable with him losing his starting job to him next season. Combined with the rookie safties, Tom Zbikowski and Haruki Nakamura, this team is set in the deep secondary, as all these guys could start for most teams in the league. What about Ed Reed? The votes for NFL Defensive Player of the Year were cast a week or so ago and even though I’d still give it to him, but there should have been no question after yesterday’s game. Heck, even league MVP should have been a possibility. However, since Harbaugh got zero votes for Coach of the Year and Flacco received zero votes for NFL Rookie of the Year, then I wouldn’t be surprised to see Reed overlooked as well. That is fine with me, as all those award winners are no longer in the playoffs and we are. 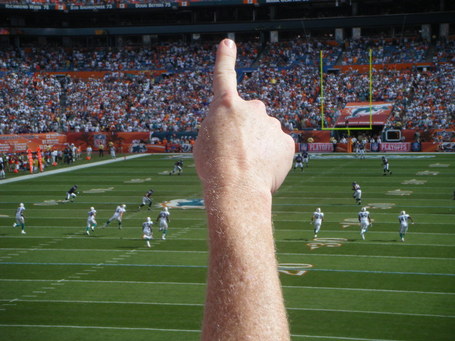 Flacco wins the first game by a rookie QB on the road in NFL history.  The Ravens win a game by 18 points  in which they were favored . Over the course of the season, our wins have been by the exact same average of 18 points. That’s exactly what good teams are supposed to do, soundly defeat the opponents they are favored over. Now on to Tennessee and a rematch with the Titans. But before we go on to Saturday’s game, let’s spend another day reveling in an overwhelming victory.