Sorry for the late posting, guys, as I just returned from Florida after watching our Baltimore Ravens dominate and demoralize the upstart Miami Dolphins. I fully expected the "other" Ravens and the "other" Dolphins to show up yesterday, but instead I was treated to a wonderful and efficient victory on the road in the enemy's crib! I also stand humbly in front of you, asking for forgiveness from all the fans who told me that my pick of the Dolphins in Sunday morning's prediction post was going to be incorrect. I saw two teams going in different directions, but I guess I got the colors and names mixed up. I thought the Ravens would stumble, bumble and fumble their way to a defeat, while the Dolphins, who had already beated the two teams from the 2007 AFC Championship Game, would deflate the Ravens some more after we had lost three in a row to two of the tougher teams in the league.

Boy, I could not have been more wrong. The Ravens played nearly flawless on both sides of the ball, with the offense looking totally in sync, as they won the game on the field as well as in the statistics and especially time of possession. QB Joe Flacco had his best game as a Raven, with only one fumble, which we recovered (there could have been a lost fumble had the Dolphins not been penalized on the play, negating the turnover), no interceptions and a QB rating of over 120. Willis McGahee lasted the entire game and gained over 100 yards on a bum knee, gaining critical yardage when we needed it the most to keep the long, time consuming drives going. While he fumbled the ball on the Dolphins five yard line, the defense held and he then redeemed himself with a TD a few minutes later to seal the victory.

The defense gave up a bunch of passing yards, but still held fast when it mattered, as they bent but did not break other than the one TD drive by Miami in the third quarter. It is this writer's humble opinion that the Dolphins gameplan lacked the openess it needed to beat this defense and after seeing what the previous three teams did to us, the Dolphins play calling was questionable at best. Chad Pennington looked more like the old, slow weak armed player that I originally thought he was before the Dolphins started winning as of late. Their defense was punched in the stomach over and over by our offensive line and running attack, and the passing game protected Flacco enough to hit his always open receivers, including Todd Heap and of course, the wonderfully talented Derrick Mason.

While we next host the Oakland Raiders at home in a game we will now, once again, expect to win, we should not take this Raider team, or any other for that matter, too lightly. Oakland is a tough team and has a great,...er...field goal kicker! We certainly can't get into a field goal kicking contest, even though Matt Stover finally hit one from beyond the forty. Sebastian Janikowski won the game for the Raiders over the Jets yesterday with a kick of well over 50 yards and although he may not be as accuarate as Stover has been in the past, I wouldn't exactly call our kicking game a stong pont of our offense at this time.

As far as being in Miami as a fan, I was surprised and pleased to see such a large contingent of Ravens fans all over the stadium. They were loud, proud, purple and organized, as I kept on hearing, "Let's go, Flacco!" all afternoon long, and "Heeeaaapppp!" every time Todd caught a pass. It was great seeing a Ravens victory on the road, and then listening to the local sports talk radio tear apart the Dolphins and give major props to the Ravens ability to shut down their offense and their vaunted "Wildcat" package that had previously been so successful.

Below are some of the photos I shot from my seats in the Club Level. Their Club Level's seating area does not compare to M&T Bank Stadium, as it is around 25 years old, as opposed to ours, which opened in 1998. At the same time, the interior area of food stands, furniture, and "scenery" (if you get my drift) is far superior. 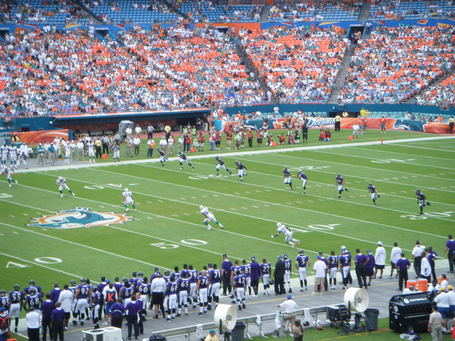 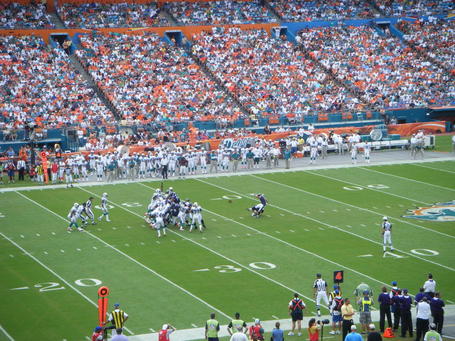 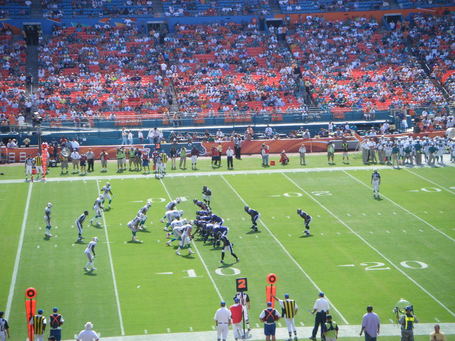 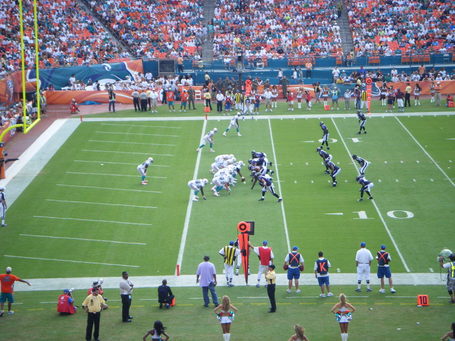 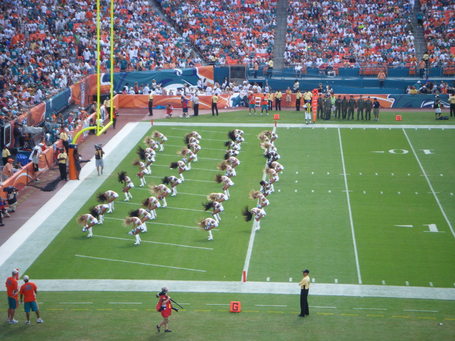 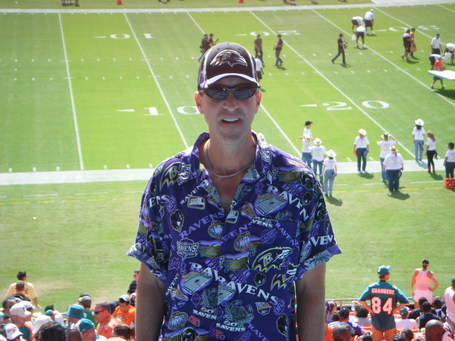